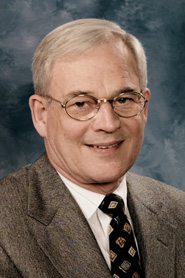 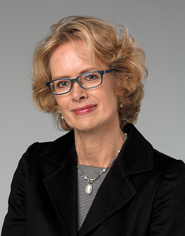 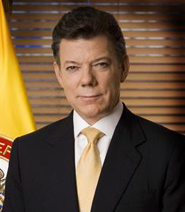 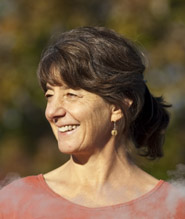 LAWRENCE – The University of Kansas College of Liberal Arts and Sciences has selected a civic leader, a curator at the Metropolitan Museum of Art, the president of Colombia and a MacArthur “Genius” Fellow for the highest honor given to its alumni.

The recipients of the 2011-’12 Alumni Distinguished Achievement Award are Robert Kipp of Leawood; Marla Prather of New York; Juan Manuel Santos of Colombia; and Marla Spivak of St. Paul, Minn. They will be recognized at individual events throughout the spring semester.

The award recognizes graduates’ contributions to KU, their professions or their communities. Honorees come from a wide range of disciplines, representing the breadth of a liberal arts and sciences education. The recipients are selected by the College of Liberal Arts and Sciences Advisory Board.

“It’s incredible that the very diverse careers of these accomplished recipients all have roots in the same place,” said Tony Arnold, president of the College’s advisory board. “Their achievements deserve recognition and serve as great real-life examples for students in the College to see where their degrees can lead them after graduation.”

Robert Kipp is a civic leader with more than 50 years’ experience managing city administrations, commercial development and philanthropic efforts. He has worked in city administration for Lawrence; Vandalia and Fairborn, Ohio; and Kansas City, Mo. During his tenure as the city manager of Kansas City he earned the International City/County Management Association Management Innovation Award and the National Public Service Award. Following his work as city manager in Kansas City, Kipp has served as president of the Crown Center Commercial District, a member of the Hall Family Foundation Board of Directors, the chairman of Crown Center and a vice president at Hallmark. Kipp graduated from KU with a Master’s in Public Administration in 1956.

Marla Prather is a curator and scholar who has helped develop collections at some of the most well-known museums in the world. Prather is a curator of modern and contemporary art at The Metropolitan Museum of Art, where she has been in residence since 2008. From 2005 to 2007, she was curator for American Art at Tate Modern, London, and from 1999 to 2004, the curator of Postwar Art at the Whitney Museum of American Art, New York. She joined the National Gallery of Art, Washington, D.C., in 1986, becoming curator and head of the Department of 20th Century Art from 1996 to 1999. From 1982 to 1984 she was curator of painting and sculpture at the Spencer Museum of Art, where she was also a lecturer in art history. Prather graduated from KU with bachelor’s degrees in art history and French in 1978, and a master’s in art history in 1981.

Juan Manuel Santos is serving his first four-year term as president of the Republic of Colombia. He was elected in June 2010. Santos served three years as defense minister to his predecessor, President Alvaro Uribe. As defense minister, Santos played a role in the 2008 rescue mission that freed Ingrid Betancourt, a former Colombian presidential candidate who was held captive by FARC, the Revolutionary Armed Forces of Colombia, a Marxist rebel group. Santos is following the footsteps of his great-uncle, who was president from 1938 to 1942. The Santos family founded El Tiempo, Colombia’s most influential newspaper, where Santos worked as an editor before serving as foreign trade and treasury minister in previous administrations. Santos graduated from KU in 1973 with degrees in economics and business.

Marla Spivak is a MacArthur “Genius” Fellow and Distinguished McKnight Professor and Extension Entomologist in the Department of Entomology at the University of Minnesota. Her research and extension efforts focus on honey bee health, breeding and behavior, and on the sustainable management of alternative pollinators. She has bred the Minnesota Hygienic line of honey bees, which demonstrates resistance to diseases and Varroa mites. Her current line of study centers on propolis, a plant-derived resin collected by bees; specifically the benefits of propolis to the immune system of bees, and antimicrobial properties of propolis against bee and human pathogens. From 1989 to 1992, Spivak was a post-doctoral researcher at the Center for Insect Science at the University of Arizona. She was hired as assistant professor at the University of Minnesota in 1992. She obtained her doctorate in entomology in 1989 at the University of Kansas under Orley Taylor on the ecology of Africanized honey bees in Costa Rica.

Nominations for Alumni Distinguished Achievement Award recognition come from alumni, faculty and staff. More information and nomination instructions can be found at clas.ku.edu. Follow the “Alumni & Friends” link. Students majoring in the College account for nearly two-thirds of KU’s enrollment. The College also employs more than 60 percent of the KU faculty.