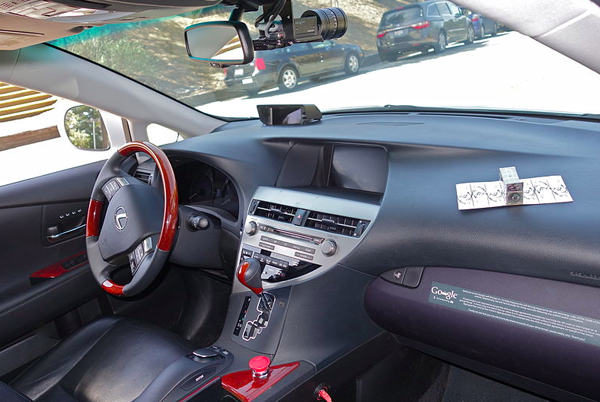 LAWRENCE — When the Obama administration recently proposed spending $4 billion on a transition to driverless vehicles on U.S. roadways, it led to discussion online and in the news of a futuristic society.

However, a University of Kansas researcher of public policy and transportation said the plan is more about creating a smooth regulatory road as more and more automated and driverless vehicles likely zoom into every day life in coming decades.

"This isn't an investment in the technology itself. Automated-vehicle and driver-assisting technology has been around for quite some time," said Bradley Lane, a assistant professor in the School of Public Affairs and Administration. "But the major concerns are coordinating the rollout of the adoption of this technology. There are lots of questions about how you regulate it, how the cars interact with each other and the road network, and it can get very complex."

Lane said if government regulators are able to work with automakers, technology companies and even local and state governments on a myriad of issues that could come up related to the flow of traffic to safety issues, it could play huge dividends for future U.S. transportation policy. The absence of such a forward-thinking effort has likely harmed the implementation of other new technologies in surface transportation, such as electric vehicles, where issues still arise with technological interfaces, the logistics of charging stations and choosing a drivetrain from among fully electric or partially electric plug-ins and hybrid vehicles, he said.

"It's very encouraging because this is very early in the deployment of the technology," Lane said. "Government policy can be very reactionary, and this is much more proactive."

Federal regulators estimate that the use of automated vehicles could dramatically reduce traffic fatalities and injuries, and they hope it could also reduce pollution and make travel more efficient.

"Traffic safety appears to interest people the most and seem most adoptable," Lane said. "Driver behavior causes four out of every five accidents, and the others are either caused by roadway design or unpredictable conditions. The impact of reducing fatalities and accidents by that much are really hard to quantify, but it would be a tremendous benefit as well."

As the nation's road capacity, particularly in urban areas becomes more crowded, governments are looking for any edge to alleviate traffic, he said. Automated vehicles could allow for vehicles to travel more miles on roadways but reduce traffic congestion because they operating more efficiently and don't have drivers make unpredicted stops, for example.

However, more study is needed on how consumers will accept driverless vehicles.

"That's giving up a lot of control, and between that and the uncertainties of how the vehicles will interact with each other, there are a lot of things to consider," Lane said. "There can be an assumption that consumers don't want to drive and will happily take automated vehicles, but I’m not sure that’s the case. I think people will be hesitant to give up full control over the vehicle they are driving."

Another stumbling block could be convincing municipalities to face the reality that their revenue from traffic violations could take a hit if far fewer people are speeding or disobeying traffic laws because computerized vehicles are doing the driving.

Still, the federal government's approach to putting together a national policy to prepare the way could pay huge dividends once the technology becomes more available to the public, Lane said.

"One of the purposes of this program is to avoid a hodgepodge set of circumstances and have a nationally consistent set of rules for the integration of this technology into mainstream use in society," he said.

Lane's research focuses on travel behavior, policy and planning issues in urban transportation. He has authored or co-authored studies on government promotion of electric vehicles, how gasoline prices influence public transit and purchasing trends of plug-in electric vehicles among other topics.

He is currently working on research that re-examines a piece published in 2001 in the Journal of Transport Geography, "An Unpopular Essay on Transportation." The author, William R. Black, an Indiana University professor of geography, was Lane's adviser in graduate school. In the essay, Black examined several popular notions about transportation and transport geography that he argued should be viewed as myths based on data.