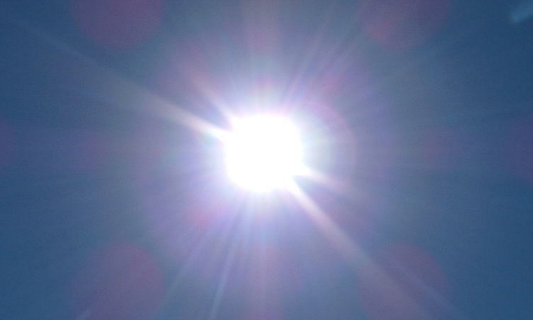 LAWRENCE — The best way to reduce a child’s chances of developing asthma might be making sure Mom had enough vitamin D during the second trimester, a new study from the University of Kansas shows.

According to the Centers for Disease Control and Prevention, 1 in 12 of us in the U.S. suffers from asthma.

“Our health system spends billions and billions treating asthma, and there’s lots and lots of opportunity costs,” said David Slusky, assistant professor of economics. “Pain and suffering, loss of productivity and premature death — asthma has all of those.”

When resources are being used inefficiently, that’s when Slusky and his fellow economists like to step in.

They knew about a recent medical hypothesis by Scott Weiss and Augusto Litonjua, both of whom are physicians with Brigham and Women’s Hospital in Boston and professors at Harvard Medical School. Weiss and Litonjua hypothesize that vitamin D levels in the second trimester of pregnancy influence the probability that a fetus will develop asthma later in life.

Slusky and colleagues Nils Wernerfelt of the Massachusetts Institute of Technology and Richard Zeckhauser of Harvard’s Kennedy School put the medical hypothesis to the test using an economist’s tools, such as survey and health data.

Using data from hospital discharges in two states and from a national survey, Slusky and his colleagues looked at where and when asthmatics were born.

Then the economists looked at the measurements of sunlight in the birth locations when the asthmatics’ mothers would have been in their second trimesters.  Sunlight is where Americans get more than 90 percent of our vitamin D.

What the economists found was that a mother’s increased sunlight exposure — and therefore, vitamin D — during this period lowers her child’s chance of developing asthma. Because of concerns about individuals in different parts of the country being systematically different, Slusky and his co-authors looked at relative differences.

In other words, people born in Georgia in July of 1978 received a different exposure to sunlight in utero than did their fellow Georgians born a year later.

“If that place is relatively more sunny during the second trimester, we found relatively lower rates of asthma,” Slusky said.

The findings indicate that the way pregnant women can get more vitamin D — and lessen the likelihood of asthma in their children — may be as simple as 10 minutes in the sun, which medical literature indicates is all most of us need for a daily dose of the “sunshine vitamin.”

“Skin cancer is a very serious disease, and I don’t want to minimize it, but at some point that extra minute you spend inside is costing you more vitamin D than it’s helping you not get skin cancer,” Slusky said.

Vitamin D can be acquired from dietary supplements, too, but Slusky and his colleagues point out that the prenatal vitamins many pregnant women take already include vitamin D and that they may not be getting the full benefit from them.

“Calibrating this into the proper policy recommendation is something I’ll leave to others, but I think that’s where this research is going,” Slusky said.

Case in point, health officials in Australia are becoming more aware of vitamin D deficiencies. They have begun urging schools to relax requirements that students wear hats while outside during that continent’s winter months of June and July.

“Clearly if I’m going to the beach or going to spend all day outside, I need to put on sunscreen,” Slusky said. “But spending 10 minutes outside without it may not be such a bad idea.”

The research will appear in a coming issue of the American Journal of Health Economics.