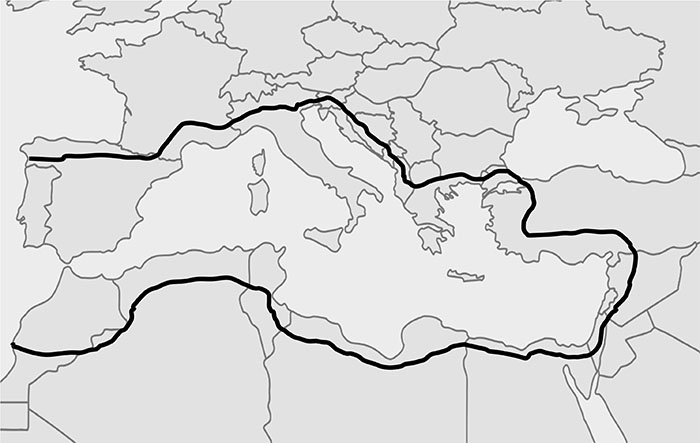 LAWRENCE — Climate change is posing problems around the world to the way people live and feed themselves. In the Mediterranean Basin, a vital region to dozens of nations, it is exacerbating the existing problems of environmental degradation, agricultural land misuse, pollution, population increases and declining species. A University of Kansas law professor and two recent graduates have published an article examining the problems facing the Mediterranean region, what is being done to address them and how a new, multinational “trusteeship” entity might address the issues facing millions of the area’s inhabitants. 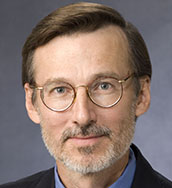 John Head, Robert W. Wagstaff Distinguished Professor of Law at KU, wrote an article with KU School of Law alumni Kate Marples and Jon Simpson that was published in the journal Mediterranean Studies. Marples is a judicial clerk for the U.S. District Court for the District of Kansas, and Simpson is an assistant solicitor general for the state of Kansas.

Head said the article “tries to summarize the alarming pace and severity of water pollution, soil depletion, fish-stock collapse and other forms of ecological degradation – including the growing crisis that climate change poses – in the Mediterranean Basin,” which Head and his co-authors define to include the roughly two dozen countries bordering on the Mediterranean Sea and sharing a typically Mediterranean climate.

“Kate and Jon and I try to address this question: What can be done, from a legal and institutional standpoint, to address the ecological problems in that especially important region?” Head said.

They explore the question in three parts: In the first section, the authors report on various forms of environmental degradation in the region: soil depletion, water pollution, industrial and urban waste, and near-collapse of several fish stocks such as bluefin tuna. While all of those problems are bad news for the region, climate change is projected to make them worse and to cause agricultural production to drop. On top of that, immigrants and refugees from climate crises, war and other strife are flocking to the area for refuge. That further increases the demand on food production in the area.

The second section explores what is being done to combat ecological degradation. European countries bordering the northern shores of the Mediterranean have taken a range of protective measures – some of these reflect European Union influence – but those efforts have suffered from inadequate funding and national jealousies. The situation is even worse in northern Africa and the Middle Eastern countries bordering the region. Some national agencies have tried to address environmental problems, but tight finances, weak institutions and population pressures have made that difficult.

“We conclude that far too little is being done, even in the European countries of the Mediterranean Basin, to fight environmental degradation,” Head said. “Most experts would agree that degradation is deeply concerning already and will continue to get worse with climate change. So, it’s a mixed bag with what’s happening, but it’s all bad.”

Lastly, the authors make recommendations for what can be done to address the crisis. Most importantly, they propose a Corporate Trust for Agro-Ecological Integrity in the Mediterranean Basin. The authors outline how such an organization, featuring representation from all regional nations as well as a broad range of non-government organizations, could be formed and how it might effectively address soil depletion, agricultural degradation, industrial pollution, species collapse and other environmental challenges. It would require significant legal and institutional cooperation, they say, but it could build on a “trusteeship” approach that other international institutions have already used.

“With my growing interest over recent years in the legal and institutional aspects of ecological protection and agricultural reform, I have dug into issues of sovereignty, autonomy and what some of my colleagues call ‘diversity management;’ that is, how to balance the momentum toward globalization with the crucial need to retain and protect the distinctive characters of local places, species and cultures,” Head said.

One does not need to be an expert in geopolitics to realize many of the nations in the Mediterranean Basin do not see eye to eye on issues political, cultural and religious. However, the pressing need to address a warming climate, worsening pollution and declining agricultural production could necessitate action. Head has long studied international organizations and notes that they often arise out of conflict, such as the formation of the League of Nations following World War I and the creation of the World Bank following World War II.

“What may seem politically impossible today might well become attractive and even mandatory tomorrow, when we face ecological challenges exacerbated by climate change,” Head said.

Such an international entity, based on a “trusteeship” model, would do well to take lessons from similar ecosystems around the world. There are seven ecoregions on Earth that closely resemble the climate and environmental conditions of the Mediterranean. Data sharing and other forms of international cooperation among these ecoregions could offer keys to addressing the Mediterranean Basin’s problems. Water conservation regulations in California’s Napa region and land use measures in Chile or Australia, for instance, could offer valuable lessons on how to preserve the Mediterranean region ecologically, the authors argue. The trust would be able to design, plan and anticipate the types of legal and institutional solutions necessary to fight the problems with measures that are workable in each unique nation. While the plan is ambitious and would undoubtedly face resistance, the authors say that the fast-deteriorating conditions require bold initiatives.

“As noted, the trajectory of ecological degradation in the Mediterranean Basin is indisputable and widely recognized… We fully expect to see popular demand rise very quickly for authorities to take bold action aimed first at arresting the degradation and then at reversing it and mitigating its consequences. We have offered possible ways of meeting that demand.”

Above: A map of the Mediterranean region outlines the roughly two dozen nations the authors include in their work about environmental degradation in the region.