LAWRENCE — In commemoration of the victims and survivors of the genocide in Rwanda, the Kansas African Studies Center at the University of Kansas has announced a series of events this month to reflect on the 25th anniversary of the Rwandan Genocide. 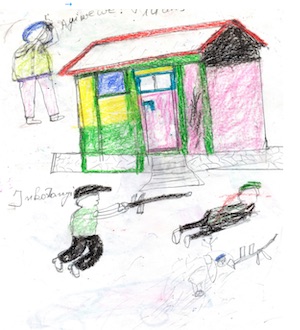 This initiative is designed to raise awareness of the genocide that began in early April 1994 and resulted in the deaths of as many as 1 million Rwandans. Events will honor the victims and foster conversations about preventing the crime of genocide from happening again.

UN Secretary-General António Guterres has called for the world to “reaffirm our commitment to upholding the equality and dignity of all” as “anti-Semitism, anti-Muslim bigotry and other forms of hatred, racism and xenophobia” are on the rise.

When the plane carrying the Hutu president of Rwanda was shot down in early April 1994, extremist Hutus began a wave of killings against the nation’s Tutsi minority and moderate Hutus. More than a half-million people were killed, with some estimates as high as 1 million deaths. Rwanda’s own national commemoration and day of mourning, called Kwibuka, which translates as “remembrance,” is held annually April 7.

The Kansas African Studies Center (KASC) will sponsor events that examine the roots of the conflict in Rwanda and its effects on the wider region. All events are free and open to the public and will include:

• Voices of Rwanda: Genocide and What Comes After, 6 p.m. Wednesday, April 3, 100 Smith Hall. An opening event that provides context for understanding the genocide and features performative reading of documents and testimonials about the genocide. KU students and faculty will critically examine how the struggle for human rights continues in the 21st century through a dramatized staged reading related to genocide and ongoing violence in the world.

• Reflections on 25 Years Since the Genocide, guest lecture by Timothy Longman, 3:30 p.m. April 18, Malott Room, Kansas Union. Longman is associate professor of political science at Boston University and specializes in state-society relations, transnational justice and the politics of race and ethnicity in Africa. He will discuss his in-depth work on the genocide and post-genocide periods in Rwanda in his talk. Longman has written extensively on post-conflict Rwanda, including a new book titled "Memory and Justice in Post-Genocide Rwanda."

• Gallery Talk: Ayiwewe! Rwandan Children’s Experience of the 1994 Genocide, 4 p.m. April 19, Lawrence Arts Center, Lower Level Gallery. Reinhild Kauenhoven Janzen will introduce an exhibition of children’s drawings that she collected with John Janzen while volunteering as relief workers in the region after the genocide. The exhibition runs through May 3.

• Film screening of "Sometimes in April," 6 p.m. April 23, Lawrence Public Library Auditorium. In this historical drama directed by Raoul Peck, a Hutu soldier (Idris Elba) tries to save his family during the genocide, while years later his brother stands trial for his actions in the conflict. Discussion to follow with KU scholars.
.
These events will be co-sponsored by the Max Kade Center, the departments of History, Political Science, African & African-American Studies and Theatre & Dance; Diversity, Equity & Inclusion in the College of Liberal Arts & Sciences; the Center for Migration Research; the Center for Global & International Studies; and the Peace & Conflict Studies Program at KU.

Image: Drawing by a Rwandan boy who witnessed his father being killed during the genocide. "Ayiwewe!" is a phrase in the Kinyarwanda language expressing grief.