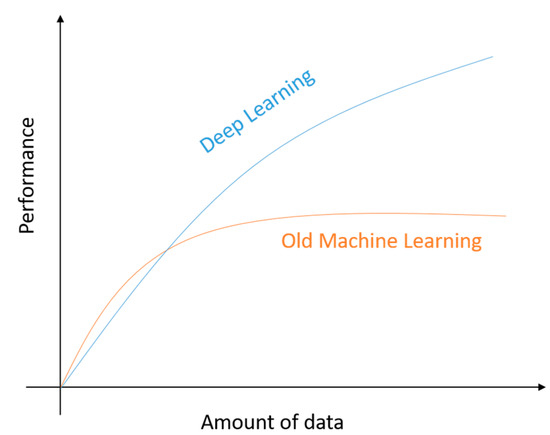 LAWRENCE — New research from the University of Kansas shows machine learning is capable of identifying insects that spread the incurable disease called Chagas with high precision, based on ordinary digital photos. The idea is to give public health officials where Chagas is prevalent a new tool to stem the spread of the disease and eventually to offer identification services directly to the general public.

Chagas is particularly nasty because most people who have it don’t know they’ve been infected. But according to the Centers for Disease Control and Prevention, some 20 percent to 30 percent of the 8 million people with Chagas worldwide are struck at some later point with heart rhythm abnormalities that can bring on sudden death; dilated hearts that don’t pump blood efficiently; or a dilated esophagus or colon. 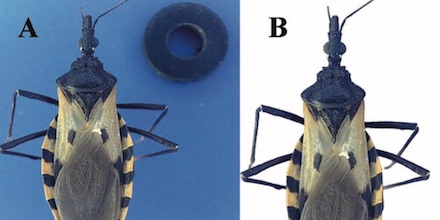 The disease is caused most often when triatomine bugs — more commonly known as “kissing bugs” — bite people and transmit the parasite Trypanosoma cruzi into their bloodstreams. Chagas is most prevalent in rural areas of Mexico, Central America and South America.

A recent undertaking at KU, called the Virtual Vector Project, sought to enable public health officials to identify triatomine that carry Chagas with their smartphones, using a kind of portable photo studio for taking pictures of the bugs.

Now, a graduate student at KU has built on that project with proof-of-concept research showing artificial intelligence can recognize 12 Mexican and 39 Brazilian species of kissing bugs with high accuracy by analyzing ordinary photos — an advantage for officials looking to cut the spread of Chagas disease.

Ali Khalighifar, a KU doctoral student at the Biodiversity Institute and the Department of Ecology and Evolutionary Biology, headed a team that just published findings in the Journal of Medical Entomology. To identify the kissing bugs from regular photos, Khalighfar and his colleagues worked with open-source, deep-learning software from Google, called TensorFlow that is similar to the technology underpinning Google’s reverse image search.

“Because this model is able to understand, based on pixel tones and colors, what is involved in one image, it can take out the information and analyze it in a way the model can understand — and then you give them other images to test and it can identify them with a really good identification rate,” Khalighifar said. “That’s without preprocessing — you just start with raw images, which is awesome. That was the goal. Previously, it was impossible to do the same thing as accurately and certainly not without preprocessing the images.”

At first, the team was able to achieve, “83.0 and 86.7 percent correct identification rates across all Mexican and Brazilian species, respectively, an improvement over comparable rates from statistical classifiers,” they write. But after adding information about kissing bugs’ geographic distributions into the algorithm, the researchers boosted the accuracy of identification to 95.8 percent for Mexican species and 98.9 percent for Brazilian species.

According to Khalighifar, the algorithm-based technology could allow public health officials and others to identify triatomine species with an unprecedented level of accuracy, to better understand disease vectors on the ground.

“In the future, we’re hoping to develop an application or a web platform of this model that is constantly trained based on the new images, so it’s always being updated, that provides high-quality identifications to any interested user in real time,” he said.

Khalighifar now is applying a similar approach using TensorFlow for instant identification of mosquitoes based on the sounds of their wings and frogs based on their calls.

“I’m working right now on mosquito recordings,” he said. “I’ve shifted from image processing to signal processing of recordings of the wing beats of mosquitoes. We get the recordings of mosquitoes using an ordinary cell phone, and then we convert them from recordings to images of signals. Then we use TensorFlow to identify the mosquito species. The other project that I’m working right now is frogs, with Dr. Rafe Brown at the Biodiversity Institute. And we are designing the same system to identify those species based on the calls given by each species.”

While often artificial intelligence is popularly portrayed as a job-killing threat or even an existential threat to humanity, Khalighifar said his research showed how AI could be a boon to scientists studying biodiversity.

“It’s amazing — AI really is capable of doing everything, for better or for worse,” he said. “There are uses appearing that are scary, like identifying Muslim faces on the street. Imagine, if we can identify frogs or mosquitoes, how easy it might be to identify human voices. So, there are certainly dark sides of AI. But this study shows a positive AI application — we’re trying to use the good side of that technology to promote biodiversity conservation and support public health work.”

Images: Left, an example image of an individual of Triatoma dimidiata. (A) Raw image and (B) final image with background removed digitally. Courtesy Khalighifar, et al. Right, this image shows that with more data (such as digital images of triatomine), the accuracy of deep learning used by the KU researchers increases whereas prior techniques plateau after a certain point. Courtesy MDPI under a Creative Commons license.