LAWRENCE — At a time when education faces heavy criticism, a new book by a University of Kansas professor and students aims to take schools from a "yes, but" mindset to a "yes, and" approach to transform the system. 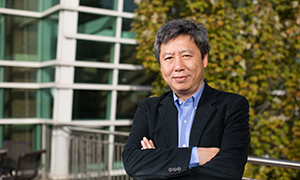 Yong Zhao, Foundation Distinguished Professor of educational leadership & policy studies at KU, has written several previous books on problems in American education and how to create an educational system that is personalizable, capitalizes on the strength of every individual student and focuses on entrepreneurship and creativity.

“Almost nobody is happy with the education system as it is now, including the public and educators,” Zhao said. “But how to change, and in what direction to make that change is where opinions differ. We have discovered that changes are happening and that anyone can make them. We isolated cases where students made the changes, principals made changes, teachers made changes, groups of schools collaborating made changes. It’s an encouragement to say, ‘Yes you can.’” 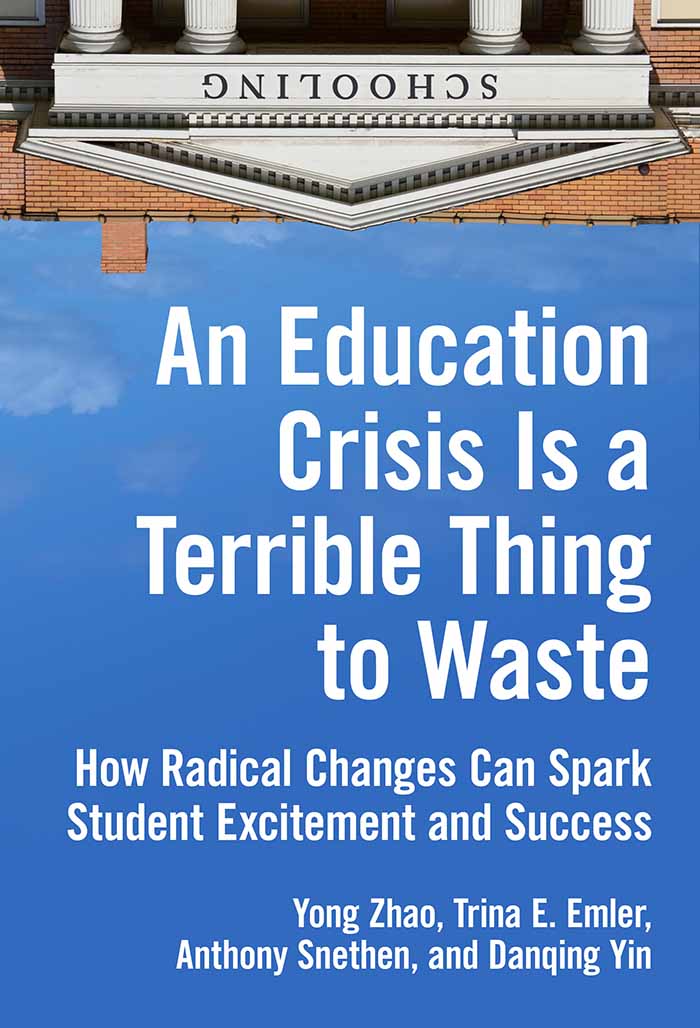 The examples are outlined in “An Education Crisis Is a Terrible Thing to Waste: How Radical Changes Can Spark Student Excitement and Success.” It was co-written by Trina Emler, Anthony Snethen and Danqing Yin, all doctoral students in educational leadership & policy studies at KU.

Nobel Prize-winning economist Paul Romer famously said “a crisis is a terrible thing to waste,” providing the title for the book. He meant crises can provide the impetus for positive change, and the widely agreed-upon crisis in education can provide such a climate for educational change. In fact, it already is in many corners, the authors point out. They focused on “positive deviations” from the norm and conducted in-depth interviews with students, teachers, administrators, groups of schools and others. Schools that have shifted to a creative, entrepreneurial pedagogy displayed three common themes: Change can happen, each change is unique and must stem from local context, and that while each situation is unique, they do have common features.

“We look at the concept of entrepreneurial education, taking the big-picture ideas and seeking out what schools are doing now that works and sorting out the ‘yes, but’ attitude to find out what they want to do and what they can do,” Emler said.

The book opens by exploring the many excuses offered for why such radical change seemingly isn’t possible. People have blamed everything from policy to teachers to principals to technology to the students themselves for why American schools are underperforming. The authors then dispel each individually with a focus on the “yes, and” mindset, in which people acknowledge challenges and develop plans to address them.

The book’s next several chapters outline numerous individual cases in which radical school change was led by students, were made in the classrooms, were made in broken schools, in successful schools, within networks of schools and from the outside. Researchers spent extensive time talking with everyone involved in a variety of schools from those considered broken to others widely acknowledged as prestigious schools. They were located across the country from urban to rural areas as well as in Canada and Australia to help illustrate such changes are possible anywhere and that even schools already seen as highly successful can continue to evolve and improve to better prepare their students.

“Prestigious schools often have the hardest time making changes because they’re the highly thought-of college prep schools that people view as doing things right,” Emler said. “Seeing those that have been successful in making changes is another way of showing that these changes can work and that excuses can be eliminated.”

The authors provide biographical sketches of individuals who empowered change, specific examples of how challenges were overcome, strategies to make desired changes and research that supports pedagogical change and how such a shift can happen at any level of K-12. Together they provide “joint inspiration” for anyone interested in improving education.

“This whole book is about empowerment of students and showing that change can happen anywhere, it can continue, and that we should never be stagnant,” Zhao said.

“An Education Crisis Is a Terrible Thing to Waste” was born from one of Zhao's doctoral classes covering “education as a field of scholarship,” which required students to identify a major problem and solve it. The students decided upon transformational education and working with schools, students, teachers and administrators who had been part of such successful transitions and document their stories to help show changing to the education system we need may not be easy, but it is possible in any school setting.

“Change is difficult. Though few people truly believe education is perfect, a litany of ‘buts’ get in the way of transformation,” the authors write. “People want to innovate, but they are confronted with excuses: assessment scores, socioeconomic status, a lack of time, not enough support, no funding. Change makers refuse to let the ‘buts’ of innovation get in the way.”