LAWRENCE — An acclaimed television journalist and a renowned artist will each receive honorary degrees from the University of Kansas next spring.

Bill Kurtis and Roger Shimomura will both receive an honorary degree at KU’s 148th Commencement in May 2020 at David Booth Kansas Memorial Stadium. The two nominations were approved earlier today by the Kansas Board of Regents.

“Bill Kurtis and Roger Shimomura have made lasting contributions to our world,” said Chancellor Douglas A. Girod. “They embody the mission of the University of Kansas and serve as role models for students, faculty, staff and individuals throughout society who want to make meaningful contributions to the world around them. I am thrilled for the chance to recognize these two exceptional individuals at Commencement, and I know their presence will make the day that much more special for our graduates and their families.”

The degrees to be awarded and the justification for each are as follows:

KU awards honorary degrees based on nominees’ outstanding scholarship, research, creative activity, service to humanity or other achievements consistent with the academic endeavors of the university. Recipients do not need to be KU alumni, and philanthropic contributions to the university are not considered during the process.

The university first began awarding honorary degrees in 2012 and has since presented 19 such degrees, not including the 2020 nominees announced today. For additional information and a list of past degree recipients, visit honorarydegrees.ku.edu.

An acclaimed documentary host and producer, network and major market news anchor, multimedia production company president, and grass-fed cattle rancher, Bill Kurtis has been earning the respect of his peers and viewers for more than 46 years.

Born in Florida and reared in Independence, Kansas, after his father retired as a career Marine officer, Bill graduated from KU with a Bachelor of Science degree in journalism. He attended Washburn University School of Law, where he was awarded a Juris Doctor degree. 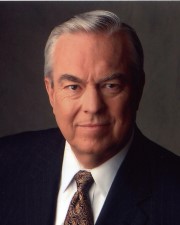 Kurtis began his career at WIBW-TV in Topeka. In 1966, after being recognized for his 24-hour coverage of a devastating tornado, Kurtis was hired by WBBM-TV in Chicago, where he was field reporter and later anchor of The Channel Two News. In 1978, his investigative unit was first to report on the defoliant Agent Orange and how it affected U.S. forces in Vietnam. In the course of covering that story, he returned to Vietnam in 1980 and found that children of U.S. servicemen — Amer-Asians — were living in the streets of Saigon, their mothers unable to find jobs. It became a cover story in the New York Times Magazine. His reporting resulted in legislation that allowed the children immediate access to the United States and launched massive studies of Vietnam veterans to make Agent Orange exposure eligible for compensation and treatment. It established a new standard of care for veterans that continues to expand nearly 37 years after the war. In 1982, Kurtis became co-anchor of the CBS Morning News with Diane Sawyer. He returned to Chicago & WBBM-TV as anchorman from 1985-1996 and was reunited with co-anchor Walter Jacobson in fall 2010.

Retiring after 30 years with CBS, he established Kurtis Productions, traveling to the far ends of the earth for the Peabody Award-winning series, "The New Explorers," which aired on PBS. Kurtis Productions also created programs for the A&E Television Network, including the long-running, award-winning "Investigative Reports" and "Cold Case Files" as well as "Investigating History" for The History Channel. Kurtis has also served as the host of A&E's "American Justice" — the longest running nonfiction justice series on cable. "Cold Case Files" was nominated for 2004 and 2005 Primetime Emmys for Outstanding Nonfiction Series. Kurtis Productions helped launch the golden age of documentaries on cable television and continues to produce such programming like "American Greed" on CNBC.

Kurtis is also an author. "The Death Penalty on Trial: Crisis in American Justice" explores issues surrounding capital punishment in America, and "On Assignment" explores some of the major stories he covered in his early career.

Kurtis is currently the scorekeeper and announcer for National Public Radio's news comedy/quiz show, “Wait Wait ... Don't Tell Me!” as well as serving as the host of “Through the Decades,” a documentary-style news magazine.

In Kansas, Kurtis is an active conservationist. His 10,000-acre Red Buffalo Ranch is located in the Flint Hills, the largest remaining tract of tallgrass prairie in the U.S.

In 2005, Bill founded Tallgrass Beef Company to champion the environmental and health benefits of grass-fed cattle ranching. Today, Tallgrass Beef can be found in restaurants, supermarkets, and on the Internet.

Roger Shimomura was born in Seattle, Washington, and spent two early years of his childhood in Minidoka, Idaho, one of 10 concentration camps for Japanese Americans during WWII.

Shimomura was a distinguished military graduate from the University of Washington and served as a field artillery officer with the First Cavalry Division in Korea. In 1967, he separated from the Army at the rank of Captain. In 1967, he then received a Master’s Degree in fine arts from Syracuse University. 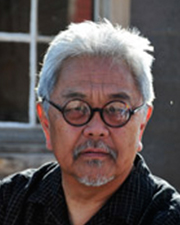 Roger Shimomura's paintings, prints and theatre pieces address sociopolitical issues of Asian America and have often been inspired by diaries kept by his late immigrant grandmother for 56 years of her life. He has had more than 125 solo exhibitions of paintings and prints, as well as presented his experimental theater pieces at such venues as the Franklin Furnace in New York City, Walker Art Center in Minneapolis and the Smithsonian Institution in Washington, D.C.

He is the recipient of more than 30 grants, of which four are National Endowment for the Arts Fellowships in Painting and Performance Art. Shimomura has been a visiting artist and lectured on his work at more than 200 universities, art schools and museums across the country. In 1999, the Seattle Urban League designated a scholarship in his name that has been awarded annually to a Seattle resident pursuing a career in art. In 2002, the College Art Association presented him with the "Artist Award for Most Distinguished Body of Work," for his four-year, 12-museum national tour of the painting exhibition "An American Diary." The following year, he delivered the keynote address at the 91st annual meeting of CAA in New York City. In 2006, he was accorded the Distinguished Alumnus Award from the School of Arts & Sciences at the University of Washington.

A past winner of the Kansas Governor's Arts Award, he was designated the first Kansas Master Artist and the same year was honored by the Asian American Arts Alliance as "Exceptional People in Fashion, Food & the Arts."

Shimomura began teaching at the University of Kansas 1969. In fall 1990, Shimomura held an appointment as the Dayton Hudson Distinguished Visiting Professor at Carleton College in Northfield, Minnesota. In 1994, he became the first fine arts faculty member in KU history to be honored as a University Distinguished Professor. In 1998, he was the recipient of the Higuchi Research Award, the highest annual research honor awarded to a faculty member in humanities and social sciences. In fall 2002, he received the Chancellor's Club Career Teaching Award for sustained excellence in teaching and dedication to students at KU. In 2004 he retired from teaching and started the Shimomura Faculty Research Support Fund, an endowment to foster faculty research in the Department of Art.

Shimomura is in the permanent collections of more than 80 museums nationwide. His personal papers and letters are being collected by the Archives of American Art at the Smithsonian. He is represented by The Flomenhaft Gallery in New York City; Greg Kucera Gallery in Seattle; 8 Modem Gallery in Santa Fe; and Jan Weiner Gallery in Kansas City.