The association’s highest scientific honor, the award is given annually for major scientific or engineering contributions that advance the understanding of groundwater through research, writing, teaching and practical applications. 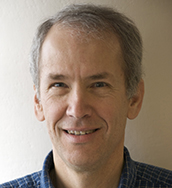 Butler’s research initiatives include the future of irrigated agriculture reliant on groundwater, field methods for obtaining detailed information about aquifer conditions, interpretation of water level changes in wells, interaction between groundwater and surface water, and the impact of phreatophytes – plants that access and depend on groundwater – on groundwater resources.

"Jim Butler is the recipient of the highest award in the U.S. for an individual working in applied hydrogeology, and he is only the fourth person to receive this honor for work done at a state geological survey,” said KGS Director Rolfe Mandel. “It is very satisfying to know that groundwater research conducted by Jim and his colleagues in the KGS Geohydrology section has been recognized throughout the world for its significance to the discipline as a whole."

Every year KGS and the Division of Water Resources (DWR) of the Kansas Department of Agriculture measure water levels in about 1,400 wells to monitor the health of the expansive High Plains aquifer and smaller aquifers. The High Plains aquifer, a network of water-bearing rocks underlying parts of eight states, is the main source of water for irrigators, industries and municipalities in much of western and central Kansas. 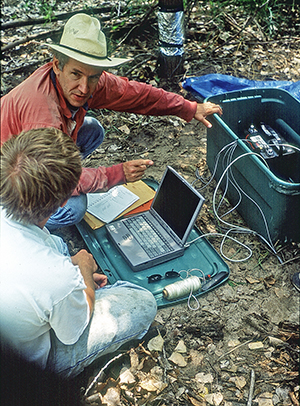 With KGS colleagues, Butler developed a new way to use the annual water-level data, along with data submitted to the state by large-volume water users, to glean important insights about the response of aquifers when pumping is reduced to slow declines in groundwater levels.

"I’ve been very fortunate to work with an excellent group of colleagues who are deeply committed to addressing issues of significance to Kansas,” Butler said. “We have strived to make a difference, and it is gratifying to find others feel that we have.”

Late last year, Butler produced a significantly revised edition of his book, “The Design, Performance, and Analysis of Slug Tests,” which has become the standard reference for an economical and dependable method used to, among other things, obtain the information needed to help assess threats posed by sites of groundwater contamination.

Butler has been a member of the KGS Geohydrology section since 1986. He has written or co-written 78 scientific publications, presented 120 invited lectures to scientific and nontechnical audiences in 14 countries, and worked cooperatively with researchers from outside institutions, including Michigan State University, Stanford University and the Helmholtz Centre for Environmental Research in Germany.

The National Ground Water Association membership includes more than 10,000 groundwater scientists, engineers and contractors from the United States and around the world. M. King Hubbert was the author of “Theory of Ground-Water in Motion,” in which he presented some of the key principles of groundwater movement that have been the basis for many advances since the book was first published in 1940.

KGS is a nonregulatory research and service division of the University of Kansas. KGS researchers study and provide information on the state's geologic resources and hazards, including groundwater, oil and natural gas, rocks and minerals, and earthquakes.