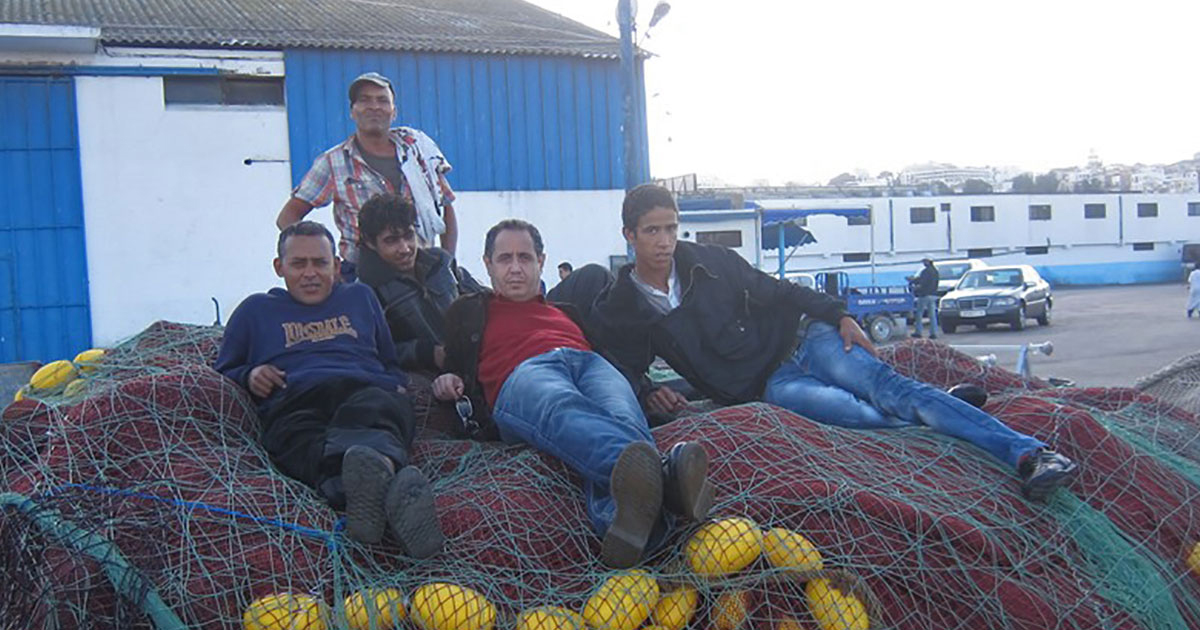 LAWRENCE – Do you realize that people are willing to cling to the hulls of ships, floating on wooden planks across the Mediterranean, for the dream of a free life in Europe?

Abdelmajid Hannoum has met them as they loiter around the port in Tangier, Morocco, and he has watched as they set out on their perilous journey. They call it “burning,” as in burning bridges, or risking, with the obvious implications, even if they manage to book passage inside a ship.

In his new book, “Living Tangier: Migration, Race and Illegality in a Moroccan City,” (University of Pennsylvania Press, 2020) the University of Kansas professor of anthropology takes readers inside the world of the "harraga," or burners, who make their way from North and West African hinterlands to the port, hoping to hitch a ride to Spain and then perhaps to life in Italy.

For the harraga, survival then in Europe is a bridge they’ll cross when they get there, Hannoum said.

It’s not even, or only, the privation of their native lands that drives the burners onward, according to the KU researcher.

“Crossing is an exercise of freedom,” Hannoum wrote. “Hence their motto ‘rabha walla dabha’ (make it or die).”

It is a new type of migration that only the youths undertake with determination so that they can reinvent their lives in Europe.

In “Living Tangier,” Hannoum questions various systems of legality facing the burners. Of course, for the European Union, their trek is illegal. But in the face of a survival imperative, the legal and practical barriers that various nations erect before them pale in comparison, he said.

“Among all those West African (and Moroccan) migrants I encountered and those I interviewed, illegality is not a concept to be believed,” he wrote.

Hannoum is a native of Morocco, though not Tangier, and he left to attend the Sorbonne in 1985. He has been at KU since 2006 and is also affiliated with its Center for Global & International Studies, African Studies Center and Department of African and African-American Studies.

And while Tangier still attracts Western tourists looking for the place made famous in European and American literature by 20th-century writers like William Burroughs, Jean Genet, Tennessee Williams and Jane and Paul Bowles, Hannoum’s “Living Tangier” is far more of a hub for migration than it was in Burroughs’ day. Since the 1990s, there has grown up a community of West African burners who must first make their perilous way across the desert before arriving on the coast, where they stay for an indeterminate time, often crossing back and forth several times. Often, they also get stuck in Morocco. And now, too, there are more white Europeans, who move to Morocco for a more affordable yet “exotic” lifestyle. Even though they live in Morocco, they form a community separate from the rest of society, as Hannoum details in the book from an in-depth perspective of years spent researching the phenomenon.

“It became more visible than it used to be, that society thinks in racial terms, especially in terms of Black — associated with Africa — and white — associated with Europe,” Hannoum said. He contrasted that with the atmosphere he experienced growing up in Morocco “with a variety of people of different skin color, and that did not seem important in society then. Society seemed to be indifferent to race. But I argue that race was only invisible but still important in a formerly colonized society and that racial thinking was brought to it by colonial modernity. One of the important consequences of the new sub-Saharan migration is that it forced society to face the question of race.”