LAWRENCE — Refrigerants inside the air conditioner that cools your house or apartment are extremely powerful greenhouse gases. Used widely in domestic and commercial cooling systems, commonplace refrigerants called hydrofluorocarbons (HFCs) such as R-410A have a global-warming potential roughly 2,000 times greater than the carbon dioxide emitted from vehicle tailpipes. 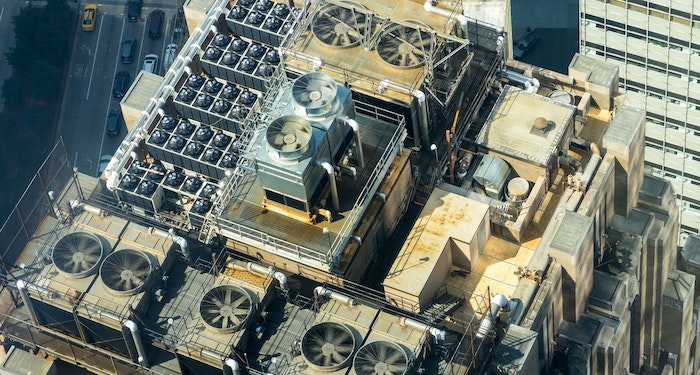 Recent legislation restricts using some HFC refrigerants in particular applications and mandates their eventual phaseout, but with millions of tons of HFCs used today around the world, how can they be disposed of without harming the environment? Venting or incinerating them would be wasteful and could accelerate climate change. 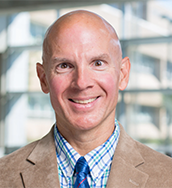 “We’re going to look at how to separate hydrofluorocarbon refrigerant mixtures so the low-global-warming potential (GWP) components can be re-used and the high-GWP components converted into new products that are safe for the environment,” said Mark Shiflett, Foundation Distinguished Professor in the School of Engineering at KU, who is leading Project EARTH.

“In your house, these would be the refrigerants in your air conditioner such as R-410A,” he said. “It’s actually a mixture of two components — one of the components has a relatively high global-warming potential called HFC-125, and the other one, called HFC-32, does not. However, they are very difficult to separate because they form what is called an azeotropic mixture. Today, that refrigerant would have to be incinerated to dispose of it, and our goal is to be able to separate those two refrigerants back into their pure components and be able to reuse HFC-32 in new low-GWP products, and the other, HFC-125, we are working on converting it into a lower global warming potential product that is safer for the environment.”

According to the researchers working on Project EARTH, the U.S. market alone for recycling refrigerants is valued at more than $1 billion. Furthermore, reducing the release of high-GWP refrigerants into the Earth’s atmosphere is equivalent to eliminating 175 million metric tons of carbon dioxide, or the yearly emissions from 50 million cars.

The crux of Project EARTH will focus on high-fidelity experiments, advanced computer simulations and rigorous analysis to synthesize and test a new type of fluid called an “ionic liquid” that could be used to separate, recycle and convert hydrofluorocarbon refrigerants into safe products.

Much of the experimental work will take place in Shiflett’s lab at KU, where the NSF award will support equipment and materials costs, as well as support the training and education of a new generation of engineering students.

The industry partners in the effort are Chemours, Iolitec, Hiden Isochema and the Wonderful Company. Eventually, the researchers hope to provide a distributed chemical manufacturing process for more than 100 EPA certified recyclers in the U.S.

In many ways, Project EARTH brings the KU researcher full-circle. Shiflett helped to develop hydrofluorocarbon refrigerants in the 1980s when he was a young engineer at DuPont after earlier generation chlorofluorocarbon (CFC) refrigerants were linked to the depletion of the Earth’s ozone layer.

“In 1987, the Montreal Protocol was created to phase out CFC refrigerants and has now been signed by 197 countries,” he said. “One of my first jobs was to work on developing new refrigerants that could replace CFCs, and the ultimate solution that we came up with were HFCs and HFC refrigerant mixtures. We eliminated the chlorine in the molecule, and that solved the problem related to ozone depletion. The HFCs have been used worldwide and are excellent refrigerants, but now in 2020 the concern is about global warming, and these HFCs will be phased out. That’s where Project EARTH originates to solve the next environmental challenge with refrigerants.”

Right photo: Refrigerants inside the air conditioner that cools your house or apartment are extremely powerful greenhouse gases, but a new project based at the KU School of Engineering could change that. CREDIT: Sergei Akulich via Pexels.com.

KU in the news
The Washington Post — Tue, 02/07/2023
Will an Apple Watch or Fitbit make you lose weight? Don’t count on it
Business Insider — Sun, 02/05/2023
There’s a scientific reason you want to overindulge in foods like chips, ice cream and bacon
Listen to @johnfsymons , @KUCollege philosophy professor and director at @I2SResearchKU , discussing ChatGPT on this… https://t.co/jE67EKN3LB
«»
Follow us on Twitter »
Why KU
Apply »
One of 34 U.S. public institutions in the prestigious Association of American Universities
44 nationally ranked graduate programs.
—U.S. News & World Report
Top 50 nationwide for size of library collection.
—ALA
5th nationwide for service to veterans —"Best for Vets: Colleges," Military Times