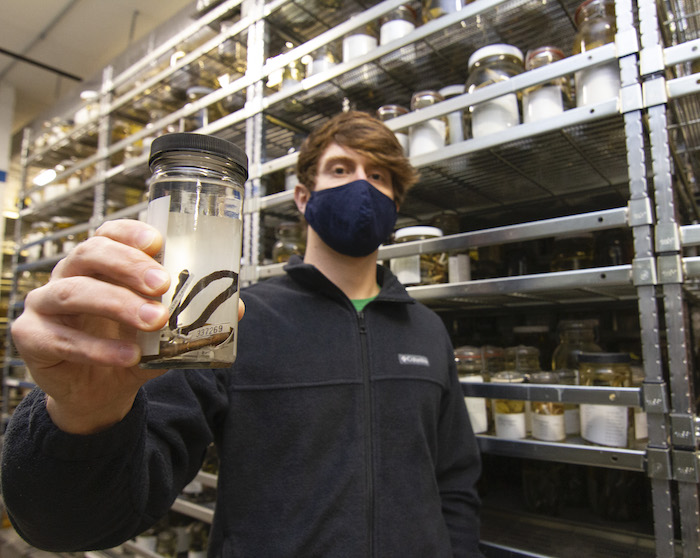 In its native habitat, Samar and Leyte islands in the Philippines, the snake spends most of its time burrowing underground, usually surfacing only after heavy rains in much the same way earthworms tend to wash up on suburban sidewalks after a downpour. 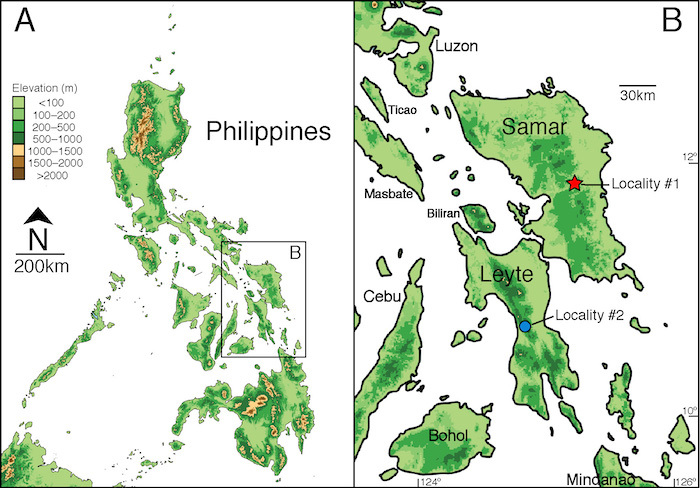 So, it may not be shocking that when examples of the Waray Dwarf Burrowing Snake were collected in 2006 and 2007, they were misidentified in the field — nobody had seen them before. The specimens spent years preserved in the collections of the University of Kansas Biodiversity Institute and Natural History Museum, overlooked by researchers who were unaware they possessed an entirely new genus of snake, even after further examples were found in 2014.

But that changed once Jeff Weinell, a KU graduate research assistant at the Biodiversity Institute, took a closer look at the specimens’ genetics using molecular analysis, then sent them to collaborators at the University of Florida for CT scanning. Now, he’s the lead author on a paper describing the snake as both a new genus, and a new species, in the peer-reviewed journal Copeia.

“I was initially interested in studying the group of snakes that I thought it belonged to — or that other people thought it belonged to,” Weinell said. “This is when I first started my Ph.D. at KU. I was interested in collecting data on a lot of different snakes and finding out what I actually wanted to research. I knew this other group of small, burrowing snakes called Pseudorabdion — there are quite a few species in the Philippines — and I was interested in understanding the relationships among those snakes. So, I made a list of all the specimens we had in the museum of that group, and I started sequencing DNA for the tissues that were available.” 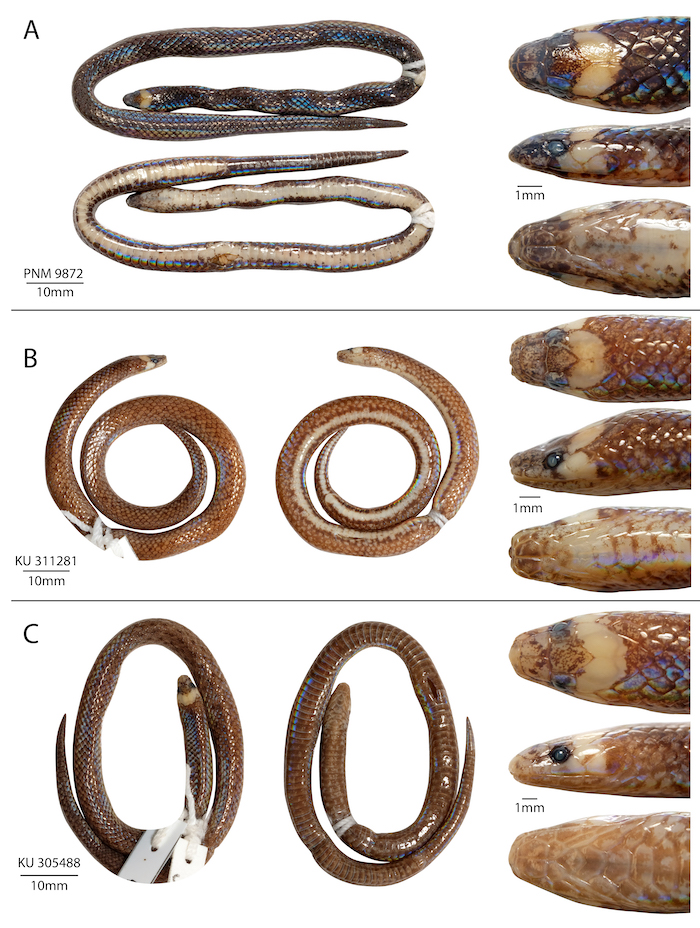 As soon as Weinell got the molecular data back, he realized the sample from the subterranean snake didn’t fall within Pseudorabdion. But pinpointing where the snake should be classified wasn’t a simple task: The Philippine archipelago is an exceptionally biodiverse region that includes at least 112 species of land snakes from 41 genera and 12 families.

“It was supposed to be closely related, but it was actually related to this entirely different family of snakes,” he said. “That led me to look at it in more detail, and I realized that there were actually some features that were quite different from what it was initially identified as.”

Working with Rafe Brown, professor of ecology & evolutionary biology and curator-in-charge of the KU Biodiversity Institute and Natural History Museum, Weinell took a closer look at the snake’s morphology, paying special attention to the scales on the body, which can be used to differentiate species.

He then sent one of the specimens to the University of Florida for CT scanning to get a more precise look at the internal anatomy of the mysterious Philippine snake. The CT images turned out to be surprising.

“The snake has among the fewest number of vertebrae of any snake species in the world, which is likely the result of miniaturization and an adaptation for spending most of its life underground,” Weinell said.

Finally, the KU graduate research assistant and his colleagues were able to determine the Waray Dwarf Burrowing Snake mirus was a new “miniaturized genus” and species of snake. Now, for the first time, Weinell has had the chance to bestow the snake with its scientific name, Levitonius mirus.

“It’s actually named for Alan Leviton, who is a researcher at the California Academy of Sciences, and he had spent decades basically studying snakes in the Philippines in the '60s, '70s, '80s and then all the way up to now,” Weinell said. “So, that’s sort of an honorific genus name for him. Then, ‘mirus’ is Latin for unexpected. That’s referencing the unexpected nature of this discovery — getting the DNA sequences back and then wondering what was going on.”

In addition to Brown, Weinell’s co-authors on the new paper are Daniel Paluh of the University of Florida and Cameron Siler of the University of Oklahoma. Brown said the description of Levitonius mirus highlights the value of preserving collections of biodiversity in research institutions and universities.

“In this case, the trained ‘expert field biologists’ misidentified specimens — and we did so repeatedly, over years — failing to recognize the significance of our finds, which were preserved and assumed to be somewhat unremarkable, nondescript juveniles of common snakes,” Brown said. “This happens a lot in the real world of biodiversity discovery. It was only much later, when the next generation of scientists came along and had the time and access to accumulated numbers of specimens, and when the right people, like Jeff, who asked the right questions and who had the right tools and expertise, like Dan, came along and took a fresh look, that we were able to identify this snake correctly. It’s a good thing we have biodiversity repositories and take our specimen-care oaths seriously.”

“The pioneering Philippine herpetological work of Walter Brown and Angel Alcala from the 1960s to the 1990s taught biologists the important lesson of focusing on species’ very specific microhabitat preferences,” Bonachita-Sanguila said. “Even so, biologists have really missed many important species occurrences, such as this, because …. well, simply because we did not know basic clues about where to find them. In the case of this discovery, the information that biologists lacked was that we should dig for them when we survey forests. So simple. How did we miss that? All this time, we were literally walking on top of them as we surveyed the forests of Samar and Leyte. Next time, bring a shovel.”

She added that habitat loss as a result of human-mediated land use (such as conversion of forested habitats for agriculture to produce food for people) is a prevailing issue in Philippine society today.

“This new information, and what we will learn more in future studies of this remarkable little creature, would inform planning for conservation action, in the strong need for initiatives to conserve Philippine endemic species — even ones we seldom get to see,” Bonachita-Sanguila said. “We need effective land-use management strategies, not only for the conservation of celebrated Philippine species like eagles and tarsiers, but for lesser-known, inconspicuous species and their very specific habitats — in this case, forest-floor soil, because it’s the only home they have.”

Top photo: Jeff Weinell, a KU graduate research assistant at the KU Biodiversity Institute, is lead author of a paper describing the Waray Dwarf Burrowing Snake as both a new genus and a new species in the peer-reviewed journal Copeia. Credit: University of Kansas.