LAWRENCE — The University of Kansas School of Law honored Class of 2014 graduates at a hooding ceremony May 17. During the ceremony, seven students received awards for distinguishing themselves in scholarship, leadership and service to the law school and the community.

Banner carrier Paul Cassat, Overland Park, was also recognized during the ceremony. The banner carrier is a student who has excelled academically and who carries the highest grade-point average by the end of the fall semester in the third year of law study.

The award winners were part of a class composed of 119 recipients of the Juris Doctor, five Doctor of Juridical Science graduates and two Master of Laws in American Legal Studies graduates.

Funds for the awards are managed by KU Endowment, the independent, nonprofit organization serving as the official fundraising and fund-management organization for KU. Founded in 1891, KU Endowment was the first foundation of its kind at a U.S. public university.

Student award recipients are listed below by hometown. 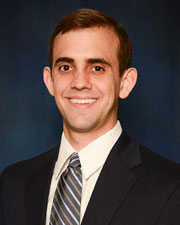 BUTLER COUNTY
Andover
David Barclay received the Class of 1949 Leadership Award, given to the student who has contributed most significantly to the overall experience of students in Green Hall. Barclay revived the American Constitution Society chapter at KU Law and served as its president. He was a prestigious Shook, Hardy & Bacon Scholar, assisting students in the first-year class to develop sound study habits and strong analytical skills. Barclay was one of four finalists in the 2013 In-House Moot Court Competition and served on the Moot Court Council. He also served as one of two student members of the faculty Curriculum Reform Committee, helped legal writing students as a teaching assistant and was an articles editor for the Kansas Law Review. Barclay is the son of Joanne and Andrew Barclay and a graduate of Andover High School and KU. 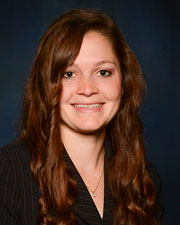 DOUGLAS AND FORD COUNTIES
Lawrence, Dodge City
Kate Marples received the Samuel Mellinger Scholarship, Leadership and Service Award, given to the graduate who has most distinguished him or herself in the combined areas of scholarship, leadership and service. As symposium editor for the Kansas Law Review, Marples organized a sold-out conference on “Waters of the United States: Adapting Law for Degradation and Drought.” She served as the student director of the Paul E. Wilson Project for Innocence and Post-Conviction Remedies, a Dean’s Fellow and a Shook, Hardy & Bacon Scholar. A member of the Moot Court Council, Marples’ team advanced to the semi-final round of a national environmental law moot court competition. She served as a teaching assistant in the Lawyering Program and as a student member of both the faculty Curriculum Reform Committee and the Academic Committee. During law school, Marples volunteered at the Lawrence Homeless Shelter and through Family Promise. She also helped coach the KU Crew team. In April, she received a campuswide Sustainability Leadership Award. Marples has conducted all of this service to the law school and the community while maintaining an academic ranking in the top 10 percent of her class. Marples is the daughter of Doug and Jane Marples and a graduate of Dodge City High School and KU. 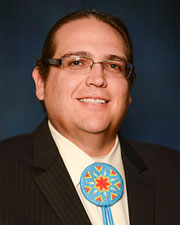 JACKSON COUNTY
From Mayetta
Jacob Wamego received the Janean Meigs Memorial Award, given to the student who has demonstrated a caring spirit in service to the students of the law school or the community at large. Wamego was instrumental in rebuilding the Native American Law Students Association into a thriving organization. He served as president of the organization in both his second and third years, and he helped organize the 2013 Diversity in Law Banquet. He brought speakers of national prominence to KU Law to give presentations to students and played a substantial role in organizing and administering the Tribal Law and Government Center’s annual conference in 2012, 2013 and 2014 – including taking on a speaking role in 2013. Wamego competed in the 2014 National NALSA moot court competition, raised money to send NALSA members to Federal Bar Association Indian Law conferences and helped the law school in recruiting well-qualified Native American students. He was recently elected to serve in the National NALSA organization. Wamego is the son of Lisa Wamego and a graduate of Royal Valley High School and Washburn University. 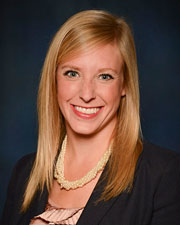 JOHNSON COUNTY
From Shawnee
Whitney Novak received the Faculty Award for Outstanding Scholastic Achievement, which goes to the graduating student selected by the faculty as having made the most significant contribution toward overall legal scholarship. She served as executive note and comment editor for the Kansas Law Review. Her note “Blood Over Bond? A Call to Define Kansas’s Requirements for Biological Fathers to Retain Parental Rights” was published in Volume 61. A member of the Moot Court Council, she was part of the team that received best brief honors in the 2013 In-House Moot Court Competition. She was a Shook, Hardy & Bacon Scholar, helping first-year students improve their study habits, analytical skills and test scores. Novak was among the students at the very top of the 2014 graduating class based on grade-point average. She is the daughter of Joe and Dena Novak and a graduate of Mill Valley High School and KU. 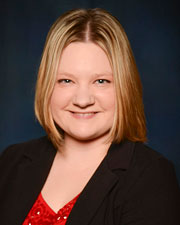 SEDGWICK COUNTY
From Goddard
Amanda Marshall received the Robert F. Bennett Award, recognizing a graduate whose undergraduate degree is from a Kansas university or college and who has demonstrated leadership qualities through public service. As symposium editor for the Kansas Journal of Law and Public Policy, Marshall organized a highly successful symposium titled “Preventing the Ghost Town: What Rural Communities Need to Do to Survive in the Modern Economy.” She brought nationally recognized speakers to KU Law, attracting a full house of attendees. She also served as a Westlaw representative and is a member of the Kansas Bar Association’s Diversity Committee. Marshall is the daughter of Doug and Sheryl Stanley and a graduate of Bishop Carroll High School and Newman University. 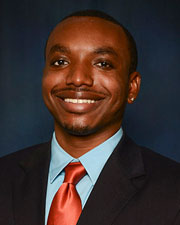 MISSOURI
From Kansas City
Xavier Andrews received the Justice Lloyd Kagey Leadership Award, given to the graduate who has most distinguished him or herself through leadership in the law school. Andrews served as president of the Black Law Students Association. In that position, he played a key role in organizing Thurgood Marshall Law Day, during which high school students from Kansas City traveled to the law school for a day of legal education and mentorship, and he directed the yearly BLSA Thanksgiving food drive for members of the Lawrence community who lack the means to enjoy a traditional Thanksgiving feast.  He served as a judge on KU’s Traffic Court and was the business manager for the Kansas Journal of Law and Public Policy. He was a member of the Moot Court Council. He served as an intern at the Johnson County District Attorney’s Office, where under proper supervision, he prosecuted criminal cases before juries. He recently accepted an offer to join the office on a permanent basis as an assistant district attorney. Andrews is the son of Felecia Andrews and a graduate of Hickman Mills High School and Missouri Western State University. 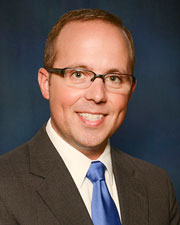 SOUTH DAKOTA
From Sioux Falls
Peter Montecuollo received the Walter Hiersteiner Outstanding Service Award, given to the graduate whose service to his or her fellow students demonstrates the greatest promise for contribution to the legal profession and society. Montecuollo served as a teaching assistant in the legal writing program, providing both substantive help to first-year law students and general advice on sound writing and study habits, and as a mentor, helping many of his student peers prepare for job interviews, exams and with their scholarship for the Kansas Law Review. He served as a note and comment editor on the Law Review. His note, “Making the Best of an Imperfect World:  An Argument in Favor of Judicial Discretion to Reduce Section 1927 Sanction Awards,” was published in Volume 62. Montecuollo is the son of Larry and Dee Werner and a graduate of Lincoln Senior High School (Sioux Falls), Minnesota State University Moorhead and KU.