LAWRENCE — An assistant professor at the University of Kansas received a prestigious grant designed to help early-career faculty members in STEM disciplines establish a lifetime of leadership in their respective fields.

The Faculty Early Career Development (CAREER) award from the National Science Foundation (NSF) went to Robert Unckless, assistant professor of molecular biosciences in the College of Liberal Arts & Sciences. The award is the highest honor given by the NSF to young researchers. 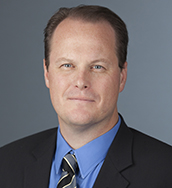 “Dr. Unckless is already making discoveries that are helping us understand fundamental biological processes that could have future implications for human health,” said Simon Atkinson, vice chancellor for research. “This award recognizes the importance of that work and endorses Dr. Unckless’ potential to serve as a leader in his field for years to come.”

“As someone who has served on many NSF review panels, I can greatly appreciate the significance of this award. NSF CAREER awards are highly competitive and rare,” said John Colombo, interim dean of the College. “This is a tremendous achievement for Dr. Unckless and another clear reflection of the quality of research among KU faculty.”

Unckless joined KU in 2016 as an assistant professor in the Department of Molecular Biosciences. He will receive over $1 million over the next five years to support his research on parasitic elements within the genome and his work with incoming transfer students to help them integrate into the campus community and provide them research experience.

“We often think of the genome as one entity working together for the good of the organism. This simple view is clearly false – much of the genome (close to 50% in humans) is made up of parasitic DNA that copies itself without regard to the ‘good of the organism,'” Unckless said. “We study a particularly drastic form of these genetic parasites called meiotic drivers. We are trying to understand the genetic basis and evolutionary consequences of these genomic parasites.”

Unckless is often asked why it is important to fund this kind of research.

“There are two main reasons to do basic science research,” he said. “First, humans want to understand the natural world, so any project that works to explain natural phenomena – especially those that are widespread like meiotic drive – gets us to a better understanding of nature.”

“The second reason,” he added, “is that basic research is often the source of biomedical innovation. In our case, the gene that we think is responsible for meiotic drive in Drosophila affinis encodes for the same type of protein that leads human embryos with a Y chromosome to develop into males. Therefore, by studying the phenomenon in fruit flies, we may learn something about human fertility.”

Unckless credits the university-sponsored CAREER workshop, including Doug Bornemann, Lisa McLendon and the other participants, for useful guidance and feedback during the award application process.

The NSF has existed since 1950 to promote discovery in the sciences and to fund those on the frontier of scientific innovation. NSF CAREER Awards, first issued in 1995, support junior faculty who engage in outstanding research, education and integration of education and research in their academic roles.

The Department of Molecular Biosciences is in the College of Liberal Arts & Sciences, KU’s largest, most diverse academic unit.