LAWRENCE — University of Kansas leadership has named interim deans for two of its largest academic units.

Incoming Interim Provost and Executive Vice Chancellor Carl Lejuez announced that Clarence Lang, professor and chair of the Department of African & African-American Studies and interim director of the Hall Center for the Humanities, will be interim dean of the College of Liberal Arts & Science, and Arvin Agah, professor of electrical engineering & computer science and associate dean for research & graduate programs in the School of Engineering, will be interim dean of the School of Engineering.

“In this time of transition, these two individuals bring a breadth of experience as instructors, scholars and administrators,” Lejuez said. “I’m excited about their commitment to inclusion and the perspectives and knowledge they bring to these leadership roles. They’re respected as highly productive scholars and have had significant impact at KU, within the state and beyond. I know the College and the school are in great hands.”

Lang steps in to fill the opening created when Lejuez, dean of the College, was named interim provost. Lejuez and Lang both begin their new responsibilities Monday, April 30. Agah will begin his role July 1. The current dean of engineering, Michael Branicky, announced in March his intention to return to the faculty at the end of June.

In the days ahead, Lejuez will work with Lang and Agah to identify steps moving forward for both the College and the school. The effort will include collaborating with stakeholders to better understand the opportunities and challenges each unit faces. 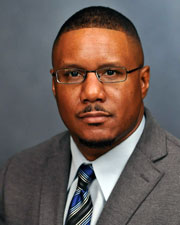 Clarence Lang first arrived at KU in spring 2011 as Langston Hughes Visiting Professor. He began a full-time appointment as associate professor in the spring of 2012 when he joined the Department of African & African-American Studies, later taking a partial appointment in the Department of American Studies. More recently, Lang has served as acting, then interim director of the Hall Center for the Humanities, starting in fall 2017. He has also served as chair of the African & African-American studies department since 2015.

During the 2015-2016 academic year, Lang also was a senior administrative fellow in the Office of the Provost and co-chair of the university’s Diversity, Equity & Inclusion Advisory Group, which issued a report in spring 2016. Lang’s other service to the College and university has involved his work as chair of the Hall Center for the Humanities’ Executive Committee, president of the Black Faculty & Staff Council, McNair Scholars Mentor and membership on the Langston Hughes Visiting Professor Committee, Bill Tuttle Distinguished Lecture in American Studies Committee, the University Core Curriculum Committee and the University Press of Kansas Editorial Committee.

Lang came to KU from the University of Illinois at Urbana-Champaign, where he earned his doctorate in history and was a faculty member in the departments of African American Studies and History. 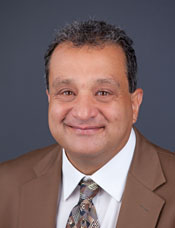 Arvin Agah is an award-winning professor of electrical engineering & computer science who has been at KU since 1997. He has served the School of Engineering as associate dean for research & graduate programs since September 2012.

His research interests include applied artificial intelligence and robotics. Agah has been a co-investigator on projects that represent more than $33 million in research funding. He has supervised 20 doctoral students, 40 master’s students and 44 undergraduate research students. He has edited three books and published more than 180 refereed articles. He has received multiple honors for his teaching excellence, including the Kemper Fellowship for Teaching Excellence in 2011 and the ING Excellence in Teaching Award in 2010. Agah was a senior administrative fellow in 2008-2009. He was director of the Intelligent Systems Laboratory at the Information & Telecommunication Technology Center from 2007 until 2012.

He has been a researcher at the Bio-Robotics Division of Mechanical Engineering Laboratory in Tsukuba, Japan; IBM Los Angeles Scientific Center and Xerox Research Center in Rochester, New York, and El Segundo, California. Agah has taught short courses at the Department of Mechanical Engineering at University of Canterbury in Christchurch, New Zealand; Center of Excellence in Remote Sensing Education and Research at Elizabeth City State University in North Carolina; and the Department of Engineering Systems at the University of Tsukuba in Japan.