LAWRENCE — Half the marine mollusk species in a new study are projected to lose a big slice of their North Atlantic habitat to global climate change in this century, according to a researcher at the University of Kansas.

Erin Saupe, who spearheaded the investigation, said that as seawater temperatures rise and oceanic conditions change, mollusks will not shift their distributions toward the cooler North and South Poles — as do many land-dwelling species. Instead, many are predicted simply to abandon a share of the ocean where they currently live. 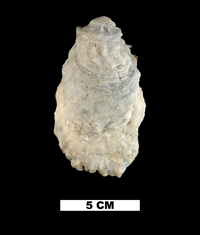 “Mollusks are extremely diverse and include animals like clams, snails, octopus and squid,” said Saupe, a graduate research assistant with the Biodiversity Institute and geology department. “I focused on shallow-water marine bivalves such as clams and oysters, and gastropods or snails. Both snails and clams are important for marine ecosystems because they serve as food sources for many other marine species, and those that filter feed  — mostly bivalves — play a vital role in cleaning water.”

Saupe, who has just published her findings in the peer-reviewed Journal of Biogeography, said her study could spell trouble not just for the future of mollusks, but for people as well.

“The species I studied are also important to humans,” Saupe said. “Three of the species I focused on are food sources and involved in multimillion dollar seafood industries, while others — those in the genus Conus — have biomedical potential. The venom of Conus species is potentially important for curing chronic pain.”

The researcher said that the fate of mollusks, like the fate of many sea creatures in a changing climate, has been inadequately studied. 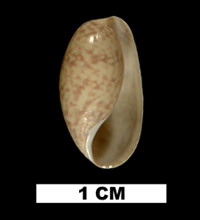 “Marine species are harder to study because we don’t have as much data on their geographic distributions or on the environmental conditions in which they live,” she said. “In comparison to the terrestrial sphere, we are still woefully in the dark regarding how marine systems function.”

To shed light on mollusks’ survivability under future climate change, Saupe investigated the idea from previous studies that mollusks would shift their habitats toward the cooler North and South Poles in response to warming ocean temperatures. She studied the geographic distribution and suitable habitat of 14 species of mollusks from the near-shore continental shelf of the western North Atlantic, using the marine fossil record and a technique dubbed “ecological niche modeling.”

“Ecological niche modeling is a statistical method that enables us to identify the environmental conditions that a species finds suitable,” Saupe said. “Algorithms are used to generate a mathematical model of the suitable conditions for a species, which can then be projected onto a map to observe where these conditions occur.”

Saupe and colleagues at KU and San José State University found that no significant shifts toward the poles should be expected for individual species. Rather, half of the study species will undergo more than a 20 precent loss of suitable habitat — with other species faring even worse.

“My study indicates that suitable habitat for these species will shrink as a consequence of climate change,” Saupe said. “Losses may be quite severe for some species, with over half of their currently suitable areas predicted to disappear by the end of this century. Previous studies suggest that species will shift their distributions northward in response to changing climate, but my study indicates this is unlikely, at least for the species I studied.”

As habitat loss looms in these mollusk species’ future, will they endure or disappear? The researcher said the answer is mixed.

“The species I am studying may go extinct, particularly if my model results are supported. However, all of the species are projected to have at least some suitable area remaining in the future, and this makes sense because these species have survived conditions in the Pliocene, which were purportedly similar to those expected in the future.”

But Saupe cautioned that shrinking habitat and damaging actions by humans might drive some of the species to extinction.

“My study didn’t consider the impact of pollution and overharvesting on mollusk populations, so what I found was a conservative estimate for the future of these mollusks,” she said.

The Madison & Lila Self Graduate Fellowship, the KU Panorama Society and the Department of Geology funded the study, along with a grant from the National Science Foundation, to Bruce Lieberman, professor in ecology and evolutionary biology and co-author of the study.

Saupe will earn her doctorate from KU this month before joining Yale University as a postdoctoral researcher.

A map of affected areas is available here.