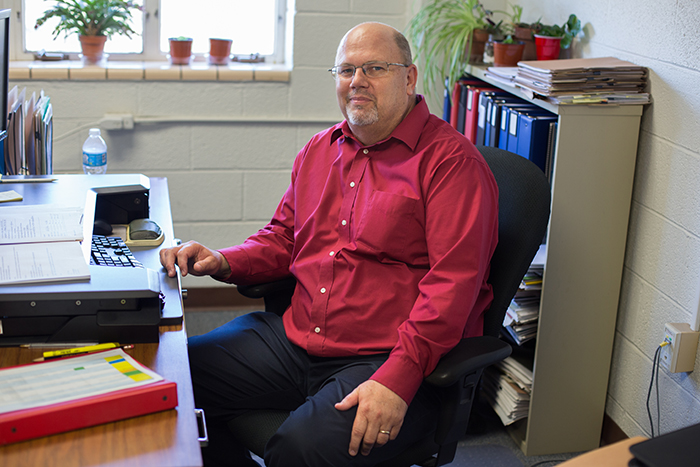 What that means: Huettenmueller began working at KU in 1995 and has held his current position for 18 years. A primary piece of Huettenmueller’s job is assisting with the fiscal year-end closing and opening of the financial system, then preparing a multitude of data files and financial reports. The reports that Huettenmueller touches tell the story of the university’s overall financial health. He provides ad hoc reports and information for many offices such as the Provost's Office, Business and Financial Planning, and the Comptroller's Office, and the leaders of these units rely on his skills and expertise to provide them with accurate and relevant data.

Notable: Most weeks, Huettenmueller works additional hours from home to accommodate the many requests for information and reports. Huettenmueller produces a tremendous amount of work and utilizes his technical and analytical skills to efficiently extract and manipulate large data files to create reports and statements. He has been described as one of the most dedicated members of the Comptroller’s Office, and is referred to, more than once, as the “rock” of the department.

Huettenmueller also promotes improvement to business processes so the desired results are achieved. For the last several years, the Comptroller’s Office has undergone continual changes to the accounting system and business processes at both the university and state levels. While these changes have a sizable effect on Huettenmueller, he reacts proactively and effectively to modify or rewrite code/criteria used in his queries or analyses. 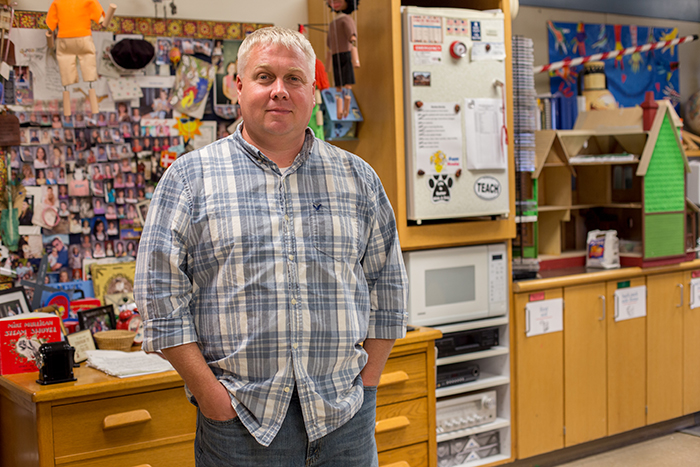 What that means: Students in Pisani’s class learn what most school-age children learn, such as science and social studies, but Pisani’s students also learn how to cook, sew, and how to care for and harvest a garden. Pisani shows students how to take things apart to see how they work, then shows them how to put things back together. As a class they learn woodworking and build things like birdhouses and a large dollhouse. Pisani also takes his students on field trips around campus, teaching them the history of KU.

Notable: Pisani teaches his students that the world is bigger than them and that giving back is important. To help teach this, he will spend hours at home cutting wood so his students can build birdhouses in the fall. They construct the birdhouses, paint them, then sell them. Each year, the class chooses a charity to benefit from the sale. His students have given their proceeds to KU Wounded Warriors and the Lawrence Humane Society.

When there are big projects around the building, he performs many of the handyman tasks, such as changing pictures, minor electrical work, building shelves and cabinets. Pisani, along with the children in his class, designed the playground and the landscaping outside of the building.

Many of Pisani’s students return to volunteer for him when they are older, and many come back to visit him, even if it has been years since they were a student. He helps those students, even at a young age, feel like a part of KU, and he fosters an early love of the university.

Search options »
Subscribe to KU Today
KU in the news
CNN — Fri, 05/22/2020
Populations vulnerable to the coronavirus are more likely to believe and share misinformation
MarketWatch — Tue, 05/19/2020
‘The stakes of doing it wrong is that someone dies’: How coronavirus will transform K-12 schools in the fall
Avium LLC, a @BTBC _KU startup with @kuengineering roots, is working on a device to generate hydrogen from water usi… https://t.co/FiiXx7JiOE
«»
Follow us on Twitter »
Why KU
Apply »
One of 34 U.S. public institutions in the prestigious Association of American Universities
44 nationally ranked graduate programs.
—U.S. News & World Report
Top 50 nationwide for size of library collection.
—ALA
5th nationwide for service to veterans —"Best for Vets: Colleges," Military Times