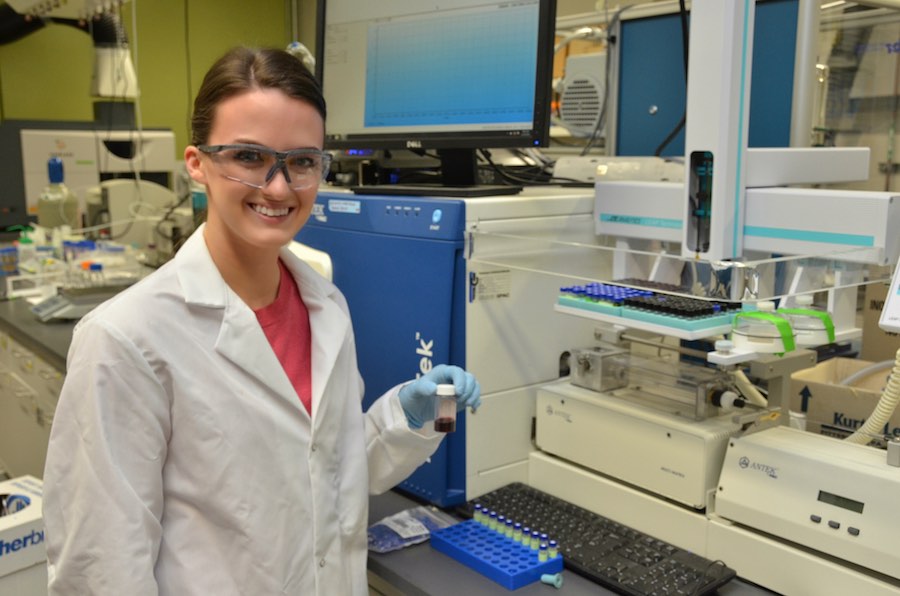 LAWRENCE — Winemakers have added sulfites to preserve their products since the time of the Roman Empire. Sulfites, a class of compounds including sulfur dioxide and sulfite salts, act as antioxidants and antibacterial compounds. They can occur naturally in the winemaking process or can be added by producers to preserve freshness and boost flavor in a vintage.

But, according to the U.S. Department of Agriculture, “People who have an intolerance to sulfites can experience symptoms including chest tightness, hives, stomach cramps, diarrhea and breathing problems. The underlying mechanisms for sulfite intolerance are not completely understood. For some individuals, though, the sensitivity to sulfites may be an allergic type of response. People with asthma appear to be at an increased risk of having asthma symptoms following exposure to sulfites.”

Due to these concerns, since 1988 wines sold in the U.S. containing more than 10 parts per million (10 ppm) of sulfites have been required to include the phrase “contains sulfites” on the label.

Now, a research drive at the University of Kansas School of Engineering is working toward the design and marketing of a low-cost, easy-to-use device that would filter up to 99 percent of sulfites from wine when it’s poured from the bottle.

“Our idea is that you’d have a device like an aerator,” said Mark Shiflett, Foundation Distinguished Professor of Chemical & Petroleum Engineering, who is leading the investigation. “You’d stick it on the top of the bottle — and as you pour a glass through the device, it removes the sulfites. And it would be inexpensive. When you’re at the cash register you’d have these devices for sale. They’d be a dollar or less. You’d buy a handful. With every one sold, KU would get a fee back. It could be like the next Gatorade, the drink developed at the University of Florida.”

Shiflett, who landed at KU following a 28-year career at DuPont working in process and product development, sees the project as a way to engage undergraduate students on his research team where “they can invent new products.”

“With this project, the idea is to help them develop a product here at KU you could ultimately market and sell — and help instill in them an entrepreneurial spirit,” he said.

According to Shiflett and his young researchers, there already are products in the marketplace advertised as removing sulfites from wine — but they have shortcomings. In addition to the high cost for consumers, Shiflett’s group has tested these products and found they only remove some of the sulfites.

“We’re showing the current products only remove about half of the sulfite based on our initial testing,” said Maddie Lyda, an undergraduate senior in chemical engineering working on the project in Shiflett’s group.

In the lab, Lyda tests samples of materials found in products on the market and screens promising materials the Shiflett group is considering for removing sulfites from wine (and other products like fruit juices that also can contain sulfites).

“We’re doing a chemical separation — where the wine passes through a material that acts like a magnet for the sulfites,” said William Gilbert, a postdoctoral researcher in Shiflett’s lab. “These are materials that if you were to look at the atomic scale you would find chemical sites that specifically bind sulfites so they don’t pass into the wine glass.”

Shiflett hired one of his colleagues from DuPont, David Corbin, a world expert in porous materials called zeolites, to provide guidance on the selection of materials the researchers are testing.

“We are designing a material that would bind to the sulfites selectively,” Shiflett said. “The other components of the wine, like the sugars and the tannins, won’t be affected. It’s adsorbing based on the idea of going specifically after the sulfites.”

Shiflett stressed the adsorbent must remove the sulfites without changing the quality of the wine — a goal that complicates the removal of the unwanted preservative.

The KU researcher said if his team could successfully design and build a sulfite filter that easily attached to the end of a bottle, he believed consumers would purchase the device. By contrast, products already available to reduce sulfites require putting drops of a chemical in the glass of wine, pouring wine through a filter set atop the glass or stirring a filter through the wine.

“You need it at a price point where it will sell and it will be really effective,” said Shiflett. “We want something that takes out 99 percent of sulfites and doesn’t put anything into the wine. A year from now, maybe we could go onto ‘Shark Tank’ or go to a big wine producer like E & J Gallo Winery and say, ‘Look — a box of wine could come with one of these sulfites filters on the end of it.’”