LAWRENCE — Since 1970, the Emily Taylor Center for Women & Gender Equity has honored a select group of women to be inducted into the University of Kansas Women’s Hall of Fame. For the 50th anniversary of this prestigious honor, the ETC will celebrate KU’s rich legacy of phenomenal women who have defied limiting stereotypes and barriers to pave the way for those who follow in their footsteps.

“These women we are honoring this year are leaders and trailblazers in their respective fields who have made substantial contributions through their vision, determination, creativity and willingness to challenge the status quo," said Kathy Rose-Mockry, the center’s director. "They remind us of the importance of women’s voices, contributions and courage in bringing about change in our world. The influence of their numerous contributions and achievements is immeasurable, and these women serve as awe-inspiring role models for all of us.”

This year’s Hall of Fame inductees: 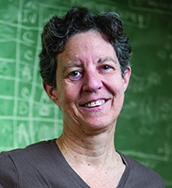 Alice Bean, University Distinguished Professor of Physics
A nationally and internationally renowned experimental particle physicist, Bean joined the KU faculty in 1993. In addition to her outstanding work as a physicist, scholar and teacher, she is celebrated for her ability to translate science, technology, engineering and mathematics to lay society through her outreach efforts. Bean is a member of the Compact Muon Solenoid collaboration at the Large Hadron Collider experiment in Switzerland. Along with other collaborators, she co-discovered the Higgs boson in 2012. Bean is a Fellow of the American Association for the Advancement of Science and the American Physical Society. 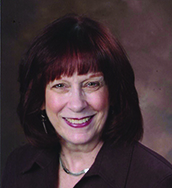 Gigi Gibson Bolt, adjunct associate professor at Columbia University and former director of theatre and musical theatre for the National Endowment of the Arts
For over four decades, Gigi Gibson Bolt has been described as “one of the pillars of America’s theater community.” She serves as a theater and musical theater program and philanthropy consultant. A Kansas native and 1965 KU graduate, she has received both the Alumni Honor Citation and the Alumni Merit Award from KU’s theatre department. She has been essential in administration and policymaking for the arts, and she has been described as “one of the unsung bulwarks safeguarding the NEA and the arts in general” as Congress has debated de-authorizing and de-funding the National Endowment for the Arts. 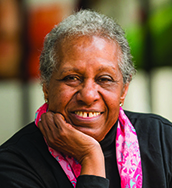 Nedra Patton Bonds, textile artist, community activist and educator
Nedra Patton Bonds is a KU alumna known for her own innovative style of quilted fine art using fabric, beads and symbolism to explore issues dealing with human rights, race, women, politics and the environment. She is perhaps best known for her "Quindaro Story Quilt" (1993) which illustrates the history of her hometown, visually documenting the townsite’s significance as a station on the Underground Railroad. Created in protest of legislation that would have allowed developers to build a toxic waste site atop the Old Quindaro Cemetery, Bonds’ quilt raised awareness concerning the proposed project and fostered local resistance to the landfill. Concerned environmentalists won the fight to preserve Quindaro, and the National Register of Historic Places added the township to its list of sites deemed worthy of historical preservation. 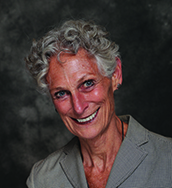 Stephanie Blackwood, director of major gifts for the Ms. Women’s Foundation and social justice advocate
For more than 30 years, Stephanie Blackwood has advocated for women’s advancement and LGBTQ inclusion by acting as a major leader, both nationally and internationally, in the fields of innovative marketing, development and communications. As a KU graduate student, she joined the dean of women’s staff and assisted with the Career Resources Center, which acted as the foundation for the Emily Taylor Center, which was established later. Throughout her career, she has successfully generated funding support from foundations, corporations and major donors through her work with the Gay, Lesbian, and Straight Education Network (GLSEN), PFLAG and the Ms. Foundation for Women. 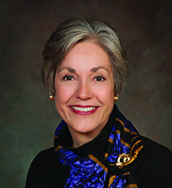 Cynthia Hardin Milligan, president and CEO of the Wood Stieper Capital Group and dean emeritus of the College of Business, University of Nebraska-Lincoln
Cynthia Hardin Milligan, a KU alumna, worked directly with Emily Taylor, dean of women and the center’s namesake, as an undergraduate. She went on to a distinguished law career with a focus on taxation, banking and finance, and she mentored women seeking careers in this male-dominated field. She has taught law at Georgetown University and the University of Nebraska College of Law. Milligan became the director of the Nebraska Department of Banking and Finance and also acted as an education adviser to the governor of Nebraska. She is dean emeritus of the College of Business Administration at the University of Nebraska-Lincoln, where she became the first woman dean in 1998. 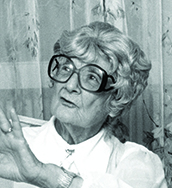 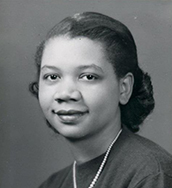 In addition, the center recognizes Dr. Marjorie Cates as this year’s Pioneer Woman, an exemplary Kansas woman who has made historic contributions of local or statewide significance. Cates is the first black woman to graduate from KU’s medical school in 1958. KU Medical Center honored her this last year with an academic society dedicated in her name.