LAWRENCE — Four outstanding juniors will be the University of Kansas’ nominees for Harry S. Truman Scholarships.

The students are competing for the prestigious national awards, which provide up to $30,000 for graduate study. The awards are given to college juniors for leadership in public service. They are highly competitive, with only about 60 Truman Scholars named nationwide each year.

Criteria for the nominations include an extensive record of campus and community service, commitment to a career in government or the nonprofit and advocacy sectors, communication skills and a high probability of becoming a "change agent," and a strong academic record with likely acceptance to the graduate school of the candidate’s choice.

The campus nomination process is coordinated by the Office of Fellowships, a unit of Undergraduate Studies. Students interested in applying for the Truman Scholarship in future years are encouraged to contact the office, which can nominate a limited number of students each year.

Since 1981, 20 KU students have become Truman scholars. Samuel Steuart was the most recent KU student to receive the honor in 2019.

Congress established the Truman Scholarship Foundation in 1975 as the federal memorial to President Harry S. Truman. A national selection committee reviews applications from more than 800 nominees for the Truman Foundation in Washington, D.C. Approximately 200 students will be named finalists in late February and invited for regional interviews in March and early April. The scholarship recipients will be announced in late April.

More information about KU’s nominees is below: 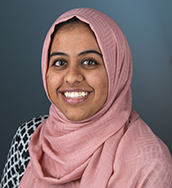 Aroog Khaliq, Overland Park, is the daughter of Abdul and Shazia Khaliq. A graduate of Blue Valley West High School, Khaliq is majoring in psychology and English (creative writing). Khaliq is a Chancellor’s Scholar, a member of the University Honors Program, received the Phi Beta Kappa First-Year Book Award and was selected as a sophomore for the University Scholars Program. Khaliq is a pre-medical student who has interned at the KU Medical Center and volunteered with local health care providers. She has served as freshman seminar assistant in the University Honors Program and as a student representative on the Office of First-Year Experience’s Common Book Selection Committee. Khaliq is currently development director of the Center for Community Outreach, where she has developed new accountability systems for logging volunteer hours and planned a fundraising gala. She is an opinion columnist and previously served as opinion editor for the University Daily Kansan. 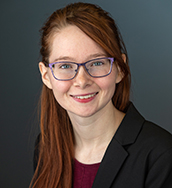 Laura Phillips, Perry, is the daughter of Jean Phillips and Steve Phillips. A graduate of Free State High School, Phillips is majoring in classical languages and ecology, evolution & organismal biology. Phillips has been a coordinator at the Center for Community Outreach for the Earth program since her freshman year. Phillips focuses on sustainable gardening and food security within the program. She has also worked for the Kansas Trails Council to help build and publicize hiking trails, with a focus on conservation and sustainable trail building. Phillips has spent several summers in the Rocky Mountains at Philmont Scout Ranch, working on fire rehabilitation and forestry management, and leading backpacking treks for high schoolers interested in ecology. She has worked at the KU Monarch Watch Lab and recently began work on sustainable agriculture research with Maggie Wagner, assistant professor of ecology & evolutionary biology. 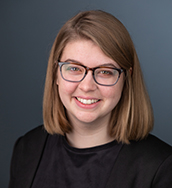 Meredith Shaheed, from Lawrence, is the daughter of Gail and Peter Shaheed. A graduate of Free State High School, Shaheed is a member of the University Honors Program and was selected as a sophomore for the University Scholars Program. At KU, Shaheed has served on the executive boards of Young Democrats Club and the All-Scholarship Hall Council, served as a student senator for two years and worked as an orientation assistant and orientation coordinator for the Office of First-Year Experience. During the 2018 election, she worked as a campus organizer for the Kansas Democratic Party. She spent fall 2019 studying rainforest and reef ecology in Australia, including a month conducting original research at Christmas Island National Park in Western Australia. This semester, Shaheed is serving as a congressional intern for U.S. Sen. Bernie Sanders in Washington, D.C. 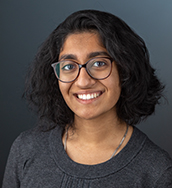 Sneha Verma, from Wichita, is the daughter of Rajesh and Ritu Verma. A graduate of Wichita East High School, Verma is studying economics with a minor in mathematics. She has worked as a research and teaching assistant and served as the director of policy and development for KU’s Student Senate. In this role, she planned and executed programs to alleviate student hunger, support sexual assault survivors and stabilize student fees. Verma was also an intern at Knight Foundation in Miami, where she worked on a $1 million-dollar grant initiative to fund organizations advancing tech literacy in communities. This work inspired her current research investigating the needs of rural and urban underserved areas and generating design recommendations based on community members' feedback. Outside of research, Verma is interested in bridging the participation gap in technology and worked with the KU Blockchain Institute to make tech more accessible.