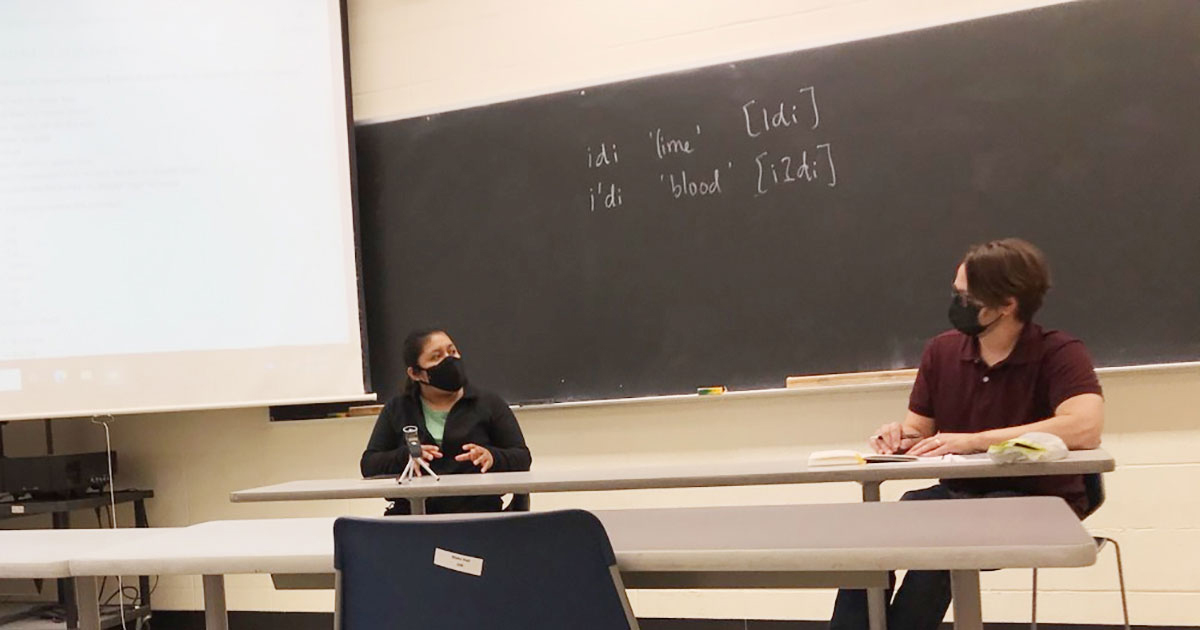 LAWRENCE – By creating an online trilingual dictionary with a grant from Humanities Kansas to the local Centro Hispano, applicants hope to help descendants of immigrants from the Mexican state of Guerrero preserve their heritage and maybe even speak to their grandparents back home in the indigenous language Meꞌphaa. 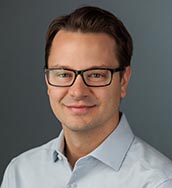 That is Philip Duncan’s hope, anyway. The University of Kansas assistant teaching professor of linguistics serves as project director for the newly announced $3,500 grant titled “Preserving the Meꞌphaa Language in Kansas: A Collaborative Online Dictionary.” Duncan is one of several collaborators on the project, which also includes Eutropia Rodriguez, community member and Meꞌphaa speaker; Sylvia Fernández Quintanilla, a public and digital humanities postdoctoral fellow who serves as project consultant; Lydia Diebolt, executive director of Centro Hispano; and Tamara Falicov, associate dean of the KU’s College of Liberal Arts & Sciences and professor of film & media studies.

“This project will not only preserve important details about the Meꞌphaa language but also make accessible personal narratives, histories, songs and traditional texts from this community,” said Julie Mulvihill, Humanities Kansas executive director. “People in Lawrence and across Kansas will be able to learn more about the language and culture shared by fellow Kansans.”

Rodriguez has spoken Meꞌphaa since she was young, and her parents never taught her Spanish at home. She said that it’s beautiful for Meꞌphaa people to continue teaching and learning Meꞌphaa “so that we don’t lose our culture.” She wants her “children to understand the importance of speaking many different languages, not just English and Spanish.”

Although a written glossary of Meꞌphaa exists, Duncan said, there is nothing like the online “talking dictionary” they have proposed for this language – including not only written definitions of words in which the reader can “toggle back and forth” between English, Spanish and Meꞌphaa, but also audio files of native speakers pronouncing the Meꞌphaa words, like a̱ꞌma, which translates as “bee” in English and “abeja” in Spanish.

There will also be an opportunity to record and include longer stories told by local Meꞌphaa speakers, Duncan said.

It all springs from the immigrant community’s desire to preserve its heritage, Duncan said, and they aim to build on that energy.

“We're first coordinating a meeting where people can give us input on the base of words they feel would be meaningful to start with,” Duncan said. “We're going to be building a website together, with the community driving the content in the sense that maybe there's certain domains of words, like words for plants, for example, or family, and maybe those are the ones that they want to start with.

“In addition to that, we also want to do some audio or video recordings where people tell personal stories or histories, of whatever nature that they feel comfortable with, told in Meꞌphaa. The entire resource, at the end of the day, would be trilingual; it would be in Meꞌphaa, English and Spanish, and they can toggle between the languages, basically.”

The grant is for one year, and the hope is to complete the project in that time frame.

While he has studied the endangered language for over a decade, Duncan said it’s not yet fully known how Lawrence wound up with an immigrant community of Meꞌphaa speakers from the mountainous, eastern part of Guerrero — the state extending inland from the Pacific Ocean beaches of Acapulco.

He said he's excited about the project.

“It's definitely a new thing that needs doing,” he said. “I think that, oftentimes in linguistics especially, there is this notion of focusing on where the community starts, and we don’t necessarily think about the value and authenticity of the communities in diaspora.

“A lot of people here are really interested but not connected to the same resources that they would have access to back home. And here now they’re taking the opportunity for us to build what we hope to be a truly collaborative, community-led project to support people. It’s cool.”