LAWRENCE — The Dole Institute of Politics at the University of Kansas has announced that it will livestream the fourth and final installment of its afternoon series inspired by the “Voices from the Big First, 1961-1968” exhibition at 3 p.m. May 11 on the institute’s YouTube channel. The event will feature former U.S. Sen. Pat Roberts and will be moderated by Audrey Coleman, Dole Institute associate director and director of museum and archives. 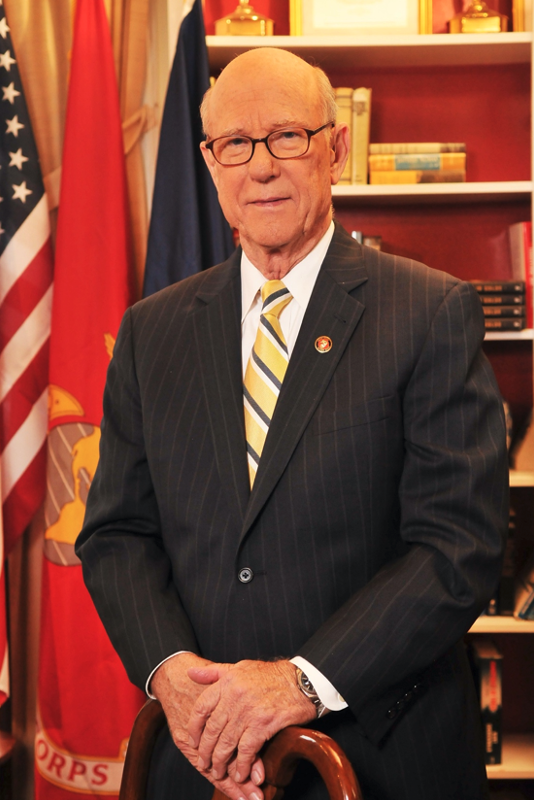 “Senator Roberts is a longtime friend of Senator Dole and of the institute,” said Director Bill Lacy. “We are always happy when he can join us, especially when he can share his unique insight on something he and Senator Dole share: They both served as U.S. representatives to the first congressional district in Kansas.”

Featuring a selection of constituent letters written to then-congressman Dole from the collections of the Dole Archives, this original exhibition curated by Kansas history scholar Virgil Dean offers a window into the hopes and fears of everyday Kansans as they responded to change at home and conflict abroad. Roberts served the same district for 16 years after his election to the House in 1980.

“This is a great opportunity to hear about Senator Roberts’ earliest experiences representing Kansas as a congressional staffer and a contemporary of Bob Dole in the 1960s and ‘70s,” Coleman said. “As a congressman elected to serve the same district 20 years later, Senator Roberts will also have important insight into the concerns of Kansans in two very different eras.”

Roberts is a former senator and U.S. lawmaker from Kansas. During his 23 years in the Senate, Roberts served as chairman of the Senate Agriculture and Senate Intelligence committees. While serving in the House of Representatives, he was chairman of the House Agriculture Committee. He became the first member of Congress in history to have chaired both the House and Senate agriculture committees. He also served as the ranking member of each committee. He represented the Big First district of Kansas for 16 years.

"The Voices from the Big First, 1961-1968" exhibition is on display in the Elizabeth Dole Gallery and Reading Room through fall 2021. Visit www.doleinstitute.org for current visiting hours and safety protocols.

The Dole Institute of Politics is dedicated to promoting political and civic participation as well as civil discourse in a bipartisan, philosophically balanced manner. It is located in KU's West District and houses the Dole Archive and Special Collections. Through its robust public programming, congressional archive, and museum, the Dole Institute strives to celebrate public service and the legacies of former U.S. Senators Bob and Elizabeth Dole.