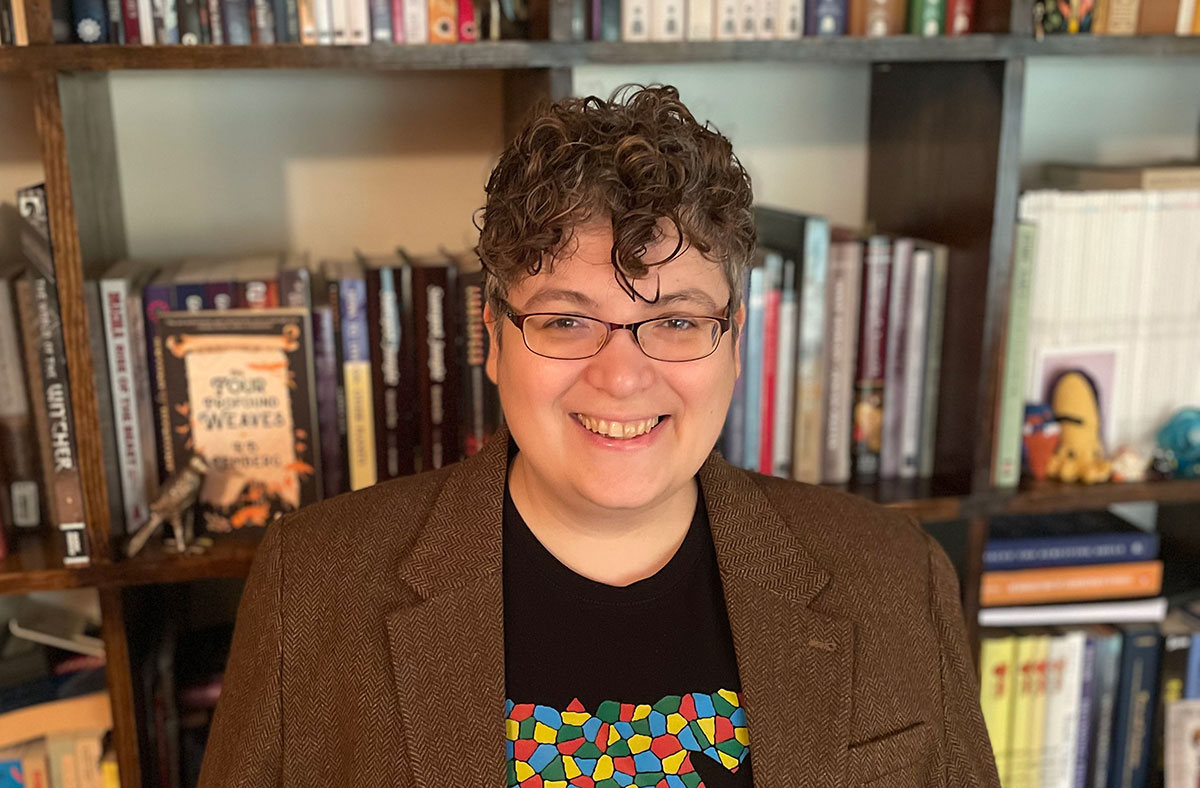 LAWRENCE – For a decade, using the pen names Rose and then R.B. Lemberg, Renee Perelmutter has created a fantastic literary universe concerned with issues and told from the viewpoint of gender fluidity.

That growing collection of poems, stories and short novels is set in what the University of Kansas associate professor and director of Jewish studies calls the Birdverse – a universe of humans who worship an avian deity – and it is striking a chord with contemporary readers. 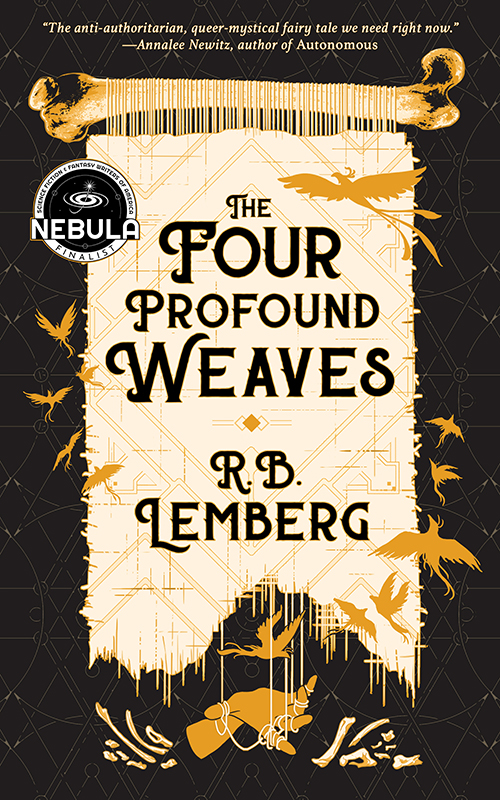 For the second time now a Birdverse book, in this case the novella “The Four Profound Weaves,” (Tachyon Publications, 2020) has been shortlisted for perhaps the most prestigious award in the field of sci-fi and fantasy – the Nebula given by the Science Fiction Writers of America. “The Four Profound Weaves” is also a finalist for this year’s Ignyte and Locus awards.

It has been issued in audio book form, and Perelmutter has an agent fielding offers of interest from the movie industry. Next year Tachyon will bring out “The Unbalancing,” a short Birdverse novel, and Ben Yehuda Press will publish “Everything Thaws,” Perelmutter’s “poetry memoir.”

It also plays on a number of Jewish themes. The “nameless man” lead character, who later takes the name Kaveh-nen-Kimri, is a member of Birdverse’s Khana people, whose rules echo those of many traditional Jewish communities, e.g., cloistered scholarship of holy books limited to men, ritual baths, men not allowed to hear women singing, etc. In “The Four Profound Weaves," the corner of the Birdverse shown is a desert land, like the Middle East, where Judaism originated. Many character names have Hebraic sounds and patterns.

The other leading character is the converse of the nameless man. Uiziya e Lali is a trans woman. However, her transition took place early in life, in a culture where such a thing is accepted, unlike the Khana people.

The story deals with the characters’ quest for understanding, wholeness, liberation.

“Both of these protagonists are in their 60s,” Perelmutter said. “They have lived very full lives, which included both very positive and very negative things. It was inspired by what happens when you come out later in life.

“I really wanted to write about ‘What if you were constrained throughout your life, and suddenly you become free? What then?’ And from writing this book, I found out that it's not enough to transition. The story does not end there. It begins there, in many ways, and there's a whole adventure that follows.”

Apart from the positive reviews, Perelmutter said, “Many people wrote me personal letters after the book was published and thanked me for writing about the experiences of people who are not often seen in literature. So I think this did something good.”

Having been born in Ukraine and immigrated to Israel before coming to the United States, English is Perelmutter’s third or fourth language. (They also teach in KU’s Department of Slavic Languages & Literatures.) Likewise, Lemberg is one of many names Perelmutter has used. Lemberg was the 19th-century name of Perelmutter’s hometown, Lviv. Rose was Perelmutter’s great-grandmother’s name. That was abbreviated to R.B. when Perelmutter came out as nonbinary.

“When I was born, they wanted to name me Rosa, but they felt that it was too Jewish, and I would be subjected to antisemitism, which I was subjected to anyway,” Perelmutter said.

Coming out now as R.B. Lemberg, Perelmutter said, is a way of further integrating their personal and professional lives.

“I'm working toward an integration of those two aspects of my life,” Perelmutter said. “I feel that my creative writing informs my academic work, especially as I mentor students. My creative writing informs my research and the topics that I'm interested in. And the reverse is, of course, true, as well. I have experienced a lot of discrimination throughout my life, and now I am in the position emotionally where I can push against it and try to integrate those two parts of my life.”

Image: Renee Perelmutter’s latest book under the pseudonym R.B. Lemberg, “The Four Profound Weaves,” is a finalist for a Nebula and other writing awards this spring. Credit: Bryn Greenwood