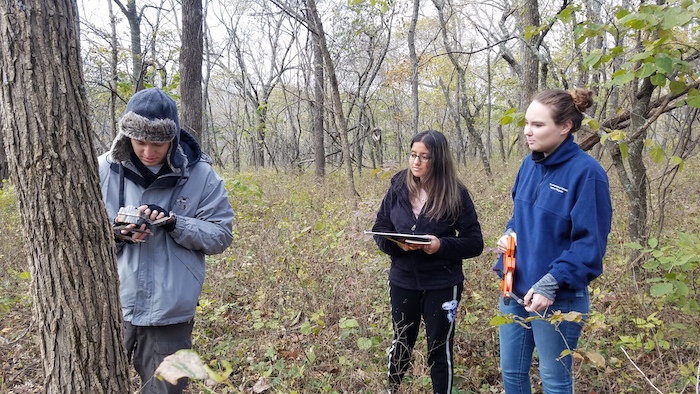 LAWRENCE — A new scholarly article in the journal Ecology describes findings from the first nationwide mammal survey — discoveries made with the help of University of Kansas undergraduate researchers.

Called Snapshot USA, this first-ever nationwide mammal survey comprises scientists from the North Carolina Museum of Natural Sciences and the Smithsonian Conservation Biology Institute, in collaboration with more than 150 scientists from across the nation. The scientists collected data from 1,509 motion-activated camera traps from 110 sites located across all 50 states, including at the KU Field Station north of Lawrence.

In fall 2019, 24 undergraduate students from KU’s Environmental Studies Program assisted with research at the KU Field Station for Snapshot USA. The students helped set up wildlife cameras at the Field Station and then identified and counted animals recorded in the images.

In 2020, an additional 28 undergraduate students used national data from the 2019 project to investigate questions about wildlife ecology. Their research topics ranged from the activity patterns of grizzly bears in Alaska to a comparison of mammal diversity between the KU Field Station (rural) and areas around Pittsburg (urban-suburban). 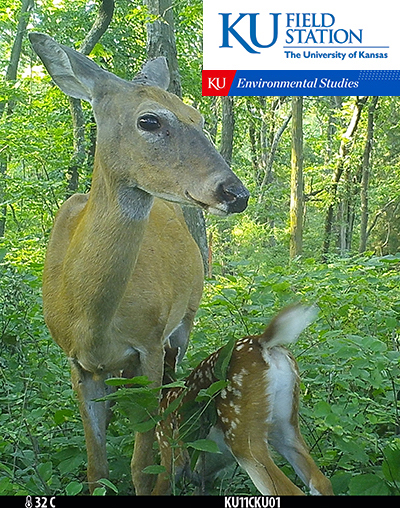 White-tailed deer were the most common animals captured in photos taken at the KU Field Station. Raccoons, coyotes, opossums, squirrels, rabbits and wild turkeys were also represented. A bobcat made an appearance in the 2020 survey.

No armadillos were recorded by the Snapshot cameras at the KU Field Station, though they were frequently photographed at the Pittsburg site, 115 miles south.

“Students in the Field Ecology course will continue to work on this nationwide survey as it continues in future years,” said Robert Hagen, field education coordinator and lecturer in the Environmental Studies Program. “Among other questions, we will be looking to see whether armadillo populations spread northward to the KU Field Station — and how quickly.”

A paper describing the research results appears in the journal Ecology, a publication of the Ecological Society of America.

The KU Field Station is managed by the Kansas Biological Survey, a KU research center. Its mission is to foster scholarly research, environmental education and science-based stewardship of natural resources.