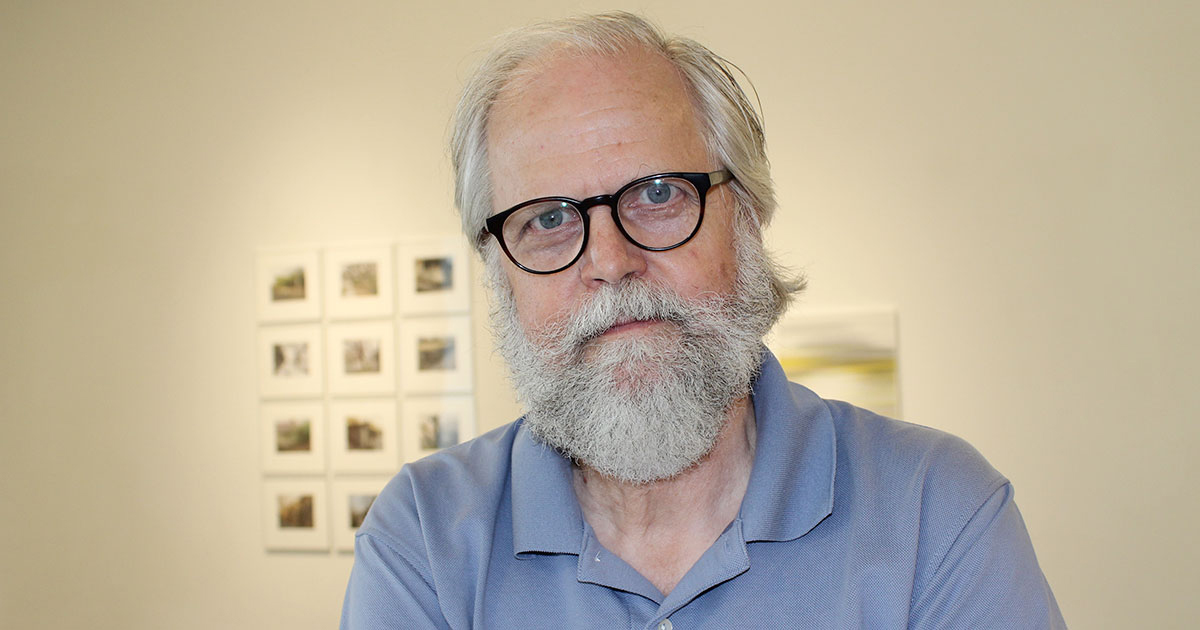 LAWRENCE – For Mike Sinclair, in some ways, the COVID-19 pandemic period of lockdown and restriction was no different than the before times. Walk around and shoot photos. Every. Single. Day.

“If I don’t go out and photograph, I don’t feel good about the day,” said the University of Kansas School of Architecture & Design professor and longtime Kansas City street photographer. “It’s like how some people feel about exercise.”

Twenty of the resulting images from Sinclair’s recent daily sojourns on foot from his midtown K.C. home are part of a group show called “Everyday” that runs through Aug. 6 at Haw Contemporary gallery in the West Bottoms.

“The idea came from Anne Lindberg, who now lives in New York but for years was here in Kansas City, for a show with her, myself and Archie Scott Gobber,” Sinclair said. “When we started planning the show in February, the first thing was we came up with the title ‘Everyday.’ It’s Anne’s idea ... that in some ways, the pandemic didn't change our routine of thinking about work, making work every day. Particularly Anne and I are both people that are working every day, doing something.”

Sinclair’s photographs in “Everyday,” taken with an inexpensive digital camera and printed in color, are clustered in groups, focusing on patterns he discerns along the byways and the entropic effects of time.

Sinclair said reading Susan Orlean’s “The Library Book” caused him to look at the city differently than he had before.

“So that’s what a lot of these pictures are about. There are sidewalks in them. It's also about how the city is changing, and a lot of these old structures are decaying and being replaced with more modern building materials like concrete blocks.”

The patterns of a natural limestone outcropping are reflected in the built environment, Sinclair shows the viewer. He looks at the same tree from different angles, in different seasons. There are hardly any people in Sinclair’s photographs, save for one where a series of family portraits is lined up on a desk or mantel. Sinclair said it was the first time he has shown a photograph taken inside his own home.

And while Sinclair doesn’t insist that his “everyday” working style is for everyone, he does offer his students a taste of it with assignments that sometimes run in series.

“It's not so much whether the photographs are good or bad,” Sinclair said. “It's that process of having a camera and looking, right?”