LAWRENCE – Sarah Waters does not often get emergency calls. So, when the director of University of Kansas Student Housing received a call about an emergency unfolding at Ellsworth Hall on Sept. 20, she knew it must be significant.

A sprinkler head was unintentionally broken by a student on the 10th floor of the residence, which caused water to pour out of the sprinkler for approximately 30 minutes, according to KU Public Safety. The water had to run until Lawrence-Douglas County Fire Medical determined there was no fire present. Shawn Harding, director of Facilities Services, estimates the sprinklers put out about 25 gallons of water per minute.

Even so, quick work of KU staff in Facilities Services, Custodial Services and Student Housing turned a potential disaster into a minor incident.

“It’s a massive partnership when stuff goes wrong around here,” Waters said. “Everybody on the scene is following the direction of the complex director and our assistant director on call. They’re telling folks – including our resident assistants – what to do and calling campus partners for additional support. They’re trained to key into spaces, do quick observations on how far the water has gone and report back.” 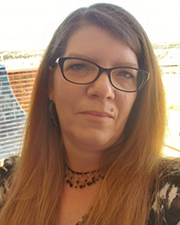 Second shift assistant custodial supervisor Leslie Payne answered the first emergency call. She led the charge in getting staff to the residence hall with the proper equipment to negate the flooding.

“The supervisor that is normally there with her wasn’t that evening,” said Cameron Lauer, director of Custodial Services. “She stepped up, ran the entire thing and got people there and delegated.”

Harding’s facilities maintenance crew then showed up first and identified where the issue was, what needed to be done in real time to stop it so the water didn’t continue to flow and what to do so it didn’t happen again. All available custodians responded immediately to the area with the proper equipment to start sucking up the water near the source, so there wasn’t as much volume trying to make its way downward.

“The custodial response was the real heroic work of this event,” Harding said, “and what ultimately kept the problem to just a few rooms.”

Lauer said that all custodial workers have been coached to understand that a quick reaction to limit the damage is everything in emergencies.

“Without their practice, preparation and the care they have the university, what they were able to do is not possible,” Lauer said. “They’re a special group of people.” 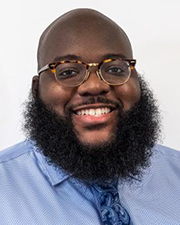 With the flood occurring on the 10th floor, there were approximately 15 rooms impacted by water damage. Some of those were standard two-person rooms, and some were four-person suites. Thanks to the quick work of the KU staff, of the 40 whose living environment had water in it, just 12 had to be relocated to empty rooms in Ellsworth Hall and Jayhawker Towers.

All students affected by the flood have returned to their rooms. Waters said it took just under three weeks to finish all the necessary repairs to make the rooms safe to live in again.

“We got lucky in this case as the room with the water problem was near the end of the hall, and there was a utility chase right next to it,” Harding said. “And had the water been on longer, there would have been much more damage and disruption to the lower floors. We were able to keep the worst of it to a stack of three suites.” 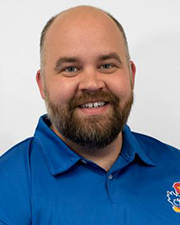 Waters, Lauer and Harding all expressed gratitude for the patience and cooperation of the students throughout the whole ordeal.