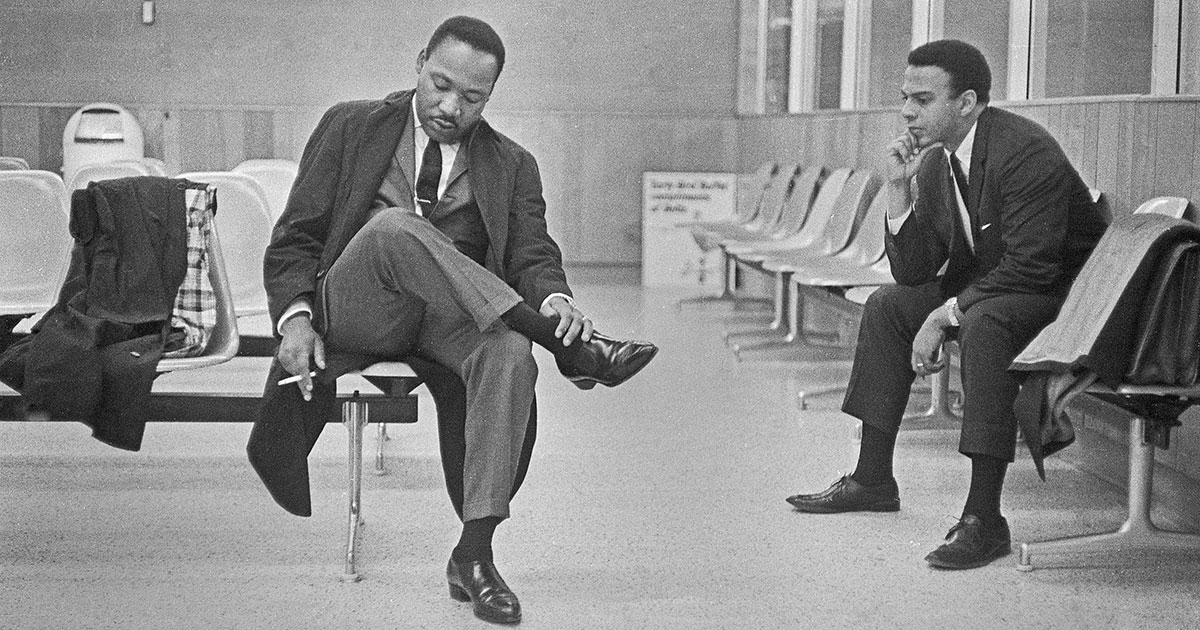 LAWRENCE – Randal Maurice Jelks is a University of Kansas professor, author and documentary film producer as well as a Presbyterian clergyman. He has written three books, and his fourth will be released Jan. 11. Each of his books deals with a different aspect of Black American and U.S. civil rights history. 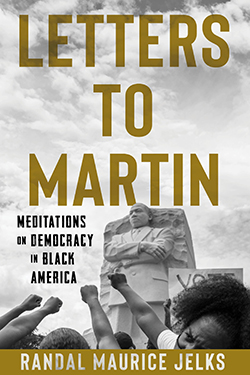 But his latest, “Letters to Martin: Meditations on Democracy in Black America” (Lawrence Hill Books/Chicago Review Press), is different. It’s a heartfelt appeal about American democracy, framed as a series of letters to Martin Luther King Jr. to provide some of his inspiration to today’s younger generations.

In the book’s introduction, Jelks traces its central idea to a talk he gave at Elmhurst College (now Elmhurst University) shortly after the 2017 inauguration of President Donald Trump.

“The students were kind of down, and I was trying to figure out something to say that would be helpful to them, to let them know that they weren't the only ones who ever struggled,” said Jelks, professor of African & African-American studies and American studies. “There always have been struggling times throughout U.S. history. I wanted to give them a way of understanding that Martin Luther King Jr. was 26 years old at the time he led the Montgomery bus boycott — not that far from them — and he felt a destiny that he often referred to as the zeitgeist pushing him forward, a call to action. So I wanted young people to feel like they have a way of participating in that and that participation comes with struggle. But it’s struggle that changes things, we hope, for the good, as long as we keep doing it.”

The thought stayed with Jelks after that initial presentation. 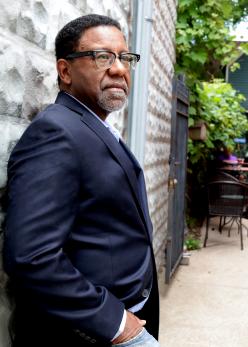 “I thought this was a great idea for how to communicate history and culture, the stuff that I teach in American studies and in AAAS,” Jelks said. “This is a way of embodying it, making it real.”

It also gave Jelks a chance to reflect on his own experiences as a young person, growing up in the shadow of King’s 1968 assassination, and to compare notes with today’s youths.

“I wanted to write partly about my own experiences, but partly about larger and broader questions that we are faced with, from issues of labor to issues of sexuality — and how to form those questions in ways that made sense,” Jelks said. The author is also conscious of the “generational differences” between himself and his students and potential readers. “I was talking to Gen Z and millennials at that talk,” Jelks said, “and so I wanted to make sure to understand that I'm a boomer and the generational conflicts that come with that.”

King remains relevant to today’s problems, issues and conflicts, Jelks said, and there was more to be written about him.

“In terms of the ultimate questions he was asking about U.S. society, about entanglements in foreign wars – and we were entangled in Afghanistan for 20 years based largely upon the ignorance of U.S. policymakers ... King was very aware,” Jelks said. “His 1967 speech that is cited all the time, ‘Beyond Vietnam,’ is saying, literally, that we're going to get ourselves in more and more of these entanglements. ... So in that way, he's as contemporary as can be. ... People may disagree with his Christianity and his nonviolent stance. But his assessment of the problem of labor is still relevant. He's asking, ‘Given automation, what are we going to do for low-skilled workers?’ He's asking questions that I think we are still asking ourselves ... that we have to answer and account for.”

Jelks argues in the book that democracy is under threat from voting rights restrictions, gerrymandering, “algorithmic robber barons” and more. But for him, King remains a global beacon and source of hope for envisioning and mobilizing citizens to fully commit to building an inclusive democratic society.

“Even though I am academic, I get bored with academicians sometimes,” Jelks said, “because I think that simply analyzing something doesn't get to the heart of people. ... The writing has to be transformative enough to get people to think. As a kid, I grew up reading James Baldwin and Richard Wright and Saul Bellow and Toni Morrison and Joan Didion. They move you. So I was hoping to write well enough to move people to think and act.

“Academics are told to analyze, analyze,” Jelks said, “but King warned of paralysis by analysis from politicians and academics alike. Analysis alone does not make change. You have to be able to move people. This is the power of rhetoric. We see this with Donald Trump. Well, you saw it with Martin Luther King, more so. King’s legacy was an inclusive one. You have to move people to get them to mobilize — for democracy. One of the things that I still think is relevant is that King was democratic to his core.”