LAWRENCE — Three Jayhawks will receive the 2022 Fred Ellsworth medallion for their faithful, longtime service to the University of Kansas and higher education. John Ballard, Overland Park; Warren Corman, Lawrence; and Kala Mays Stroup, Lawrence, will be honored Sept. 23 at the Burge Union in conjunction with the fall meeting of the KU Alumni Association’s national board of directors.

The Alumni Association created the award in 1975 in tribute to Fred Ellsworth, a 1922 KU graduate who became the association’s longest-serving leader. He retired in 1963 after 39 years as executive director and secretary. 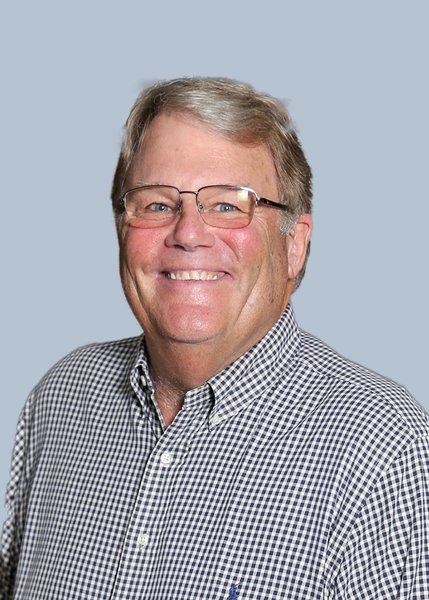 Ballard, a 1973 School of Business graduate, recently retired as principal owner of Property Specialists Inc. in Leawood. As a KU student, he played football for the Jayhawks, and he has remained committed to assisting student-athletes through the years. He volunteered from 1985 to 2003 as a mentor to men’s basketball team members who were coached by Larry Brown and Roy Williams. He also assisted in recruiting Bill Self to Kansas as Williams’ successor, and he worked closely with Self and fellow alumni from 2006 to ’08 to champion the renovation of Jayhawker Towers Apartments for student-athletes. Most recently he served on the search committee in the hiring of Athletics Director Travis Goff. He and his wife, Cindy, are longtime member of the Williams Education Fund for Kansas Athletics.

For KU Endowment, the Ballards are members of the Chancellors Club and Jayhawk Faithful.

He has fulfilled vital leadership roles for the Alumni Association, leading the organization as national chair from 2018 to ’19 and serving six years on the board. As a longtime member of Jayhawks for Higher Education, the association’s statewide legislative advocacy network, Ballard has ardently made the case for higher education funding. He is a member of the JHE Steering Committee. His dedication to advocacy and his abiding interest in Kansas politics recently led him to co-found Kansans for Higher Education, an independent political action committee that includes alumni of both KU and Kansas State University who champion higher education and the far-reaching impact of both universities in serving all Kansans. He co-chairs the group.

“John is such a great example of what Jayhawks can do and should do as advocates,” said Kelly Reynolds Whitten, KU associate vice chancellor for state relations. “I’ve never seen a more dedicated Jayhawk, and I love to connect him with legislators because he is such a great, knowledgeable ambassador.”

Ballard has helped highlight KU’s growing presence in Kansas City, especially through the KU Medical Center and The University of Kansas Cancer Center. The Ballards have attended numerous Rock Chalk Balls through the years, co-chairing the event in 2011. They also have attended the Jayhawk Roundup in Wichita and traveled with the Flying Jayhawks.

They donated a 3,000-year-old papyrus to KU’s Spencer Research Library when their son, Jake, took a course taught by Paul Mirecki, associate professor of religious studies. After purchasing the papyrus at a fundraising event, the Ballards enlisted Mirecki’s expertise to learn more about it; the professor identified it as a rare example of the ancient Gnostic gospels. The Ballard Papyrus is now part of the Spencer Library’s Special Collections. 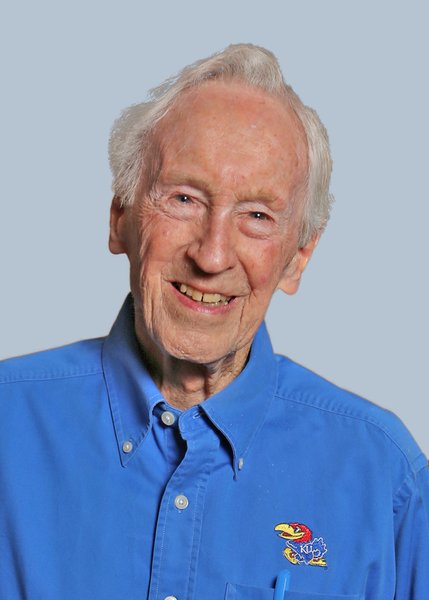 Corman, a 1950 School of Engineering graduate, made an enormous impact on KU and higher education through his 69-year career in architecture and engineering. He served as an architect for the state of Kansas, the Kansas Board of Regents and KU. In the 1970s he led efforts to pass pivotal laws that improved the integrity and efficiency of the state’s process for selecting architectural, engineering and construction firms. He worked with former Kansas Gov. Bill Graves in the 1990s to advocate for a bond issue to help address the staggering backlog of deferred maintenance projects among the 600 buildings in the Regents system. The measure passed both houses of the Legislature with only one dissenting vote.

“Warren knew politics, and he knew how to get things through the Legislature,” said former Chancellor Archie Dykes, who led KU from 1974 to 1980. Dykes especially remembers Corman’s leadership in 1978 of the Bell Memorial Hospital construction at KU Medical Center, then the largest project in Kansas history. “Warren had to oversee that and push progress on construction to keep down cost overruns,” Dykes said. “He did it marvelously, and you rarely had any outbursts of anger from the medical doctors, which I thought was pretty good. He saw it through to a successful conclusion.”

Corman led hundreds of projects on nearly all KU campuses: Lawrence, Kansas City, Wichita, KU Edwards Campus in Overland Park and the Kansas Law Enforcement Training Center in Yoder. The extensive list begins with one of KU’s most exalted landmarks, Allen Fieldhouse, in 1955. Others include:

After working from 1966 to ’97 for the Regents, Corman accepted Chancellor Robert E. Hemenway’s offer to become university architect and special assistant to the chancellor. Hemenway often asked Corman to find sites for new buildings and, in the case of the Multidisciplinary Research Building (“Mr. B”) in KU’s West District, oversee the construction in record time.

For Chancellor Bernadette Gray-Little, Corman served from 2012 to 2016 as consultant to the School of Engineering expansion.

For the Alumni Association, Corman, a World War II veteran who served in the Navy’s Seabees, continues to volunteer on the KU Veterans Alumni Network board.

Corman’s previous KU honors include Distinguished Alumnus of both the architecture and engineering schools, a Lifetime Service Award from Kansas Athletics and Grand Marshal of the 2011 Homecoming parade. He and his wife, Mary, also received the Spirit of 1912 Award during Homecoming 2019. 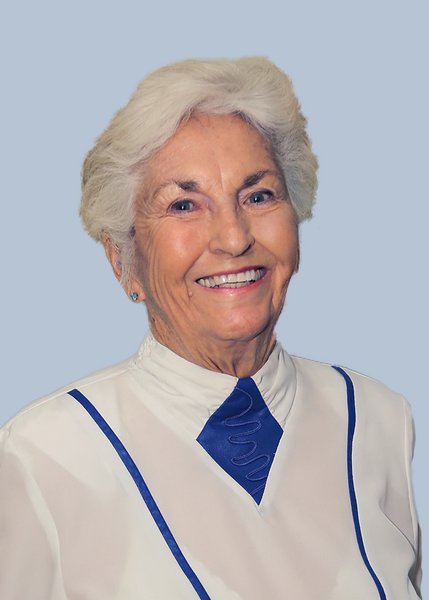 Stroup, a three-time KU graduate, met Fred Ellsworth when he visited Great Bend, her hometown, to award her a scholarship to KU. After earning her bachelor’s degree in speech and drama in 1959, she remained on the Hill for graduate school, completing her master’s degree in education in 1964 and her doctorate in communication studies in 1974. She became a standard-bearer among women in higher education, going on to lead two universities as president and later the Missouri Commission of Higher Education. She also founded the National Nonprofit Leadership Alliance. which prepares and certifies undergraduate and graduate students to guide nonprofit organizations.

When Stroup and her late husband, Joe, returned to Lawrence in 2010, she also returned to the classroom as a University Honors Program lecturer, creating courses on nonprofit and philanthropic leadership and advising scores of students. She received Mortar Board’s Outstanding Faculty Award and the program’s Adviser Award.

From her own student years, Stroup credits honors program leader Professor Francis Heller and the incomparable Emily Taylor, dean of women, as pivotal influences. Stroup worked with Taylor as assistant dean of women, succeeding her as dean in 1975. Stroup also was selected as an American Council of Education Fellow to assist Dykes and the Board of Regents.

“Kala is an extremely talented woman. She was not only a leader at KU, but she was a leader for women’s causes everywhere,” Dykes said. “Just think of all the lives she affected. ... She is no shrinking violet. She has strong opinions and values, and she has lived by them.”

As a longtime KU volunteer, she served on the Alumni Association’s national board of directors from 1985 to 1990. For KU Endowment, she helped found and chaired Women Philanthropists for KU, and she is a member of the Chancellors Club and Jayhawk Faithful.

She also guided the Emily Taylor Women’s Resource Center (now the Center for Women & Gender Equity) as chair and led fundraising to establish a permanent KU Women’s Hall of Fame display in the Kansas Union. She has contributed to KU Libraries and chaired the advisory board.

Stroup in 2005 received the Distinguished Service Citation, then the highest award given by KU and the Alumni Association. She holds honorary doctorates from five universities and was named a Distinguished Alumna of the KU School of Education & Human Sciences. She is a member of the KU Women’s Hall of Fame.

Since 1975, 164 KU alumni and friends have received the Fred Ellsworth Medallion.