LAWRENCE — Three faculty members from the University of Kansas Department of Sociology have been chosen to hold named professorships. Each will be recognized for outstanding contributions to the department, university and profession. 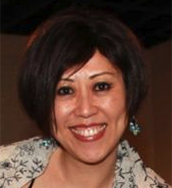 Associate Professor Kelly Chong is being honored with the 2018-19 Paul Gibbons Roofe and Helen Waddle Roofe Professorship in Sociology, and she will receive a one-time $10,000 research stipend.

Chong specializes in the areas of race and ethnicity, gender, East Asian studies, Asian-American studies and religion. Her first book was “Deliverance and Submission: Evangelical Women and the Negotiation of Patriarchy in South Korea” (Harvard University Press, 2008). A forthcoming book (Routledge, 2019) focuses on the politics of intermarriage among U.S.-born Asian-Americans. Her other publications have appeared in Gender and Society, Sociology of Religion, Sociological Perspectives, Journal of Scientific Study of Religion, Journal of Women’s History, Qualitative Sociology, Journal of Asian American Studies and a number of collected volumes. 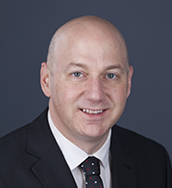 Associate Professor Brian Donovan is also being honored with the 2018-19 Paul Gibbons Roofe and Helen Waddle Roofe Professorship in Sociology. Donovan will hold the title for the 2018-19 academic year and receive a one-time research stipend of $10,000.

Donovan studies the role of law and culture in shaping social inequality. His book “White Slave Crusades: Race, Gender and Anti-Vice Activism, 1887-1917” (University of Illinois Press, 2006) analyzes gender and racial politics in the early 20th century, while “Respectability on Trial: Sex Crimes in New York City, 1900-1919” (SUNY Press, 2016) explores conflicting notions of gender and respectability in the Progressive Era. A forthcoming book, “American Gold Digger: Money, Marriage, and Law from the Ziegfeld Follies to Anna Nicole Smith” (University of North Carolina Press, 2019) traces the history of the “gold digger” from 1910s chorus girl slang to a powerful stereotype that shaped understandings of gender, matrimony and law.

Donovan received his bachelor's degree from the University of California-Berkeley with highest honors in 1994 and his doctorate in sociology from Northwestern University in 2001. He joined KU’s sociology department in 2001.

Both Roofe Professorships are supported through KU Endowment by a gift from the estate of Paul Gibbons Roofe, a former professor of anatomy at the KU School of Medicine who died in 1988, and his wife, Helen Waddell Roofe, who died in 1984. The aim of the Roofe Professorships are “to enhance opportunities for the individual faculty scholarship and to confer the benefits of enhanced productivity on the department.” 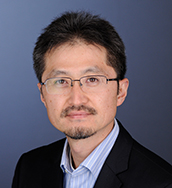 Professor ChangHwan Kim is the 2018-19 E. Jackson Baur Professor of Sociology. Kim will hold the title for one year and will receive a one-time $10,000 stipend to support his research.

Kim teaches and conducts research in the areas of stratification, work and organizations, race and ethnicity, Asian-American studies, Korea studies and quantitative methodology. His work has appeared in the top journals in the field, including the American Sociological Review, Social Forces, Annual Review of Sociology, Sociology of Education, Sociological Methods & Research and Demography.

Kim joined the KU faculty in 2008 and was promoted this past year to professor. He currently serves as director of graduate studies. Kim received his doctorate in sociology from the University of Texas at Austin and was a postdoctoral associate at the Minnesota Population Center at University of Minnesota, Twin Cities.

The E. Jackson Baur Professorship of Sociology is awarded annually to a full professor in the sociology department who has demonstrated a commitment to KU and to excellence in teaching and research. Support for the professorship came from the estate of former KU sociology professor E. Jackson "Jack" Baur and his wife, Lillian Jacoby Baur, through KU Endowment. Jack Baur joined the sociology faculty of KU in 1947, reaching the rank of full professor in 1959. He retired in 1987 and died in 2001, at the age of 87.

"I am very pleased that we can honor these three outstanding professors for their contributions to our department and the discipline and to support their excellent research program," said Bill Staples, professor and chair of the Department of Sociology. "The recognition is well-deserved."

"I congratulate each of these professors on these honors. I am also grateful for the generosity of donors who made these awards possible, year after year," said Clarence Lang, interim dean of the College of Liberal Arts & Sciences.

Funds for these professorships are managed by KU Endowment, the independent, nonprofit organization serving as the official fundraising and fund-management organization for KU. Founded in 1891, KU Endowment was the first foundation of its kind at a U.S. public university.