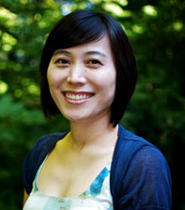 LAWRENCE — As one nation after another rose up against its government during last year’s Arab Spring, there were plenty of media accounts of the revolutionaries using social media and the Internet. However, there was not analysis of how Internet availability and connectivity has evolved in the part of the world that was the epicenter of revolution in 2011.

Hyunjin Seo, assistant professor of journalism at the University of Kansas, has authored a study examining how countries in the Middle East and North Africa have seen their Internet availability change from 2002 to 2010. Co-authored by Stuart J. Thorson of Syracuse University, it will be published in the Journal of Communication.

“I’ve always been interested in how countries are connected,” Seo said. “In this digital age, I think it is important to understand the patterns of communication between countries.”

Studies have been done to quantify Internet traffic between countries, and others simply assumed connectivity has increased. Seo and Thorson conducted a network analysis of Internet infrastructure for further study.

The authors analyzed data from TeleGeography, an organization that tracks global Internet usage. They focused on the Middle East and North Africa as countries in the region, including Tunisia, Egypt, Bahrain and others with prominent civil uprisings last year. Seo is careful to point out that Internet and social media cannot be credited, or blamed, for the uprisings, but they did find some interesting patterns.

In almost all countries in the region, availability and bandwidth increased in the time frame studied. However, the quality of their connections was just as important as the quantity. Countries such as the United Arab Emirates, Saudi Arabia and Qatar all saw their connections grow with traditional Internet giants such as the United States and United Kingdom, but also among each other. Those connections are important, Seo said, as they allowed people to share tactics between Egypt and Bahrain, for example.

Seo likens the quality and number of connections, known as eigenvector centrality, to two people who use Facebook. If two users each had 100 friends, but the second person’s friends had an average of 200 friends to the first person’s average of 100, the second person is considered more important in the Facebook network. Ultimately, it will be easier for the second to continue to gain more friends through the connections he or she has established. Likewise, countries that had wide and important connections in 2002 continued to remain important actors in the global Internet network compared with those that did not in the time period studied.

As connectivity and bandwidth in countries grew, so did use of social media sites such as Twitter, Facebook and others. Seo also points out there is no direct correlation between connectivity and success or failure of a revolution. After all, citizens are not the only ones to use the Internet; dictators, state media and others used it for their own purposes as well.

“We can’t say Internet is what made the uprisings possible, but it is important we understand the interplay of both connection and uprisings instead of just focusing on one or the other,” Seo said.

The authors hope to expand their research to look at behavior and political activity as it relates to social media usage as well as social media contexts in relation to advertising.