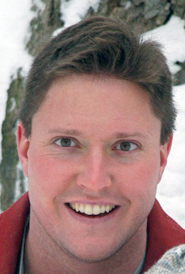 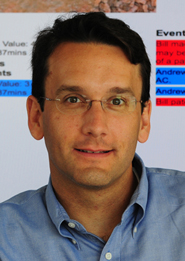 LAWRENCE — Results of a new study by researchers from the University of Kansas and University of California-Irvine suggest that, contrary to popular belief, greater amounts of innovation, productivity and social wealth may occur when infringers are simply required to pay damages for illegally using an invention rather than prohibited altogether from using it.

The study reinforces the findings of an earlier paper by the researchers — professor Andrew Torrance of KU’s School of Law and informatics professor Bill Tomlinson of UCI’s Donald Bren School of Information and Computer Sciences — offering experimental evidence that the greatest amounts of innovation may result when inventors receive no protection at all from the legal system.

Using the Patent Game, an interactive computer-based model that attempts to simulate patent systems, Torrance and Tomlinson conducted a series of controlled experiments to evaluate the merits of property rules (which expressly prohibit infringers from using the patent owner’s invention) and liability rules (which require infringers to pay damages without being prohibited from using the invention).

“Conventional wisdom says people will invent less if property rights are not strongly enforced,” said Torrance. “However, we found that the threat of prohibition actually dampened innovation.”

The pair’s latest study, just published in the spring issue of the Yale Journal of Law and Technology, expands on earlier collaborations related to the scientific study of the U.S. patent system. In 2009, they published a paper challenging the traditional view that patents foster innovation — suggesting instead that patents may harm new technology, economic activity and societal wealth.

The new study focuses on the effectiveness of the two kinds of remedies usually available in patent infringement litigation — injunctions vs. monetary damages — and is the first experimental test in the intellectual property realm of a seminal theory of law, outlined in the 1972 paper "One View of the Cathedral," which suggests that liability rules (damages) and property rules (injunctions) may lead to different outcomes in the law.

“Complex human institutions, such as our legal system, are traditionally very hard to assess in a scientifically rigorous way,” said Tomlinson, who credits two of his undergraduate students with writing much of the code for the Patent Game. “By using an interactive simulation to create a model of the way human systems function, we are able to offer a new perspective on one of the fundamental theories of law — that amounts of innovation vary across patent systems emphasizing different kinds and different levels of protection for the inventor.”

As part of the study, a group of first-year law students who assumed the roles of inventors and patent owners in the game were offered various remedies for infringement — permanent injunctive relief (property), monetary damages (liability), both or neither. Based on the players’ behavior, the system found that amounts of innovation, productivity and social utility were:
• lowest in patent systems where remedies for infringement included both injunction and damages,
• higher in a system that enforced injunction only,
• higher still in a system that enforced damages only, and
• highest where no protection from infringers was available.

Torrance and Tomlinson's latest paper, “Property Rules, Liability Rules, and Patents: One Experimental View of the Cathedral,” is available for free download here.

Search options »
Subscribe to KU Today
“The start of classes and the return of students to campus are a great time for us to reaffirm how essential these… https://t.co/4PkdXPRWxA
«»
Follow us on Twitter »
Why KU
Apply »
One of 34 U.S. public institutions in the prestigious Association of American Universities
44 nationally ranked graduate programs.
—U.S. News & World Report
Top 50 nationwide for size of library collection.
—ALA
5th nationwide for service to veterans —"Best for Vets: Colleges," Military Times