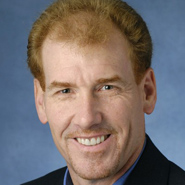 LAWRENCE — Layoffs, reduced budgets and changing job roles in the past several years have changed the face of journalism. A University of Kansas professor has published a study examining how those who have survived multiple rounds of layoffs view themselves, their work and whether they intend to continue working in the field.

Scott Reinardy, associate professor of journalism, published his study exploring the self-affirmation of “layoff survivors,” or those who have made it through numerous rounds of media layoffs, in the Newspaper Research Journal.

“I was looking at how journalists who are left in newsrooms view themselves,” Reinardy said of the study. “Journalism is sometimes viewed not as a profession, but as a ‘calling,’ similar to that of the priesthood or the medical field.”

Reinardy conducted a survey of more than 2,100 working journalists to determine how they view themselves, how they view their work and whether they plan to continue working as journalists. He asked journalists questions about job security, organizational commitment, overall job satisfaction, coping strategies and job quality.

In terms of job security, respondents were asked whether they thought their job was secure, or whether they felt they might be laid off as well. Employees are often worried when layoffs are happening, especially if the method by which they are carried out is not clear to employees. Many of the respondents said some of their colleagues who were laid off consistently received good job reviews.

“That really chips away at your self-esteem,” Reinardy said of uncertain job security.

Organizational commitment was measured by asking respondents whether they felt their newspaper was committed to providing necessary resources and support to do their jobs well. Low job support correlated with poor perceptions of the news product as well.

“Those folks saw the organization wasn’t committed to them. They weren’t getting the job support they wanted and had lower perceptions of the quality of their work,” Reinardy said.

Not surprisingly, those who indicated they intended to leave journalism had lower levels of job satisfaction. Respondents age 30 and younger showed higher levels of dissatisfaction, burnout and cynicism as well as lower levels of professional efficacy. Those 46 and older had the highest level of professional efficacy and generally higher satisfaction rates. Those with low levels of job satisfaction indicated they were not happy with decisions their publication was making. They also felt new and additional job duties in the wake of layoffs made their jobs more difficult, less meaningful and of a lower quality.

Reinardy found two overarching methods of coping: employees who view the changing face of journalism as an opportunity and are assertive in defining their new role; and others who “slide under the radar,” do what is assigned to them and try not to rock the boat. Workers who were aggressively coping with the change showed higher levels of job satisfaction, even in the wake of layoffs.

Changing duties, increased workloads and other results of layoffs have real effects on not only how journalists view themselves and the profession, but on the very field of journalism. Not only are many good journalists losing jobs, those remaining may become more and more likely to leave voluntarily.

“Understanding the perspective of remaining journalists can assist in developing managerial strategies to bolster self-affirmation among newsroom employees,” Reinardy wrote. “Addressing these issues becomes salient when layoff fears rise, job satisfaction dwindles, and the quality and quantity of work diminishes. When these situations occur, newspapers won’t need to initiate further layoffs; good journalists will choose to leave on their own.”

Search options »
Subscribe to KU Today
The notion of "cultural landscape" has facilitated the recognition of Asia-Pacific historic environments as worthy… https://t.co/LpoT4AShOA
«»
Follow us on Twitter »
Why KU
Apply »
One of 34 U.S. public institutions in the prestigious Association of American Universities
44 nationally ranked graduate programs.
—U.S. News & World Report
Top 50 nationwide for size of library collection.
—ALA
5th nationwide for service to veterans —"Best for Vets: Colleges," Military Times