LAWRENCE — The capacity for optimism is often thought to be a defining characteristic of the human species. As a result, the potential benefits of optimism have been a popular research topic in psychology, and there is now extensive research demonstrating that optimism is adaptive — i.e., it provides benefits — including improved well-being and physical health. 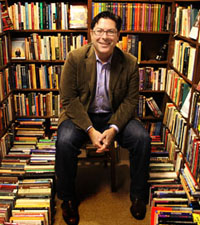 But most optimism research has taken place in industrialized nations, which leaves unanswered some big questions: Is optimism universal, or does it only exist in wealthy nations? Moreover, if optimism exists worldwide, is its link to improved well-being and physical health also universal?

According to University of Kansas researcher Shane Lopez, the answer to both questions is yes.

In a recent global study, Lopez finds that most individuals and most countries worldwide are optimistic. Additionally, the link between optimism and improved health and well-being is also universal. In other words: Optimism is universal, and so are the benefits.

“About 89 percent of people on the planet believe that their future will be as good or better than their present lives,” said Lopez, a professor of the practice in the KU School of Business. “A majority of people in every country surveyed, except for one, believe the glass is half-full. Additionally, the link between optimism and improved well-being and physical health that’s been observed in wealthier nations also exists in poorer nations.”

Lopez describes his research in an article titled “Optimism Is Universal: Exploring the Presence and Benefits of Optimism in a Representative Sample of the World.” The article appears in the latest edition of the Journal of Personality.

In his study, Lopez – along with colleagues Matt Gallagher from Boston University and Sarah Pressman from the University of California, Irvine – examines Gallup World Poll data from more than 150,000 individuals spanning 142 countries, representative of 95 percent of the world’s population. The survey includes questions on individuals’ expectations for the future, current evaluations of life satisfaction and whether they’d recently experienced various positive or negative emotions. Other questions were designed to measure respondents' perceived physical health. The relationships among optimism, subjective well-being and perceived health were then examined using hierarchical linear modeling.

“Up until now, it was reasonable to wonder if optimism was just a luxury that exists in wealthy, industrialized nations,” Lopez said. “But our results show this isn’t the case. Optimism exists in virtually every country we surveyed, as does the link between optimism and improved health and well-being.”

Interestingly, Lopez’ study shows that various individual-level demographics have little to no effect on optimism – a finding that may seem counterintuitive to some observers. For example, Lopez examines the individual-level demographics of age, gender, education and household income and finds their collective impact on optimism to be quite small.

“Individual-level demographics matter a little bit, but not much,” he said. “Collectively, the variables we examine account for only 11 percent of the variance in optimism.”

“It seems logical that a nation’s per-capita GDP and life expectancy would be linked to the population’s optimism, but we find this isn’t the case,” he said. “Perhaps cultural variables could explain the variance, but we just don’t know right now.”

Lopez’ results could have practical implications for policymakers, including elected officials and public health practitioners. For example, policymakers looking for a path to city well-being or gross national happiness may want to look for ways to foster optimism.

“The question of whether optimism is a beneficial human trait or a dangerous delusion has been debated for years,” Lopez said. “Our study strongly indicates the former – that optimism is a universal and adaptive human characteristic that is linked to improved well-being and perceived health.”

RT @UnivOfKansas : We highly encourage students to schedule their free COVID vaccine at KU. The first 4,000 students who get their vaccine t…
«»
Follow us on Twitter »
Why KU
Apply »
One of 34 U.S. public institutions in the prestigious Association of American Universities
44 nationally ranked graduate programs.
—U.S. News & World Report
Top 50 nationwide for size of library collection.
—ALA
5th nationwide for service to veterans —"Best for Vets: Colleges," Military Times