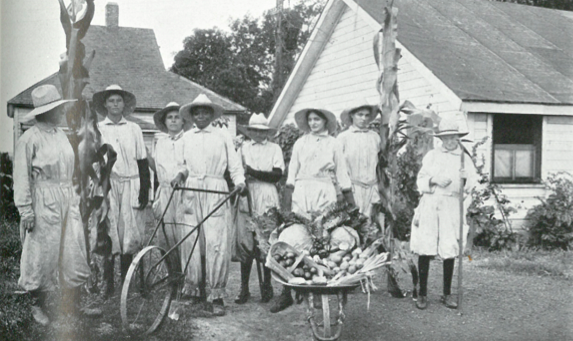 LAWRENCE — As the World War I military draft brought to the forefront the high rate of venereal disease among the civilian population, states began to enact measures to quarantine people and begin forms of treatment to try to control syphilis, gonorrhea and other potential outbreaks.

However, a University of Kansas researcher has documented examples of how this process continued well into peacetime and how these laws were generally enforced along lines of gender and class, especially punishing poor women.

Nicole Perry, a University of Kansas graduate student in sociology, studied Chapter 205, the state of Kansas quarantine law that took effect in 1917 and led to approximately 5,000 women being imprisoned at the Women's Industrial Farm in Lansing between 1917 and 1942.

"The Women's Industrial Farm was an interesting institution," she said. "It was officially a prison, yet about 75 percent of the women there were under a quarantine charge. There were inmates there for murder alongside women who were there for medical treatment."

Perry, who is also an assistant director with KU's Center for Undergraduate Research, examined approximately 500 inmate interviews for women detained under Chapter 205 from 1923 to 1933, seeking to understand ways in which the law was enforced. She presented her findings in the paper "Social Control and Social Inequalities in the Implementation of Venereal Disease Laws in Kansas, 1923-1933" on Aug. 24 at the American Sociological Association Annual Meeting in Chicago. The interview transcripts are held at the Kansas State Historical Society in Topeka.

Perry said that historians have documented the increased state intervention into sexuality during World War I, but it is not as well-known that some of these policies continued into peacetime. While other states used charges like vagrancy to intervene in the sexual lives of young women, the state quarantine charge became that legal mechanism in Kansas. Chapter 205 was almost exclusively applied to women, who spent an average of four months at the Farm.

"Chapter 205 is a clear example of the social control of sexuality," Perry said. "Once you start looking at the different paths that women took to get to the institution, though, a more nuanced story emerges that highlights how social inequalities informed the implementation of the law."

One of these paths was through state officials arresting women: officials would routinely test women arrested for another offense for venereal disease and quarantine them under Chapter 205. Another path to the Women's Industrial Farm was through family members and acquaintances turning in venereal disease suspects to local health officers. It is in these cases that Perry sees gender inequalities surfacing.

"Quite a few of the women reported, 'I got a disease from my husband. We got into an argument, and he turned me into the police. He got off scot-free,'" Perry said. "In practice, Chapter 205 very directly supported the sexual double standard."

Another path to the Women's Industrial Farm involved women who volunteered to go in order to get access to health care services. In this era before penicillin, treatment for syphilis and gonorrhea was lengthy, minimally effective and expensive; studies from the time estimated that the yearlong treatment recommended for syphilis would have been out of the price range of about 80 percent of the U.S. population.

"The prevalence of women who volunteered to go to the Farm, a full 20 percent of the sample, was surprising to me," Perry said. "Social class informed this trend. If you were well-off, you could afford to get discreet care from a private doctor. If you were poor, you had to commit yourself to a prison in order to access care."

This type of study is key in demonstrating ways in which social hierarchies informed and were reproduced as part of a public health initiative. Perry said the importance of the study also lies in the stark contrast between the state documents describing the women and how the inmates described themselves.

"When you read the official state documents about Chapter 205, they talk about these women as prostitutes who are in dire need of moral training," she said. "The women themselves report that they only had sex within marriage, that they were the victims of rape, etc. It's a very different story."

To Perry, this study highlights the importance of listening to the accounts of people who are most affected by policies. She pointed to parallels with the mass incarceration of African-Americans or the group's relationship with the police, which has gained national attention in the past year with the deaths of Michael Brown, Eric Garner and others.

"The importance of listening to those affected by policies is something that activists are emphasizing today," she said. "Social media is a game changer in terms of being able to hear these voices, but things like race and class still influence whose version of the story gets heard."