LAWRENCE — By their very nature, zines were almost meant to be enjoyed briefly, then fade away. The University of Kansas Libraries is now home to a substantial collection of fan-made, self-published magazines — better known simply as zines — that provide a window into politics, fandom, music, community, history and the idea of “do it yourself” communications both before and after the Internet became a dominant vehicle for communication and expression. 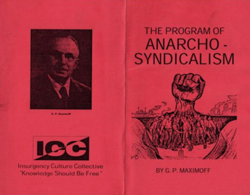 The former solidarity collection holds homemade publications on topics from “killing the fur industry” to the Occupy movement, World Trade Organization protests, socialism, anarchy and a wide range of often radical political ideas. But there are also a number dedicated to the arts, music, literature and culture. Some have relatively well-known names such as Maximum Rock and Roll or Fact Sheet Five, while others are decidedly less well-known, including Farmer’s personal favorite “13 Ways of Looking at Bill Murray.”

Farmer has studied and written about zines, their history, outsider writing and even worked with students to produce their own zines.

“They are somewhat ephemeral by nature,” Farmer said of zines. “And they are certainly a form of outsider writing. They often go unnoticed by mainstream culture. A lot of them are what you could call ‘publications of high weirdness.’” 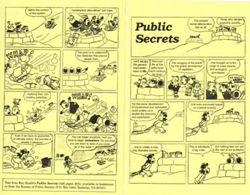 Originating in the 1930s and often devoted to science fiction and fandom, the self-made publications continued to grow in numbers, prevalence and sometimes even popularity throughout the ensuing decades of the 1940s, ‘50s, ‘60s, ‘70s and ‘80s.

“Probably the watershed moment for zines as we know them was the emergence of punk rock,” Farmer said. “Most of them have their roots in certain musical genres, including jazz, rock and roll and punk. They became increasingly political over the years. As punk faded, a certain type of zine faded as well. But even though punk and zines both had their heydays, neither has completely disappeared.”

The arrival of the Internet in the ‘90s certainly changed things but did not kill zines. While blogs and online forms of communication are nearly ubiquitous now, there are still a number of zines being produced. However, those from the past — including zines that existed only for a single issue — were rarely archived the way online writing is. Housing them in the Wilcox Collection, where the hope is that they will all eventually be digitized, will help preserve them for future generations. Plus, zines simply weren’t built to last. 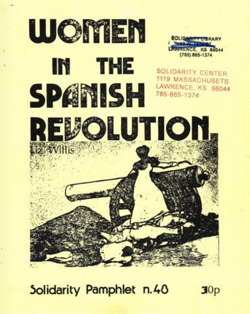 “Zines were usually printed on poor-quality paper with poor quality inks and not in quantity. Their production was a low-budget operation,” said Becky Schulte, university archivist and curator of the Wilcox Collection. “In order to preserve them so that they are available in the future, special care has to be taken with the zine as a physical object. They would not last long in a circulating library collection, so placing them in a special collection is optimal. We’re hoping to continue to add to the collection and to catch zines as they continue to evolve.”

Preservation is ideal as it gives scholars, students and anyone interested in history of underground movements or the topics the zines cover a window into writing of the past that could have easily disappeared. Plus, they are unique simply in the way they are produced. Zines have an ethos of DIY and resistance of consumerism, with a rag-tag aesthetic in which a creator's personality, politics and ideas all shine through. They were designed with a specific community in mind, and the knowledge that often the only people who would see them were fans of a certain band or individuals of a unique political persuasion was manifested in very personal publications. They were created from things others discarded or ignored.

While digitization and digital publication is prevalent now, Farmer said the Internet is not a villain or foil that spelled the end for zines. In fact, the form is still alive.

“They are alive and kicking,” Farmer said. “Right now there are very famous zine fests in places such as Chicago, New York, Los Angeles and Kansas City, where a lot of people who are self publishing get together to discuss their work.”

The former Solidarity collection was started in the ‘80s, but has zines dating back to the ‘70s. A portion of the collection has been digitized and is available here. Whether one is a scholar, student or simply interested in local politics, history, culture, identity issues or how issues were argued in a “street level democracy,” what was often a brief-lived form of communication will live on.

“I’ve always been drawn to the DIY awareness among 'zinesters' that what you’re doing here is of your own making and that it’s outside of the accepted mainstream,” Farmer said. “Zines allow the rest of us to see discourse in a different way, and they remind us that there’s tremendous creativity among writers who do not often get much recognition, but who have the power to sustain alternate communities with their words.”