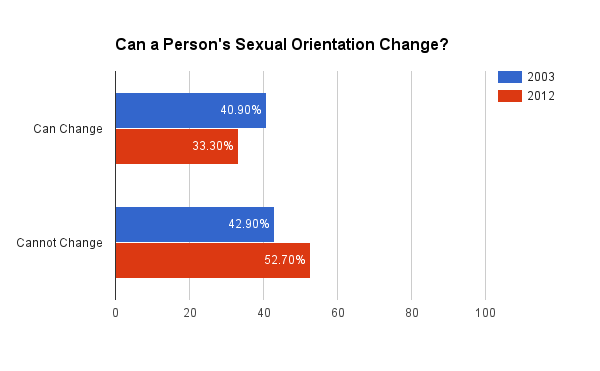 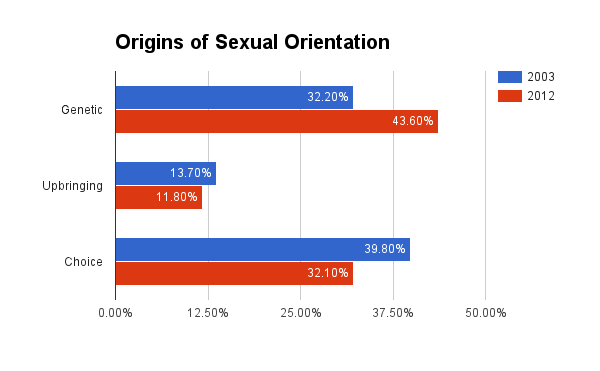 LAWRENCE — The public's understanding of genetics, particularly as a cause of sexual orientation, can influence the level of stereotypical behavior, according to a new study by two University of Kansas researchers.

Mark Joslyn and Don Haider-Markel, professors in the KU Department of Political Science, found that genetic attributions strongly shape perceptions of whether a person's sexual orientation could change and likely made same-sex marriage and other policies more widely acceptable in the past decade.

"If people believe being gay or lesbian is a result of genetics, not choice or social circumstance, then they also tend to believe that homosexuality cannot be changed," Joslyn said. "This deterministic thinking, we found, makes the behavior of homosexuality less questionable, or morally troubling, in the minds of many respondents."

The study published online this month in the journal Social Science Quarterly is believed to be the first to examine immutability — or the inability to change a behavior — within a large probability sample of the public. The research included a June 2014 national survey of 1,010 American adults on their causal beliefs about the origins of sexual orientation.

"Genetic research is undoubtedly advancing our understanding about what we know about ourselves," Joslyn said. "Yet it is equally clear that genetics play a significant role in shaping how we view each other."

The researchers found most respondents attributing homosexuality to genetics believed the behavior could not be changed, making it independent of underlying environment influences and beyond control of the individual. Once people are primed to consider genetic causality, they are more likely to view the object of perception differently than if they didn't consider a genetic explanation.

"So, blame is not cast upon homosexuals. Rather, attitudes toward the group change, and indeed we find that genetic attributions produce more favorable stereotypic judgments about homosexuals," Joslyn said.

The researchers were also able to examine attitudes over time as they compared the 2014 data with Pew Research Center national survey data from 1993 and 2003. Since 2003, genetics as the reported cause of sexual orientation increased by nearly 12 percentage points, and similarly, an increasing number of respondents believed sexual orientation cannot be changed, the study found.

Several decades ago a majority of the public did not associate genetic attributions with support for gay rights groups, but advances in understanding of biology and changes in the political context produced a focus on genetics as the cause of sexual orientation, Joslyn said.

"These data move together and reflect a growing acceptance of homosexuality generally and gay marriage specifically," he said. "This cause diminished blame on the individual and indeed created a more supportive attitudinal and behavioral context for gay and lesbians. The genetic attribution was thus a key factor in challenging the status quo and helped produce the tremendous changes we see today regarding gay rights."

As the public gains a better understanding of biology and the role of genetics in causing a variety of behaviors, it could be crucial to generating support or opposition to various groups as they seek to shape debate surrounding certain policies, Joslyn said.

Photo: A crowd gathers outside as the Supreme Court of the United States decides on whether to end marriage discrimination. Photo by Tedeytan, via WikiCommons.