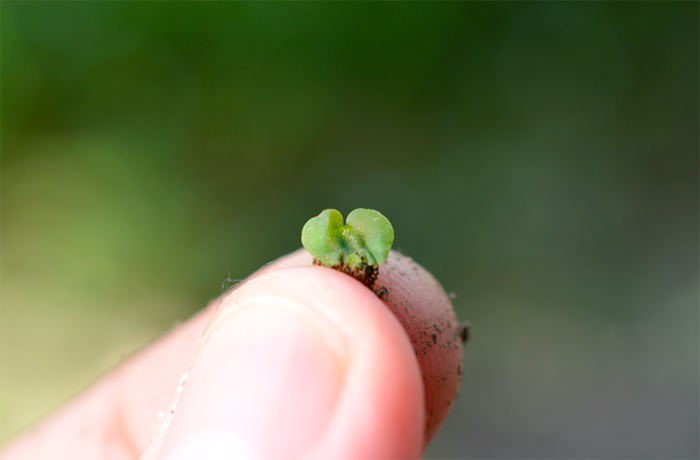 LAWRENCE — Nearly all biology textbooks are wrong, according to a new paper co-authored by University of Kansas researcher Christopher Haufler.

He and his colleagues are calling on publishers to revise them. 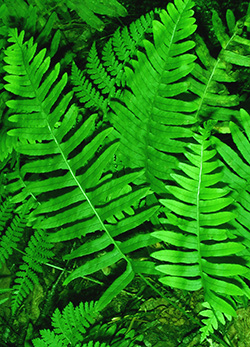 In the current issue of the journal Bioscience, the professor of ecology & evolutionary biology laments a confusing misunderstanding in major biology textbooks’ presentation of ferns, an intriguing group of plants that have successfully inhabited Earth for around 300 million years — longer than any flowering plant or pine tree.

“The breeding system of ferns has been inaccurately presented in most biology textbooks at all levels of education,” said Haufler, who investigates the systematics, evolution, biogeography and population genetics of ferns.

“It means ferns are able to generate 100 percent inbred and homozygous individuals in a single generation,” Haufler said. “Everybody has been hung up on the idea that ferns reproduce themselves, that they use genetically identical eggs and sperm to produce a new individual. That capacity has superseded logic in thinking through how they might actually reproduce in nature.”

Indeed, fieldwork and molecular studies conducted in the 1980s showed ferns’ self-replicating ability is best viewed as a “backup system.” The research found the vast majority of fern reproduction consists of outbreeding between genetically distinct parents to yield genetic variation, in much the same way as other plants.

“In the 1980s, it became possible for the first time to survey natural populations and their genetic variability,” Haufler said. “We found natural populations were genetically variable, just like other natural populations. That turned perception of fern reproduction on its head. The earlier assumption of how ferns reproduce was inaccurate. Although many species have the capacity to reproduce without outbreeding, it’s something they don’t regularly exercise.”

Because ferns are the second-most diverse groups of vascular plants — with about 12,000 separate fern species — the myth of widespread fern inbreeding presented in most textbooks creates a contradiction that flummoxes thoughtful biology students.

“Evolutionary biology 101 says evolution requires variability to work,” Haufler said. “Here you have an entire group, shown to be very diverse with 12,000 species of plants, and so the smart student says, ‘How did ferns generate this much variability unless it was maintained in populations?’ We all know that without the raw genetic material needed for these organisms to adapt they would go extinct."

Haufler’s collaborators on the paper are Kathleen Pryer and Michael Windham of Duke University; Eric Schuettpelz of the Smithsonian Institution; Emily Sessa of the University of Florida; Donald Farrar of Iowa State University; Robbin Moran of the Institute for Systematic Botany; J. Jacob Schneller of the Universität Zürich and James E. Watkins Jr. of Colgate University.

The authors want to change the fact that difficult fieldwork and molecular analysis, some conducted by Haufler himself, hasn’t been widely reflected in textbooks — even though a more complete picture of ferns’ reproductive processes has been understood for three decades.

“Very few people have studied the ecology of natural populations of these plants,” Haufler said. “Those that have showed that natural currents of water can sweep multiple spores into a common habitat where they can all survive together. Such a process brings together numerous, genetically diverse plants by natural forces that are then in close proximity and then can breed. This process would cultivate gametophytes grown from spores that have been wafted into an area and concentrate them. Given that these gamete-forming plants are just millimeters wide, you’re not going to see them without looking very carefully.”

Haufler believes textbooks maintain the myth that ferns reproduce primarily via inbreeding because the idea is both captivating and simple to understand.

“The truth makes things a little more complex,” he said. “Our understanding of biology is continually changing, constantly making advances that overturn previous assumptions — and it just takes awhile for textbooks to catch up. This also adds complexity that a lot of people teaching biology would have to explore. The more complex things are, the more students are confused and it’s difficult to build that into a textbook. However, we’re trying to put forward the idea that this greater complexity in the history of ferns makes much more biological sense. Our discoveries make it much more logical to understand how ferns got so diverse — it’s because they have the same sort of genetic systems that every other plant does.”

Nevertheless, this backup ability of ferns to reproduce through inbreeding could explain why they have survived eons longer than other varieties of plant.

“There are ferns that have exploited this unique way of reproduction very effectively,” Haufler said. “Their microscopic spores can get blown onto a volcanic island that has no organisms on it all. If they can reproduce by one single spore, they can be pioneers in a barren land. It adds an additional capacity to the life history of these organisms and gives them a wider range of options for colonizing open habitats. But once they’ve arrived there and established a single individual, the next spore to come along can generate more genetic variability.”

Rather than emphasizing inbreeding, Haufler said he hopes the publication of this paper will encourage textbook authors to stress the great flexibility of breeding possibilities in ferns, leading to their remarkable evolutionary longevity.

Photos: At top, the “gametophyte” stage of the life history, held by a human hand for scale. At right is the “sporophyte” stage, the one that produces the spores that germinate to produce the gametophytes. The sporophyte is a species that Haufler named, the Polypodium appalachianum. Images provided by Professor Christopher Haufler.

KU in the news
MarketWatch — Thu, 01/26/2023
Millions of working parents, especially women, are unpaid caregivers. Why doesn’t government data account for their labor?
CNN — Wed, 01/25/2023
Fossils reveal the mysterious primate relatives that lived in the ancient Arctic
In 2019, Tera Fazzino and @kulifespan colleagues identified criteria that may qualify food as hyper-palatable. New… https://t.co/N5kGzzzxD7
«»
Follow us on Twitter »
Why KU
Apply »
One of 34 U.S. public institutions in the prestigious Association of American Universities
44 nationally ranked graduate programs.
—U.S. News & World Report
Top 50 nationwide for size of library collection.
—ALA
5th nationwide for service to veterans —"Best for Vets: Colleges," Military Times