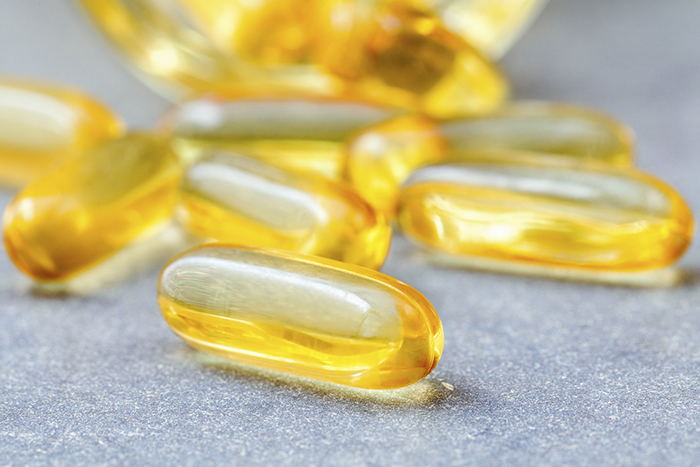 LAWRENCE — Sophisticated analyses of two clinical trials — one in the U.S. and the other in the Australia — suggest that thousands of early preterm births — those at or before 34 weeks’ gestation — could be prevented if pregnant women took daily docosahexaenoic acid (DHA) supplements.

The randomized controlled trials in which pregnant women took daily DHA supplements independently found statistically significant reductions in early preterm birth. The statistical model examined low-, moderate- and high-risk births from mothers supplemented with DHA during pregnancy as compared to placebo controls. The researchers estimated that more than 106,000 high-risk early preterm births could be avoided in the U.S. and about 1,100 could be prevented in Australia each year if pregnant women took daily supplements of the omega fatty acid.

Infants born very preterm often require lifesaving treatments and longer hospitalizations at birth and are at increased risk for additional hospitalizations in the first year of life — and that is in the developed world. Further, these infants are at risk for serious disability or death the earlier they are born, said Susan Carlson, A.J. Rice Professor of Nutrition at the University of Kansas Medical Center, who co-directed the U.S. study with John Colombo, KU professor of psychology and director of the Life Span Institute.

“At present there is no effective method to prevent spontaneous early preterm birth,” Carlson said. “Our recent studies suggest that DHA could be a promising agent for reducing this critical public health problem.”

Both the KUDOS (Kansas DHA Outcome Study), directed by Carlson and Colombo, and the DOMinO (DHA to Optimize Mother Infant Outcome) study directed by Maria Makrides, professor of human nutrition and Healthy Mothers, Babies and Children theme leader for the South Australian Health & Medical Research Institute, and Robert Gibson, professor of functional food science at the University of Adelaide, saw a small overall increase in gestation length, but this increase was found to be related to a decrease in deliveries at higher risk for early preterm birth.

DHA (docosahexaenoic acid) occurs naturally in cell membranes with the highest levels in brain cells, but levels can be increased by diet or supplements. An infant obtains DHA from his or her mother in utero and postnatally from human milk, but the amount received depends upon the mother’s DHA status, Carlson said.

“U.S. women typically consume less DHA than women in most of the developed world,” Carlson said. “The intake of DHA is both the U.S. and Australia is well below that reported by Japanese women.”

By using the results of DOMinO and KUDOS, the researchers in both studies found that early preterm births could be reduced to only 1.3 percent in Australia or 1.5 percent of births in the U.S. in demographically similar populations.

“These percentages are remarkably similar and may reflect the lowest rate of spontaneous early preterm birth that can be achieved in any population,” Carlson said.

The study, Predicting the effect of maternal docosahexaenoic acid (DHA) supplementation to reduce early preterm birth in Australia and the United States using results of within country randomized controlled trials, was published in Prostaglandins, Leukotrienes and Essential Fatty Acids, 112 (2016) 44-69.