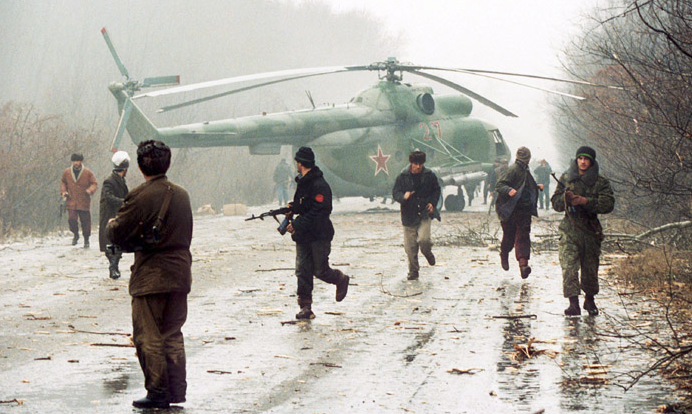 LAWRENCE — Instances of mass killings and government violence spike domestic terrorism and allow terrorist groups to use grievances against government oppression to recruit more members, according to a new study that includes a University of Kansas researcher.

"The political elite members of violent groups can harness this personal vendetta dynamic and recruit members of their group," said Nazli Avdan, assistant professor of political science and first author of the study that examined the number of domestic terrorist incidents nations experienced between 1971 and 2011. "Feelings of retribution basically played into the hands of violent actors and created a backlash against the government."

Avdan co-authored the study with Gary Uzonyi, visiting assistant professor of political science at Duke University. They examined instances of state-perpetrated violence against more than 1,000 victims mostly through civil wars. The data included the 2004 violence in Sudan, the Sri Lankan civil war, the Rwandan genocide and the Bosnian War in the 1990s.

Their study, "V for Vendetta: Government Mass Killing and Domestic Terrorism," was published online recently in the journal Studies in Conflict & Terrorism.

"With civil wars, civilians are viciously caught in the cross-fire with the direct impact of government repression, and the indirect effect is the repression itself can create a backlash of violence," Avdan said. "It's a cycle, and it's worsened when the government itself joins the fray."

She said it is important to identify ways in which state policies influence terrorist activity or even embolden groups that end up carrying out domestic terrorism. In many cases, government leaders target certain political opposition groups with violence, torture, imprisonment or others; these practices represent gross human rights violations. Mass killings constitute an extreme form of human rights violations.

Existing research about these practices, such as torture or extra-judicial detainment, has found that human rights abuses actually increase the amount of terrorism a state faces. Researchers also identify that gross human rights abuse can sometimes stifle terrorism by restricting the ability of groups to mobilize. Avdan said their findings add to this area of research because they found an unqualified positive effect of mass killings on domestic terrorism.

Avdan said that while it was not overly surprising that mass killings have an effect on the amount of domestic terrorism a state experiences in response, the researchers were surprised about the possible longevity of the effects of these mass killings because case evidence suggests that many of the terrorist attacks in response occurred years later.

The research could be valuable for human rights activists, states and international peacemaking coalitions as they seek to prevent or respond to mass killings, genocide and political violence and keep failed states from becoming hotbeds that would allow terrorist groups to form and gain strength, she said.

"In peace-building, post-conflict transitions, the international community should be aware there is an additional element, this simmering resentment, and that existing groups' affiliations and ties likely have a psychological component to them, and ultimately the civilian population ends up ensnared in crosshairs of non-state and state violence," Avdan said.

Photo: A Russian Mi-8 helicopter shot down by Chechen fighters near the Chechen capital, Grozny. Via WikiCommons