LAWRENCE — Cherokee has been one of a number of endangered Native American languages to see a renaissance in recent history. A group of University of Kansas researchers has co-authored a study demonstrating that the ways children learn and speak the language in a Cherokee immersion school are an ongoing process of renewal rather than a return to an idealized notion of “speakerhood.”

Researchers gathered data on students’ Cherokee in oral, listening, reading and writing skills at Tsalagi Dideloquasdi, a Cherokee language immersion school in Tahlequah, Oklahoma, that is a core part of Cherokee Nation’s revitalization efforts. They found the school to be a “quintessential translanguaging space,” in which students’ competencies are formed by the students, teachers, parents and members of the community, as well as the historical fluidity of Cherokee-English bilingualism. In other words, as their language skills develop, the students communicate in an innovative hybrid form of Cherokee rather than adhering to rigid language rules.

“We’ve looked meticulously at how they’re piecing together this complex morphology of the Cherokee language, which is very different from English,” said Lizette Peter, associate professor in the Department of Curriculum and Teaching. “We view these students as language boundary crossers. They don’t see English and Cherokee as two distinct, separate languages. They’re creating linguistic possibilities never before seen in the acquisition of Cherokee.” 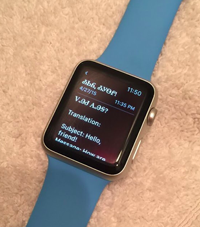 Peter co-authored the study with Tracy Hirata-Edds, lecturer in KU's Applied English Center, and Philip Duncan, doctoral candidate in KU's Department of Linguistics, as well as Durbin Feeling, Wyman Kirk and Ryan Mackey of Cherokee Nation. The study is forthcoming in the Journal of American Indian Education, and they have presented it at the American Association for Applied Linguistics and American Educational Research Association conferences.

Translanguaging, or the practice of a multilingual speaker making meaning by drawing upon their knowledge of two or more languages, has been documented in young people learning languages before but only recently among youth learning an endangered language. One example of translanguaging among the Cherokee immersion students is the adding of an “s” sound to the end of Cherokee words to indicate possession, the way they would if they were speaking English, even though Cherokee possession is marked quite differently. For example, the children often take the pronoun aya, meaning “I,” and create aya’s to get the meaning “mine.” Documenting such occurrences can help provide a snapshot of language development among students and give teachers an idea of what they can expect from Cherokee learners at various points in their development. The KU researchers have also provided professional development for the school’s teachers on strategies to address these instances of language mixing, such as teaching linguistic concepts in both languages as a means to develop their metalinguistic knowledge as bilinguals.

The students primarily speak and read only Cherokee in school but are surrounded by English once they leave at the end of the day. The use of Cherokee language by children has skipped almost two generations after efforts to maintain it were largely abandoned. Many of the students do not even have grandparents who speak the language, but efforts in the last few decades to revitalize the language have spawned a renewed interest in learning the language by Cherokee Nation citizens of all ages. The result has been the proliferation of Cherokee in myriad spaces, including the internet, and a growing community of individuals who use the language in different ways and for different purposes. The immersion students’ language use both shapes and is shaped by the broader Tahlequah community.

“The children are not mirroring what they hear or read, but, in a sense, they are imaging the language use of their environment, which consists of both Cherokee and English,” Duncan said. “Their translanguaging is highly complex, adaptive and inventive.”

“They’re doing with what they have, and that’s the amazing thing,” Hirata-Edds added. “They don’t have adults telling them all the time that ‘this is the way to do it.’ They have a lot of creativity, and they do it very fluidly.”

The hybridization of Cherokee has led to concern from some in the community and school that the future of the language is in jeopardy. The researchers and others argue that languages evolve and that young people will be the new standard bearers of the language, even if it is not the same as it was in prior generations.

“All languages change over time, so we can expect that Cherokee has and will continue to do so as well,” Peter said.

The field of language revitalization is relatively new. Over the last 20 years, focus has gradually shifted from how to establish revitalization programs to how effectively endangered languages are learned in a formal classroom setting. This study and previous research conducted by Peter and Hirata-Edds are among the first to look at how child learners’ knowledge of an endangered language develops.

A deeper understanding of how the language is learned will contribute to more effective ways of teaching, which ultimately will improve the chances of the language’s survival for future generations, according to the study.

Photos: A group of University of Kansas researchers has co-authored a study demonstrating that the ways children learn and speak the language in a Cherokee immersion school are an ongoing process of renewal rather than a return to an idealized notion of “speakerhood.”​ Cherokee watch image courtesy Roy Boney Jr. Cherokee emoticon courtesy Ryan Mackey.