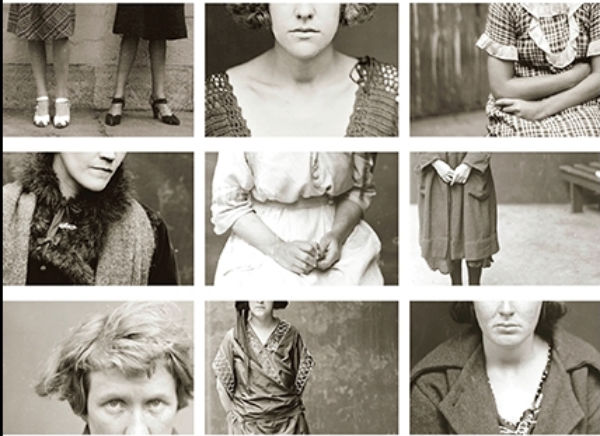 LAWRENCE — Most popular audiences today recognize the 1960s Sexual Revolution, but historians consider the early 1900s as the first American sexual revolution that created the groundwork for future social change.

Especially in New York City, Americans challenged the more conservative notions of the Victorian era with new ideas about romance, companionship and marriage. New technology like automobiles and venues such as dance halls offered chances for younger adults to interact freely from more formal courtship. For example, this led to the Flapper generation of the 1920s that included women dressing and acting in ways that flaunted their disdain for what earlier generations held as proper and respectable behavior.

However, Brian Donovan, a University of Kansas cultural and historical sociologist, in his research has uncovered sex crime trial transcripts that reveal a less romanticized view of the era.

"Some historians present this as a sort of great leap forward not only in sexual expression but sexual rights and opportunities and this idea of casting off the shackles of Victorianism into these new freedoms and practices," Donovan said. "What I suggest is that perspective is flawed because actually there was a great deal of sexual violence during this first sexual revolution."

Most research on the criminal justice system in this era focuses on well-known people, such as Margaret Sanger, or high-profile murder trials, but these cases received much less attention.

"These trial transcripts were a way to capture not only what was going on in the courtroom but in the lived experiences of primarily immigrants and working-class people in New York at the time," he said.

His research reveals how police and other agents of social control often enforced sex-crime laws in ways that hurt the working class, women and racial and ethnic minorities. Efforts against prostitution targeted immigrants, and laws designed to protect women from sexual violence had uneven consequences while enforcement of sodomy laws often criminalized emergent sexual subcultures.

"It was an uneven revolution in the sense that men were at an advantage compared to women, and the native-born and upper classes compared to working classes and immigrant groups had an advantage," Donovan said. "So it exacerbated some of the inequalities that existed during this time instead of alleviated them."

For example, he found a shocking number of trials where witnesses testified about women falling unconscious during an act of rape. Defense attorneys would often use that as a way to cast doubt on a woman's memory and credibility.

Unlike trial proceedings today, jurors could ask questions in open court. Donovan found the questions indicate many jurors had certain expectations of victims and witnesses based on gender. For example, in compulsory prostitution trials, jurors often wanted to hear stories of women physically kidnapped and put into positions to be prostitutes.

"They were led to prostitution not necessarily through physical force, although that happened," Donovan said. "But their economic situation made them more prone to engage in sex work. A big theme is that gender ideology saturates the strategies in the courtroom and the decision-making of the jurors."

Examining how gender and cultural expectations influenced the criminal justice system during an era often historically viewed as a sexual revolution adds a scholarly contribution to how historians and sociologists consider the way the legal system works, he said.

It also provides a perspective on how the U.S. system handles sex crimes today. Donovan said over 100 years the system has addressed some issues, such as the development of rape shield laws to prevent information about the victim's past not germane to the case being dragged into a trial. The "resistance test" where women are required to fiercely resist an attacker for a rape to be successfully prosecuted is no longer in play, he said.

However, some of the same issues still remain, and some studies have found the gap between the incidents of sexual assault and prosecution of such cases is wider than any other violent crime.

"I think a lot of the gendered thinking about 'good' victims and proper womanhood are still shaping the way the criminal justice system treats sexual assault today," Donovan said. "We can see how far we've come. But we can also see how little has changed."