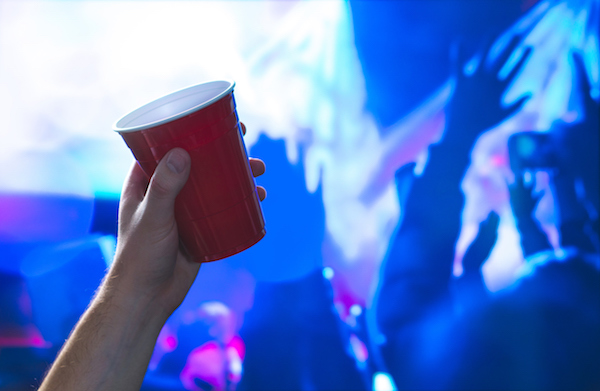 LAWRENCE — The prospect of feeling embarrassment and shame in front of one's peers — especially among women — rather than the threat of facing potential formal punishment appears to be the most effective deterrent to problem drinking at universities, according to a study led by a University of Kansas researcher.

The findings could have implications for universities implementing policies and fostering environments to try to curb alcohol use because they examine how students construct their drinking lives on campuses.

"In this case, it seems that peer relationships, especially friendships but also casual or even what we might think of as pre-professional relationships, are more important from the standpoint of moderating drinking behavior than the threat of formal punishment, or even being kicked out of school," said Margaret Kelley, a KU associate professor of American Studies. "The ideas of day-to-day embarrassment or feeling basic social shame were more of a deterrent."

The Journal of Drug Issues recently published Kelley's study that was based on a phone survey with 508 full-time students at a large, southwestern U.S. state university. The survey was conducted one year following a newly instituted dry policy on the campus.

Most students surveyed did drink alcohol, and some reported intending to violate the ban in the future. Of the men, only 33.8 percent reported abstaining from drinking alcohol during the time period with 44 percent of women doing so.

Perceived police enforcement of the policy did not concern most students, who reported either believing they likely wouldn't be caught or possibly moving their drinking to a location where they would less likely be discovered.

However, students did report that feelings of guilt or shame, especially from the perception of fellow students, reduced their intention to violate the university's alcohol policy.

"I think it's because people try to make sense of someone else's experience by attributing their problems to personal failings, and if they themselves drink too much, they are likely to self-blame in similar ways," said Kelley, whose research focuses on gender, health and marginalized populations.

Shame did appear to be slightly more important for deterring female students than male students, but overall, students were deterred from risking future policy violations more due to shame and blame than enforcement among police or other official sanctions.

"It's a tricky policy implication in that our responsibility as educators on a college campus should lead us to engage students in ways that empower them to make mature choices rather than ones based on fear or shame," Kelley said. "At the same time, these findings demonstrate a need to understand the importance of the relationships that students have with each other and with key staff and faculty members who work with them directly. The sort of shame that showed up in these results is interpersonal rather than public.

"We should work at having students connected to each other. That is especially hard at large, state universities, with a high percentage of first-generation students who might be from towns smaller than their dorms."

Kelley says the analysis on blame and potential deterrence of drinking is important, especially because drinking statistics among college students have remained at high levels. University administrators and community leaders are actively looking for effective strategies to address the problem.

Putting effort into positive social events might generate the right kind of social environment and networking to encourage the normative processes of accountability that moderates drinking behaviors. The findings also could be important as larger universities turn to online education and other tools of virtual training to curb underage alcohol use and abuse, because research might show those ways don't help foster relationships on campus that might deter problem drinking, she said.

"You don't meet people and have a relationship with them through a computer program," Kelley said. "That's really not tapping into what might be effective, though education is obviously important."

She added that relationship focus might combine with education or targeted education to key students or students in key positions in student networks.