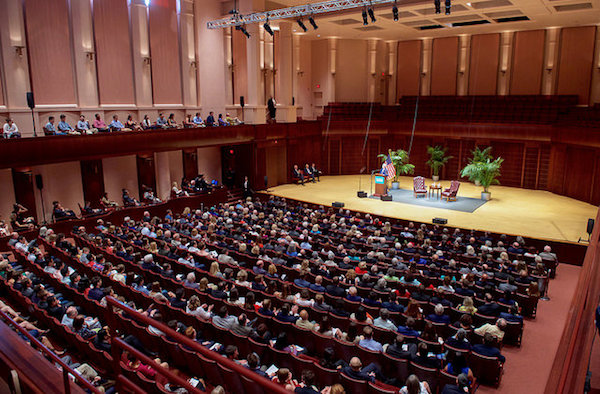 LAWRENCE — Because religion often influences people's opinions on hot-button issues, such as same-sex marriage and abortion, most would expect religious people to be more motivated to engage politically overall.

However, a new study led by a University of Kansas researcher has found that religiosity by itself often serves as a deterrent rather than a mobilizing force for nonviolent political engagement.

"Since religious beliefs, by themselves, do not suffice to motivate individuals to act politically, it is incorrect to infer political behavior from religious beliefs alone," said Mariya Omelicheva, associate professor in the KU Department of Political Science. "Religion interacts with secular structures and pressures to encourage or deter individuals from engaging with the political world."

Omelicheva is lead author of the study published recently in the journal Religion, State & Society with her co-author Ranya Ahmed of the FXB Center for Health and Human Rights of Harvard University and who earned her doctorate from KU in 2017.

The researchers examined data on the influence that various religious factors had on political participation in a large cross-national sample of data that covered 1981 to 2014. The study integrated longitudinal data from the aggregated World Values Survey with country-level data, which included more than 65 percent of the world's population.

Along with the idea that religion can act as a deterrent to political participation, their main finding was that the membership in religious organizations and other voluntary association of a secular nature made individuals more likely to engage in political activity.

"This is all to say that we cannot, for example, blame Islam, as a system of beliefs, for political violence," Omelichieva said. "Our study which focused on nonviolent forms of political engagement, such as voting, demonstrations and signing petitions, found that those individuals identifying themselves as Muslims were less likely to take part in all types of political participation."

The findings contribute to how scholars seek to understand how religion influences modern politics. Until recently researchers often believed that religion would lose its significance in the lives of individuals and whole societies giving way to the influence of science, economic progress, education and democracy, especially with the expectation that science and modern medicine would replace religion’s traditional role of interpreting the world, Omelicheva said. The so-called "will of the people" in a democracy would then displace religion as a source of state legitimacy, she said.

"Contrary to these prognoses, the full separation of religion and state has never occurred even in established democracies. Religions have entered public debate, in this way influencing policymaking and the shape of democratic life," Omelicheva said. "Religion has asserted itself as a powerful social force that has transformed national and global politics."

However, their findings indicate that a network of mobilization is necessary to bridge the gap between religiosity and political action by members of churches, religious groups and other voluntary associations.

Regarding specific religions, the researchers found no distinction in ways various religious denominations affected political behavior, except for Buddhists and Jews. Those individuals self-identifying with Buddhism were more likely to sign a petition, take part in a boycott, or occupy buildings, and self-identified Jews were more likely to take part in a boycott or participate in a strike.

"Our research lends support to the widely accepted argument that churches and religiously affiliated organizations can mobilize citizens for political participations," Omelicheva said. "The jury, however, is still out on the specific mechanisms that turn churches into the platforms for political mobilization."

Photo: U.S. Secretary of State John Kerry, following an introduction by former Secretary of State James A. Baker III, delivers a speech about the intersection of religion and foreign policy on April 26, 2016, during a visit to Rice University’s Baker Institute in Houston. (State Department photo/ Public Domain)​