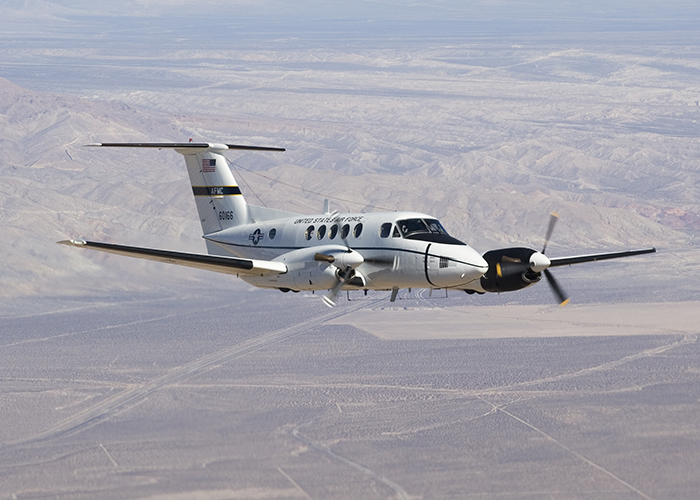 LAWRENCE — In 2015, the National Spectrum Consortium auctioned off portions of the electromagnetic spectrum once used by government agencies to mobile-phone companies.

As a result, entities like the Department of Defense and Test Resource Management Center have searched out new technologies to transmit the vast data streams involved in testing airborne vehicles — data that now must be sent over narrower and less-than-ideal frequencies.

Now, researchers at the University of Kansas School of Engineering have earned a three-year, $1 million grant from the National Spectrum Consortium to develop long-range communications at low signal-to-noise ratios for testing airborne vehicles on government ranges like Edwards Air Force Base in Southern California.

In addition to scholarly papers, their work also will result in a prototype Aeronautical Mobile Telemetry test instrument, one that must be miniaturized and high-powered.

“The things they test on range are quite diverse — you can have small things like an artillery shell or big things like an airplane,” said Erik Perrins, professor of electrical engineering & computer science, who is leading the investigation at KU’s Information and Telecommunication Technology Center. The work will be performed in conjunction with a research team at Brigham Young University in Utah and Intelligent Automation Inc., a private firm based in Rockville, Maryland.

At KU, Perrins and EECS Assistant Professor Taejoon Kim will focus on a technology called “Space Time Coding,” or STC, that was developed to deal with the necessity of having two signals from antennas on the top and bottom of test aircraft.

“When they test an airplane, they might put an antenna on the underbelly, and when the airplane banks sharply the antenna can be shadowed by the fuselage,” Perrins said. “To solve this, they stick an antenna on top and bottom so they have coverage that way. But when you have more than one antenna you create something called a gain pattern —  where, if you imagine standing on top of the airplane and looking around 360 degrees, you’ll have a strong signal in some directions and others where you’ll have a null or a blind spot.”

Perrins compares the shape of the gain pattern to petals of a flower, “so you have a petal, which represents a strong signal, and then you have the space in between the petals, which represents a null or a blind spot, and then another and another, creating a nightmare problem of signal dropouts when an aircraft rotates through these spots.”

Space Time Coding solves this dilemma, according to Perrins.

“Multi-h CPM achieves spectrum efficiency by creating a signal that changes in a slow and graceful manner,” Perrins said. “But that slowness is something called memory — it has very long memory — and that means it’s complicated to demodulate. The marriage of STC with Multi-h means we will have to deal with a lot of mathematical complexity in the demodulators. We have to estimate the strength of the signals coming from each antenna, the relative delay of both signals, and properly combine those two signals.”

The work by the KU team, including two graduate students, will result in a working airborne transmitter to be tested at the Air Force Test Center at Edwards Air Force Base, likely aboard a Beechcraft C-12 aircraft.

“We’re going to go out and demonstrate our prototype,” Perrins said. “It’s actually a tall order for a university. Typically, a university leans toward the ‘R’ side of ‘R&D,’ and developing things is left to industry. At KU and ITTC we have a pretty strong track record of being able to put our ideas into practice — so as a program, we’re positioned well to go after work like this, with experience tackling tough research problems and prototyping.”