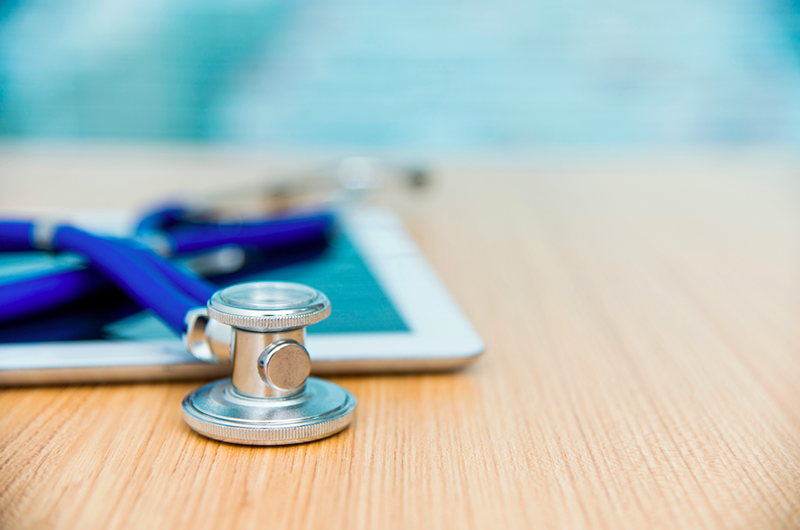 LAWRENCE — As more aspects of everyday life move online, not keeping up with technology and trends might seem old-fashioned. But those who don’t have knowledge or access to online technologies may be left behind in critical areas such as health, even though they want to learn. A team of University of Kansas researchers has undertaken a project to better understand what barriers keep low-income African-American older adults from adopting technology and seeking health information.

Use of the Internet, and social media especially, has grown rapidly in recent years. However, as with most technologies, not all demographics adopt them at the same rate. Despite that, more services are moving online, and online communication has become the preferred method for many. Researchers wanted to better understand the challenges underserved populations face.

“When we talk about the digital divide, it’s not just one factor that determines access,” said Hyunjin Seo, associate professor of journalism at KU and a co-author of the study. “Socioeconomic status, age, ethnicity and other factors can influence that. Studies have also shown that African-American seniors tend to lack access to digital technologies and skills compared with other similar age groups.”

Seo and colleagues conducted focus groups with senior citizens at a community center in one of the lowest-income areas of Kansas City, Missouri. The paper, co-authored by Joseph Erba, assistant professor of journalism; Mugur Geana, associate professor of journalism, and Crystal Lumpkins, assistant professor of family medicine at KU Medical Center, is forthcoming in the Journal of Public Interest Communications. The article also won the first-place faculty paper award by the Minorities and Communication Division for the 2017 conference for the Association for Education in Journalism and Mass Communication.

Focus group participants revealed they wanted to learn more about Internet access, computer use, learning about health care and communicating with doctors and providers online. They were not opposed to technology or resistant to learning new skills. Not all had Internet access in their homes, but several did own devices such as smart phones, tablets or laptops through which they could access the Internet at public libraries, community centers and similar locations.

“Our findings revealed that, at least for this particular group, digital literacy skills represented more of a barrier to adoption than access to digital technology. Most of our participants had some kind of digital devices, whether it was a laptop or a smartphone, and had used or have been using it,” Erba said. “Our study allowed us to identify the particular digital skills they needed to develop in order to become more comfortable with and fully adopt the technology.”

Participants did express concerns about online privacy and how to keep their personal information safe. Others expressed concerns about contracting computer viruses online and being overwhelmed by the sheer amount of information available online on a given topic such as health care. One of the biggest barriers respondents cited in acquiring online access was the lack of knowledge and skills and frustrating experiences in trying to learn. Several had attempted to take computer skills classes in the past, or learn from family members with poor results. Several reported they felt disrespected or talked down to in computer classes, that instructors assumed they had a certain level of knowledge and did not make an effort to help them if they were behind their peers. Several reported leaving classes or not returning after a first session because they felt they weren’t welcome.

With those findings, the researchers designed a computer literacy and online skills course for low-income, African-American older adults at the same community center at which they held the focus groups. The curriculum is designed around the concerns and questions focus group participants had, and covers a number of topics:

The research team has been working with KU students to offer the courses since September, teaching the necessary skills and having at least two instructors available at a time to answer questions and help participants practice what they’ve learned. At the conclusion of the class, the participants will have the chance to serve as peer mentors for the next cohort.

The input from participants helped ensure the course will meet their needs, and not just rely on assumptions about what they hope to learn.

“This study is an important step to build strategies and health promotion programs with the community. Often programs that are targeted to underserved populations are designed without the patient or community members' voice,” Lumpkins said. “It is imperative that this element is included to avoid ineffective programming that is researcher-focused and void of translational information that is useful for the community.”

The project has not only helped understand one particular age, income and racial group, but it can shed light on barriers to online access for a number of underserved communities. There is a great deal of research that examines the digital divide on an international level, revealing which countries have more access to the Internet than others and where connections are strongest, Seo said, but very little understanding underserved populations, minority demographics and their specific needs in the U.S. The researchers have begun similar projects helping women in transition from incarceration to private life, low-income older adults and immigrants improve their computer skills, and overcome barriers to access.

“We want to collect information at multiple time points. I hope by the end of the program this year we will have learned much more and be able to provide a more nuanced and developed understanding of this particular underserved group,” Seo said.

The researchers said they were impressed by the participants’ desire to learn. Better understanding their barriers, including financial and others, can help design better strategies and programs to support technology adoption, which is vital in an age when more of life is lived online.

“A significant percentage of what we used to do mostly physically is moving online, and this is a trend that will continue,” Geana said. “Not keeping up with the minimum requirements that will allow these at-need populations to engage online could impact their access to social services, health information and medical services, news, entertainment and more. Not knowing how to use digital channels to communicate with family and friends could promote isolation, depression and psychological problems. Older adults with mobility problems could use these technologies to stay connected, be independent longer and improve their quality of life.”