LAWRENCE — This Saturday, the Spencer Museum of Art opens an exhibition celebrating the centennial of its collection. "Civic Leader and Art Collector: Sallie Casey Thayer and an Art Museum for KU" presents artworks from the 1917 founding gift, several of which have never been on view, along with archival materials that shed light on the collection’s origins. The exhibition is funded in part by the Institute of Museum and Library Services and the E. Rhodes and Leona B. Carpenter Foundation.

In June 1917, Kansas City philanthropist Sallie Casey Thayer donated her collection of more than 7,000 objects to the University of Kansas “to encourage the study of fine arts in the Middle West.” The university established a museum to share Thayer’s collection in 1928, and eventually this museum assumed the name it holds today: the Helen Foresman Spencer Museum of Art.

“This exhibition explores Thayer’s collecting practices and motivations, in particular her commitment to women and their role in civic affairs and influencing culture,” Straughn said. “How and why Sallie Casey Thayer formed her collection also presents broader questions about the meanings of art collections and the role of museums in society.”

To help viewers digest the significant amount of history presented in the exhibition, the Spencer Museum of Art App will offer expanded content for objects on view. Within the app, which is free for iOS and Android, users can explore additional label content, archival documents, detail photographs and a tour of objects given by Thayer on view in permanent collection galleries. 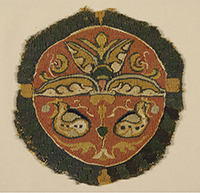 A grant of more than $124,000 from the Institute of Museum and Library Services supports the exhibition and funded conservation for key artworks from Thayer’s gift, including a large Japanese shrine and a Potawatomi blanket with intricate ribbonwork. The grant also supported a research assistant and digital imaging assistant. The students in these positions added new information and photographs to the museum’s records for objects from Thayer’s collection.

KU students have played a key role in the development of the Thayer exhibition and related programming. In addition to conducting research for the exhibition, students from various departments will be involved in a musical production that explores the history of Sallie Casey Thayer, her collection and the collection’s first curator at KU, Minnie Moodie. The musical, “My Name is Sallie,” is sold out for both performances on Oct. 25-26 but will be livestreamed on the Spencer Museum’s YouTube channel.

Visitors to the exhibition, which will be on view through Feb. 4, 2018, can expect to see a range of objects, including lace and textiles, glasswork and metalwork, American and European painting, Japanese prints and much more. The global scope of Thayer’s gift set the tone for future growth of the Spencer Museum’s collection, which today includes more than 45,000 objects representing cultures across six continents and 5,000 years of human history. 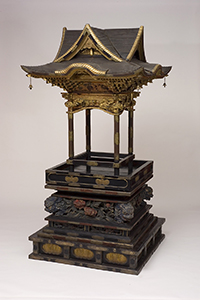 “Thayer’s vision of her collection as an educational resource continues to influence the Spencer’s mission today as a teaching museum,” Director Saralyn Reece Hardy said. “This exhibition allows us not only to reflect on our origins, but also to look forward, as Thayer did, to how we can be a relevant source of creativity and inspiration.”

Search options »
Subscribe to KU Today
KU in the news
The Kansas City Star — Sun, 09/12/2021
‘The eviction crisis is real’
The Washington Post — Sun, 09/12/2021
Words describing mental health can stigmatize. That’s painful and dehumanizing.
"Whereas we expected that spiders had maternal instincts from their very beginning, it is ... very nice to have act… https://t.co/9paHAk4hqc
«»
Follow us on Twitter »
Why KU
Apply »
One of 34 U.S. public institutions in the prestigious Association of American Universities
44 nationally ranked graduate programs.
—U.S. News & World Report
Top 50 nationwide for size of library collection.
—ALA
5th nationwide for service to veterans —"Best for Vets: Colleges," Military Times