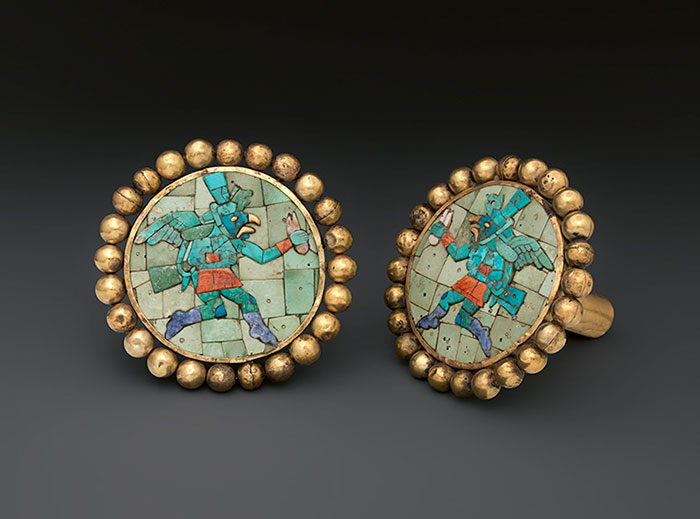 LAWRENCE — Ancient indigenous peoples of Latin America fashioned gold and other materials like jade, shell and feathers into flashy, breathtaking jewelry and other pieces of adornment to signify importance. 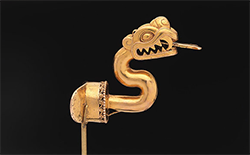 "These were the status objects, the Rolex watches and the Hermès ties, things that you would buy at Tiffany's or Fifth Avenue stores of today," said John Hoopes, University of Kansas professor of anthropology. "They were the high-end brand items that are desired objects that represent wealth and status and power."

Hoopes served as a consultant on a landmark exhibition, "Golden Kingdoms: Luxury and Legacy in the Ancient Americas," currently on view at the Metropolitan Museum of Art in New York. It brings together hundreds of luxury craft goods of the Incas, Aztecs and their predecessors, some nearly 3,000 years old.

"It's one of the largest exhibitions of Pre-Columbian art assembled in recent years," Hoopes said. "It brings together all of these really amazing objects into one place." 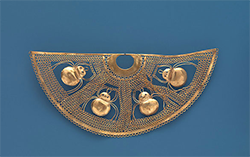 The Metropolitan Museum of Art, the J. Paul Getty Museum in Los Angeles and the Getty Research Institute co-organized the exhibition that includes more than 300 objects from 52 institutions among 12 countries across the world. The New York exhibition runs through May 28.

The exhibit's curators, Joanne Pillsbury, Timothy Potts and Kim Richter, first contacted Hoopes, who specializes in the archaeology of southern Central America and northern South America, in 2014. He traveled with them to Costa Rica and Panama to visit several museums and archaeological sites, review collections for material to include and talk with other archaeologists and curators. 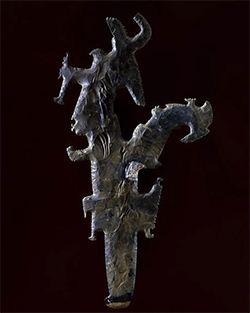 In 2015, Hoopes also participated in international workshops in Lima, Peru, and Mexico City to present ideas, review collections and help the curators to conceptualize the exhibition.

"My particular focus, on which I also contributed a chapter to the catalog, was the 'luxury arts' in jadeite and gold from Costa Rica, Panama and Colombia," he said.

Hoopes also assisted with other themes. He said much of the exhibition focuses on exploring how people from ancient civilizations selected the materials and transformed them, gave them meaning and then used them as part of the most important rituals of their time.

"These objects were worn by warriors, shamans and probably by chiefs," Hoopes said. "The reason we call them luxury objects is because they were made and used by the elite and people in positions of power. We still put much of our wealth into the military, so it's not surprising that ancient peoples did the same."

The exhibition likely has gained significance and much attention as many people with Latin American family origins and heritage have immigrated to the United States in recent decades, he said.

Top photo: Part of ear ornaments with winged runners from A.D. 400-700, from the Peru Moche civilization, and made of gold, turquoise and shell.

Fourth photo: Scepter with profile figures, sculpted out of stone and from the 7th-8th century Mayan culture in Guatemala.

Search options »
Subscribe to KU Today
KU in the news
Inside Higher Ed — Thu, 08/11/2022
When therapy harms
The Wall Street Journal — Thu, 08/11/2022
The price we pay for being less social (opinion)
The notion of "cultural landscape" has facilitated the recognition of Asia-Pacific historic environments as worthy… https://t.co/LpoT4AShOA
«»
Follow us on Twitter »
Why KU
Apply »
One of 34 U.S. public institutions in the prestigious Association of American Universities
44 nationally ranked graduate programs.
—U.S. News & World Report
Top 50 nationwide for size of library collection.
—ALA
5th nationwide for service to veterans —"Best for Vets: Colleges," Military Times