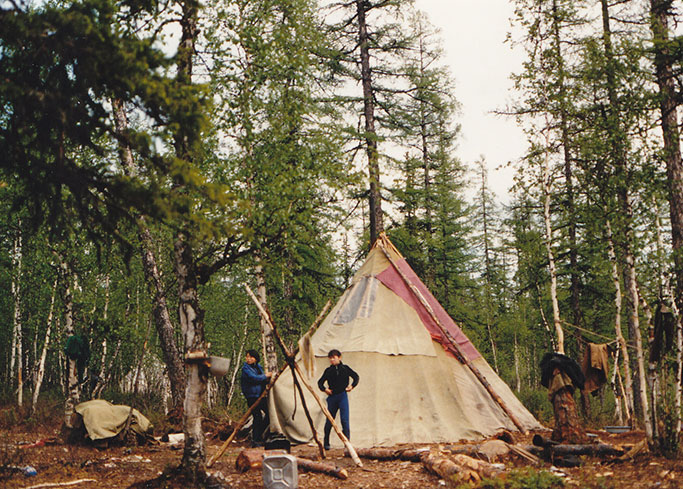 LAWRENCE — A University of Kansas anthropological geneticist is part of an international research team working to shed light upon one of the unanswered questions concerning the peopling of the New World: Namely, what was the size of the original founding population of the Americas? 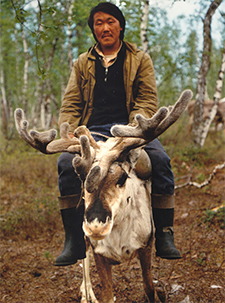 Despite numerous genetic studies that have helped contribute to knowledge about how ancient groups populated the Americas, scientists have not reached a consensus about how many Native Americans made up the original population. This analysis of DNA sequences suggests the Native American founding population that migrated from Siberia consisted of approximately 250 people.

The study "How strong was the bottleneck associated to the peopling of the Americas? New insights from multilocus sequence data," published in the journal Genetics and Molecular Biology, includes Michael Crawford, KU professor of anthropology, and the researchers' results corroborate findings of previous studies that were based on smaller datasets.

"Going from a few hundred founders to around 40 million inhabitants of the Americas, who eventually live under different environmental conditions to which they adapt, is pretty exciting stuff," said Crawford, also head of KU's Laboratory of Biological Anthropology. "It's about understanding how evolution operates in terms of genetic diversity."

The researchers examined nine noncoding regions of the DNA samples collected from populations that trace the path of the migration. This included samples of individuals from China, 10 Siberian groups and from 10 Native American populations scattered across Central and South America representing several different tribal affiliations.

The Siberian population samples were collected just following the collapse of the Soviet Union. Crawford is an expert on genetic markers of Siberian human populations. Funded by the National Science Foundation, he led the first foreign anthropological team into Siberia in 1989 after the breakup of the Soviet Union. He also has worked on Aleut and Eskimo migration patterns from Siberia.

"It is difficult to go back in time to follow the populations, but we can characterize contemporary genetic diversity and estimate the mutation rates that have occurred in different regions," Crawford said.

In a 2015 study, Crawford was part of a group that found the ancestors of all present-day Native Americans entered the Americas from Siberia into what is now Alaska no earlier than 23,000 years ago. This founding group did split into the Athabascans and Amerindians after spending no more than an 8,000-year isolation period in Beringia — the land bridge that once connected Siberia to Alaska.

In this new study, the researchers sequenced DNA from the nine independent, noncoding regions of the genomes from indigenous peoples distributed from China to South America spanning over 15,000 years. They determined the breeding size or founding populations by isolation-with-migration computer simulation models based on 100 million generations. Each analysis revealed founding groups were between about 229 to 300 people. This led the group to estimate the parameter for the original founding population of Native Americans of about 250 people.

Recognizing the size of this genetic bottleneck during the populating of the Americas is important for determining the extent of genetic markers needed to characterize Native American populations in genome-wide studies and to evaluate the adaptive potential of genetic variants in this population, according to the research group.

Crawford said the genetic data helps paint a fascinating picture of how the ancient migration unfolded.

"It wasn't a matter of a group that announced, 'Let's go follow this one,'" he said. "It was a matter of population fission among hunters and gatherers. There would be about 50 people, and when the population's fertility gets higher and higher, the population splits into the next so-called 'county' and then the next. After 15,000 years, you can put them all the way down in Argentina."

The project required collaboration from researchers across the Americas, especially to gain access to the DNA samples and cooperation of various Native American populations and those in Siberia and Asia. The study's corresponding author is Nelson J.R. Fagundes of Universidade Federal do Rio Grande del Sul in Brazil. Co-author Rohina Rubicz of the Division of Public Health Sciences at the Fred Hutchinson Cancer Research Center in Seattle completed her doctoral training at KU. Larissa Tarskaia, originally from Yakutia, Siberia, from the KU Laboratory of Biological Anthropology, served as a postdoctoral researcher for Crawford.

Photos: Reindeer herders of Siberia are photographed by a research team led by Michael Crawford, KU professor of anthropology, who led the first foreign anthropological team into Siberia in 1989 after the breakup of the Soviet Union. In a recent study, researchers used DNA samples collected on this expedition from members of indigenous groups in Siberia and compared them with samples of individuals from China, and 10 Native American populations across Central and South America. The researchers' analysis of DNA sequences suggested the Native American founding population that migrated from Siberia consisted of about 250 people. Credit: Michael Crawford.