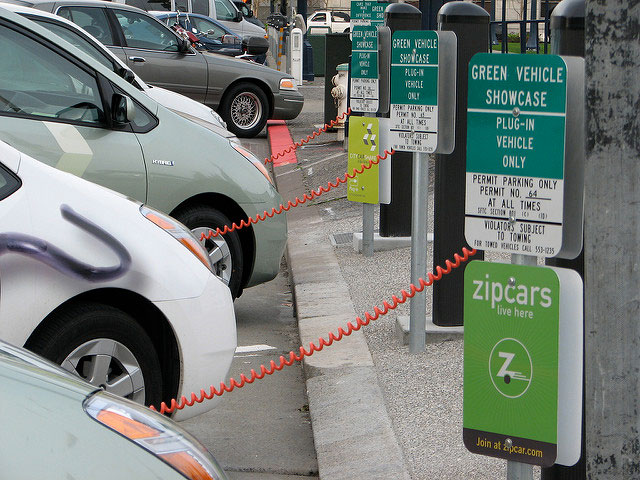 LAWRENCE — Drivers considering plug-in hybrid vehicles with a gasoline backup are most interested in economic benefits while those gravitating toward battery-electric vehicles have stronger environmental concerns, according to a study led by a University of Kansas transportation policy scholar.

The research has identified distinct profiles of people considering newer electric vehicle technologies showing the two types of vehicles — one that offers gasoline as a safety net and another that relies solely on battery charging — are very different in the eyes of consumers. 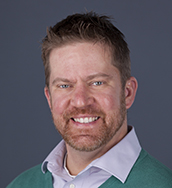 "Our findings inform the misconception and show that electric vehicles are not a homogeneous entity," said the study's lead author Bradley Lane, associate professor in the KU School of Public Affairs & Administration. "There are distinctive profiles of potential users for whom a plug-in hybrid is attractive and another for whom a battery electric is attractive. And these are two very distinct groups, similar to how there is a group of users who are attracted to a sport-utility vehicle and a separate group attracted to an economy car. We have shed more light on what factors influence how people make these decisions."

The findings could be important as automakers seek to market more electric vehicles and for national, state and local policymakers as they consider changes and any potential incentives for the production and use of the different types of electric vehicles. Much of the recent incentives date back to the 2009 American Recovery and Reinvestment Act that Congress passed in the Obama administration's early days.

"After about 10 years into significant policy and investment, there are still a lot of unknowns about these vehicles from the viewpoints of the consumers," he said.

But the advancement of electric vehicle technologies still represents one of the most notable developments of surface transportation in recent decades. With much of the petroleum-based resources being finite and located in politically unstable regions, there likely will continue to be a push for alternative fuels for internal combustion engines, Lane said.

The global stock of plug-in electric vehicles has grown from virtually zero in 2010 to more than 2 million in 2016, and in 2017, about 200,000 new plug-in electric vehicles were sold in the United States, which was a 26 percent increase over 2016 and a 72 percent increase over 2015. The growth is rapid, but they still account for a small share of total new vehicle sales, Lane said.

"This research helps tell us how the technology has to advance in order for more of these vehicles to contribute to short-range policy goals and making them more financially viable for companies understanding how to market and sell them," Lane said. "The long-term goal is for getting away from petroleum as a dominant source of fuel and have a positive impact on the environment."

To gain insight into the opinions of those interested in buying plug-in electric vehicles across the country, the researchers gathered data through a 15-minute online survey administered in late 2013 among a random sample of roughly 100 adult drivers from each of the nation's 32 largest metropolitan areas. They focused on 1,080 respondents who expressed the intention to purchase or lease a new vehicle in the two years following the survey.

In addition to the distinct profiles of people who prefer either plug-in hybrid vehicles and battery electric vehicles, the findings also pointed to drivers' considering what is known as "range anxiety" as a factor in their choice of vehicle, Lane said.

Drivers who preferred the plug-in hybrid vehicles with a gasoline backup prefer the familiarity and convenience of being able to quickly refuel at a gasoline pump station at will rather than being dependent on finding an electric charging station.

"The data indicate that this group of people tends to view plug-in hybrid vehicles from a much more economically rational viewpoint," Lane said. "They register as having high household gasoline expenditures, or take longer trips, and they are reliant on their vehicles. So their interest in plug-in hybrids comes from their potential to reduce household travel expenditures with their next vehicle."

Also, this group of drivers is more concerned about potential unpredictable trips and use of the vehicle, and they seem to be more comfortable with having a vehicle with a gasoline engine as a backup, Lane said. This contrasts strongly with those who express interest in a battery electric vehicle, who are more interested in the environmental impact and image of owning such a vehicle.

This could provide implications for policymakers in cities who consider placement and availability of public electric charging stations. However, the researchers also found evidence that these perceptions might be deeply ingrained among these two distinct groups of drivers, he said.