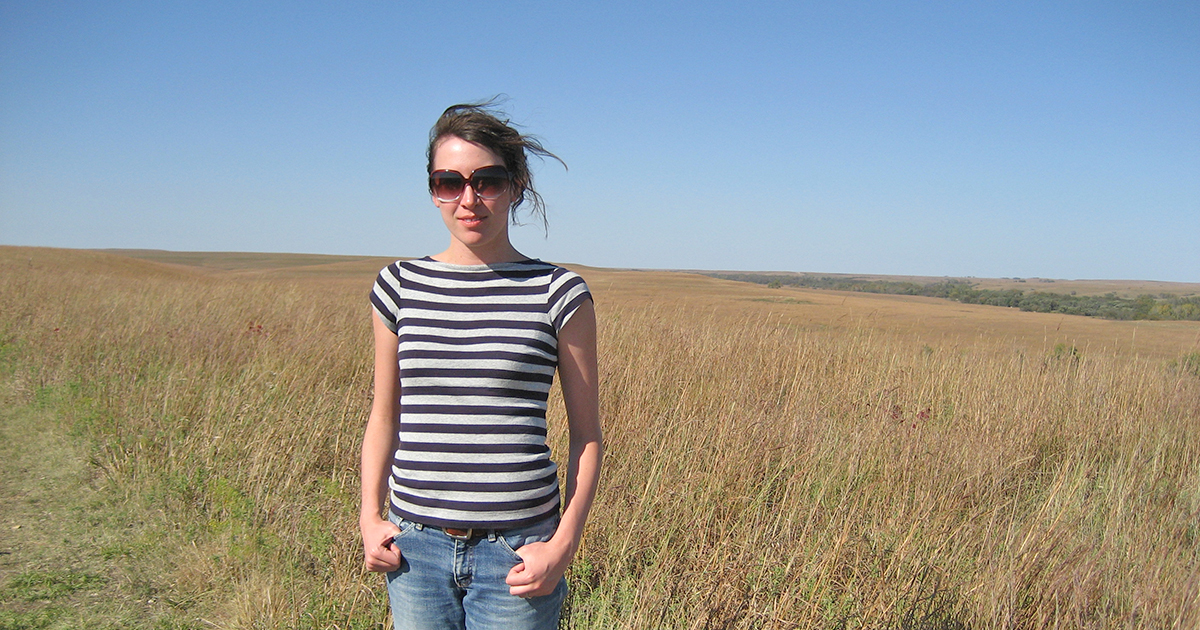 LAWRENCE — Megan Kaminski grew up in an East Coast city, so she knows what some there think of the Midwest: flyover country. 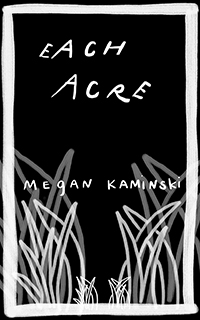 But during the 11 years the associate professor has been part of the University of Kansas Department of English, she has found it rewarding to focus her poetry on a close-up, more nuanced view of the Midwestern landscape and our relationship to it.

“Each Acre” is her latest publication, a 2018 chapbook from Above/Ground Press consisting of one 10-part poem.

Kaminski says her focus on the particulars of the natural world is a way of recognizing and understanding what stands to be lost in the face of mass-extinction events caused by human activity in the form of such things as pollution and global warming.

“The work of changing people's minds has to come from changing their hearts,” she said. “That's why I write poems instead of writing academic essays about global warming.”

The poem cycle in “Each Acre” sprang from this desire, Kaminski said.

“I wanted to point to both the particularity of each acre and the desire to care for each acre,” the poet said. “The many, many acres are probably more than we can fathom in their specificity. But the point is to realize that if one acre is dear to us, then every acre has a reason to be dear to us, in that it is dear to some person or animal or plant that lives there.”

In one section of “Each Acre,” Kaminski sits the reader down right next to her at the breakfast table.

“I hear each dropfall each rivulet in the lawn

“coursing toward street to gutter

“train-call in the distance calling me back …”

She’s been trying to dive as deeply as she can into the natural world, even to the point, she said, of thinking like a plant. She contributed an eight-part poem titled “Weeds” to the catalog for last year’s “Big Botany” exhibition at the Spencer Museum of Art. And she thoroughly enjoyed visiting scholar and former mentor Rice University Professor of English Timothy Morton’s “Big Botany” talk on plant thinking.

“He gave a great talk about how, if we can think like a plant, or at least understand how plants might think, that might give us a way to change our behavior. His philosophical approach to the topic very much aligns with my poetic approach. Research from evolutionary biologists, botanists and philosophers like Morton has been essential to my artistic process, even if you can’t readily see its traces in the poems themselves,” Kaminski said.

“Most people think about plants as not being sentient, as not being cognizant,” she said. “But research is showing this not to be true. There are plants that recognize their kin and react to them differently as a response. Plants adjust their very structures in response to their environment and the other beings that inhabit it. They are great models for understanding things like epigenetic inheritance … how genetic material is passed on intergenerationally … outside of the DNA sequence and the ways we traditionally think of evolution.”

Even so, Kaminski said, Morton “argues that you can't motivate people through shame. And I agree. That's why my project isn't saying, ‘You're wrong! How dare you eat nonorganic food or use an herbicide on your lawn?’ I don't think that's how you change people's minds. I don't think that by scolding people and telling tales of ruin you change the way people think on a deep level. That's why I write poetry … to touch people's hearts.

“You really have to change out of compassion and care, out of deeply wanting to live differently in the world, because maybe you feel like you have different kinds of obligations, or you want to have a different relationship with the animals around you.”

Not that Kaminski limits her thinking to people, mammals or animals of any sort.

“Each Acre,” she said, is part of a larger writing project “that explores botanical forms as models for human possibility. It’s about plant thinking and maybe even a plant ethics.”